'What's the security deal? Does he need permission every time he wants to leave his house?' asked former J-K CM Omar Abdullah as he took a dig at the UT's Principal Secretary Rohit Kansal for claiming Saifuddin was not under detention. 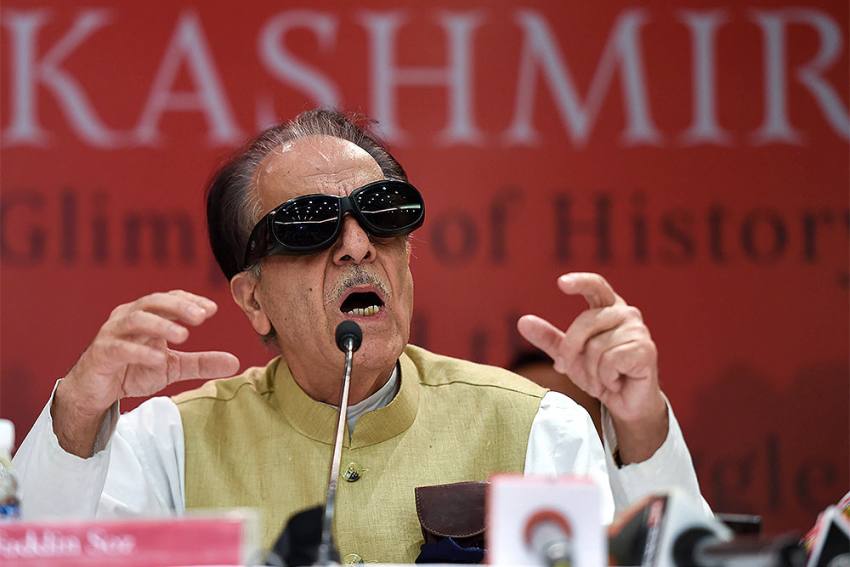 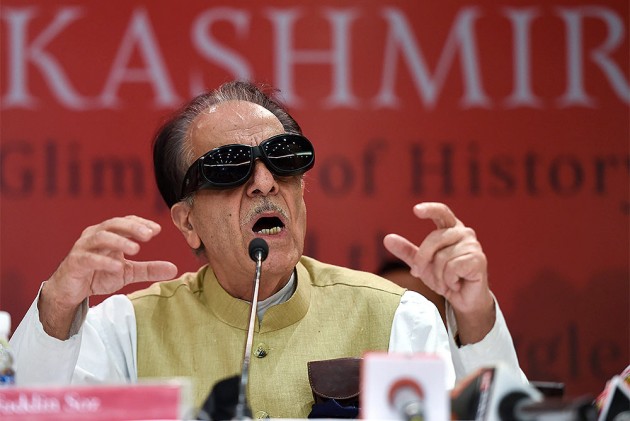 As videos show former Union Minister Prof. Saif-ud-Din Soz being under 'detention' despite the J-K administration telling the Supreme Court that he is a 'free' man, political parties in the Union Territory have stepped in saying the government has been lying all along.

The Jammu and Kashmir administration sparked a controversy on Wednesday as it informed the Supreme Court that there are no curbs on the movement of Prof Soz. Jammu and Kashmir Principal Secretary Rohit Kansal also took to Twitter to defend the government's position. He said, "Mr. Saiffudin Soz former MP and Minister not under arrest or detention. He has been to Delhi twice- in October and December. Free to go wherever he likes with usual security drill. No question of lying in Hon SC."

However, former J-K CM and NC leader Omar Abdullah hit back at Kansal saying Soz travelled to Delhi for medical reasons and was detained at home as soon as he returned. "I’m sorry Rohit but it’s better to let the official twitter handles put out the propaganda. I’ve worked closely with you & it’s disappointing to see your handle put out this tweet," Abdullah said.

I’m sorry Rohit but it’s better to let the official twitter handles put out the propaganda. I’ve worked closely with you & it’s disappointing to see your handle put out this tweet. Soz sb traveled for medical reasons & was detained at home as soon as he returned. https://t.co/GnnZDumsMf

Abdullah, who was released in March after eight-month detention, further asked to know about the "security drill" as mentioned by Kansal. "Does he need permission every time he wants to leave his house? It took a colleague of mine more than 72 hours & his cardiologist’s intervention before he was permitted to travel to Delhi for a check up," he said.

He said it was "very convenient" to claim someone is not detained  because "there are no formal detention papers, just instructions to the police at the gate."

Amid the allegations of the government lying, a video, aired by NDTV, shows Soz shouting from behind his Srinagar residence's closed gates saying, "These policemen are stopping me. You are seeing this. Tell this to the Supreme Court." He also refuted the claims that he was not detained.

The government's claims have come under increased scrutiny since Soz scaled the boundary wall of his residence on Thursday to show that he was not free. He spoke to the media from the other side of the wall as the police did not allow him to come out of his residence.

The National Conference said treatment given to respected political figure Prof Soz is unfortunate but it is not unique. Abdullah had earlier tweeted saying his party has gone to the Court as more than 15 National Conference leaders have been similarly illegally detained the way Prof Soz has been.

NC spokesperson Imran Nabi Dar accused the government of having a habit of lying. "The government has repeatedly been saying that political leaders are not in custody, but they continue to be in custody," he said, adding that the heckling of Soz by a policeman is condemnable.

Soz's son Salman Anees has also tweeted a video of his father speaking from behind the house gates. He said that the Jammu and Kashmir government lied to the Supreme Court about Soz's detention.

"Dear Supreme Court of India: The J&K Government lied to you. This is proof. Now, will you accept your own humiliation or hold the govt accountable? History will judge you," Salman Anees Soz said.

Dear Supreme Court of India: The J&K Government lied to you. This is proof.

Now, will you accept your own humiliation or hold the govt accountable? History will judge you. https://t.co/nO4Q0ukttJ

Peoples Democratic Party's senior leader Naeem Akhtar said, “I can see from my window the approach road to Prof Soz’s house is sealed.”

“I am myself in a similar situation and many of my colleagues who refused to leave PDP under temptation or pressure, they are also held under house arrest,” Akhtar added.

In a statement, Bukhari termed the restrictions on Prof. Soz as unwarranted and uncalled for, especially when the J&K administration has informed the Supreme Court that the Congress leader was not placed under detention.

Bukhari sought the intervention of the Lieutenant Governor G C Murmu into the incident in order to remove the contradictions. “On the one side, J&K administration has reportedly filed an affidavit in the Apex Court saying that Prof. Soz has not been detained at all and on the other hand, the police did not allow the veteran Congress leader to venture out from his residence in Srinagar today. This is an unjustifiable approach on part of the J&K administration which is strongly condemnable,” Bukahri said.