Home  »  Website  »  National  » Interviews  »  It Is Incorrect And Premature To Say That The Third Covid Wave Is Inevitable: ICMR

It Is Incorrect And Premature To Say That The Third Covid Wave Is Inevitable: ICMR

Two studies by ICMR will give enough resource to predict any wave and its severity, says Dr Samiran Panda. 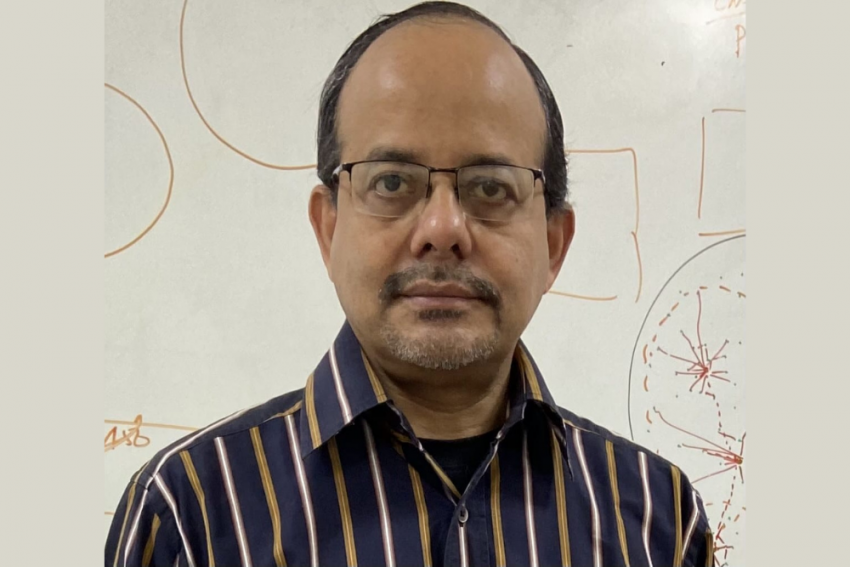 Dr Samiran Panda, Head, Epidemiology & Communicable Diseases Division of the Indian Council of Medical Research (ICMR) has underlined that the transmission of SARS-CoV-2 is influenced by multiple factors, which are dynamic and are behavioural, biological and societal in nature.

He further added, any speculations about the inevitability of the third wave of Covid-19, which did not take such dynamic influences including ongoing public health interactions into account, should be dismissed.

In an interview with Outlook, Dr Panda said that ICMR is presently working together with Imperial College, London on mathematical modelling around various aspects of potential future waves of COVID-19. It is possible to have many Important public health reflections from such modelling exercise - the results of which are going to come out shortly. A nation-wide seroprevalence survey (4th round) is also being conducted by ICMR, which upon completion will further add to these discourses. Excerpts:

Do you think the third wave is inevitable as many health experts have started speculating about it?

No, it is incorrect and premature to say that the third wave is inevitable. The disease transmission will behave differently in different states based on what happened earlier in terms of speed of attaining the peak as well as the timing of imposition of local restrictive measures during the second wave.

What are the factors indicative of the third wave?

We are analysing those factors. We are carrying out mathematical modelling of the spread of the infection across the country. A nationwide seroprevalence survey is also being conducted. These two studies will give us enough resource to predict any wave and its severity and will also help in estimating potential health care burden as well as resource needs. That’s why I told you that it would be premature to say that any wave is inevitable unless we carry out a thorough examination of the ground situations.

In Delhi, despite a lot of crowding and inappropriate behaviour, cases are not going up. What does it indicate?

It does indicate that Delhi has touched its peak and a lot of people have developed antibody against the present strains of the virus. It definitely indicates a high level of resistance. The reason for this antibody development could be natural infection as well as effects of ongoing vaccination drive. We never want people to get infected naturally because we don’t know who will become severely ill. So, it is better to take a vaccine so that the body can fight the virus effectively and prevent progression to a severe stage of disease following the acquisition of infection.

Having said that, I will also emphasise the fact that people must have Covid-19 appropriate behaviour. They must wear a mask, maintain hand hygiene, maintain physical distancing during social interactions and avoid mass gathering.

All three – the virus, the host (human being) and the environment play a role in bringing any wave of infection. The most infectious variant, the Delta and the Delta plus was already prevalent in many parts of the country and a significant percentage of the population has already developed antibody against these. So how will the third wave come unless there is an unprecedented mutation in the virus or the already acquired immunity decays quickly?

I agree with you that the population is not so vulnerable because the second wave was so huge that it infected a large number of people.

But, according to you, appropriate covid behaviour will play a crucial role in preventing the third wave?

Yes, we can prevent the third wave with vaccination and appropriate covid behaviour. However, the face mask use needs to be 'correct and consistent'. Using a face mask like a neck wrap or a chin guard does not work.

You have just talked about mathematical modelling to assess the immediate future scenario. Can you give some more details about it?

We have discussed in details the spread of infection during the second wave and the timing of state-level lockdown. We are putting it in a form of mathematical modelling that can be used across the country. For instance, some states enforced lockdown before they touched the peak whereas some states did it after reaching the peak. Now if those states that enforced lockdown before they reached the peak, if they unlock, there is a possibility of an increase of cases as the vulnerable population will be more in numbers because of less spread of infection. The mathematical modelling will tell us all these things. This will also help in deciding upon the future vaccination strategy.

You are also conducting the seroprevalence survey. Will it not help find out the actual status of the spread of infection?

Yes, this will tell us the spread on the national level but for state-level representation, the states will have to conduct their respective state-specific survey.

Should every state carry out such a seroprevalence survey like what you are doing at the national level?

If they want they can but until they do so, our mathematical model is going to be of good help to guide them in the matters of vaccination and many other preventive measures related decision making.