Mid-day school meals can help with education, fertility decisions, and access to health care, lowering the risk of undernutrition in the next generation. 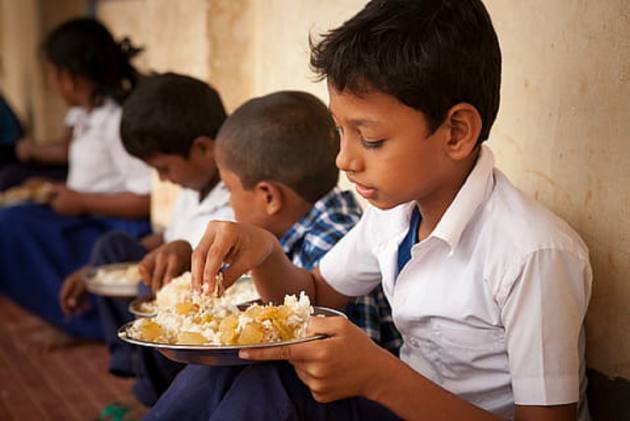 According to a study, women who received free meals in India's elementary schools had children with better linear growth. The findings, which were published in the journal Nature Communications on Monday, implying that school feeding programmes may have intergenerational implications on child nutrition.

India has the biggest number of undernourished children and the world's largest school feeding programme, the Mid-Day Meal (MDM) plan, according to researchers at the International Food Policy Research Institute (IFPRI) in the United States. However, the scheme's long-term nutritional benefits are uncertain.

"Our findings suggest that intervening during the primary school years can make important contributions to reducing future child stunting, particularly given the cumulative exposure that is possible through school feeding programmes," said study co-author Suman Chakrabarti from the University of Washington in the US.

The findings also show that school meals may contribute to education, later fertility decisions, and access to health care, reducing the risk of undernutrition in the next generation, the researchers said.

"School feeding programmes such as India''s MDM scheme have the potential for stimulating population-level stunting reduction as they are implemented at scale and target multiple underlying determinants of undernutrition in vulnerable groups," said study co-author Samuel Scott from IFPRI.

Study co-author, Harold Alderman from IFPRI, noted that findings from previous evaluations of India''s MDM scheme have shown a positive association with beneficiaries'' school attendance, learning achievement, hunger and protein-energy malnutrition, and resilience to health shocks such as drought.

All of these may have carryover benefits to children born to mothers who participated in the programme, he said.

Further research is required to understand whether improving the quality or quantity of meals provided and extending the programme beyond primary school might further enhance its benefits, the researchers added.

The MDM scheme, initiated by the central government in 1995, was intended to cover all government schools under the National Programme of Nutritional Support for Primary Education, the authors of study wrote.

Due to institutional challenges, only a few states scaled up the programme immediately, they said.

According to the researchers, data from 1999 show that only 6 per cent of all girls aged 6-10 years received mid-day meals in school.