India expressed its concern over the treatment of Hindu and Sikh minorities and their places of worship and asked Pakistan to ensure the safety and security of its minority communities. 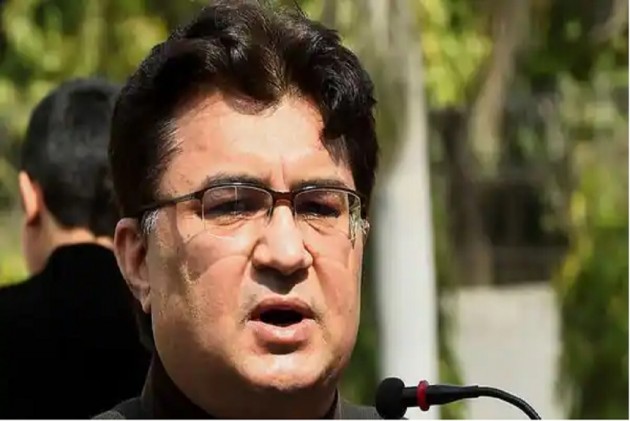 India summoned Pakistan’s Charge d’Affaires in Delhi Aftab Hasan Khan on Thursday to protest the attack on a Hindu temple in Rahim Yar Khan region of  rural Punjab. India expressed its concern over the treatment of Hindu and Sikh minorities and their places of worship and asked Pakistan to ensure the safety and security of its minority communities.

Delhi reacted to reports that idols in a Ganesh mandir were desecrated by a mob and the place set on fire. The angry mob also attacked a couple of Hindu homes located near the temple. There are so far no reports of any deaths from the violent incident. Pakistan authorities have said that the incident will be investigated and action taken.

“Incidents of violence, discrimination and persecution against the minority communities including attacks on places of worship have continued unabated in Pakistan,’’ MEA spokesman Arindam Bagchi said at his weekly briefing. He recounted several other such incidents which happened within the last year. He said various temples and Gurudwaras were attacked including the Mata Rani Bhatiyani Mandir in Sindh in January 2020, Gurudwara Sri Janam Sthan in January 2020, a Hindu temple in Karak in Khyber Pakhtunkhwa in December 2020. ``These incidents are occurring at an alarming rate while the state and security institutions in Pakistan have stood by idly and completely failed in preventing these attacks on the minority communities and their places of worship,’’ Bagchi added.

India, Pakistan Exchange Barbs Over Kashmir And Polls In PoK

India-Pakistan relations are back to square one, after a brief flutter of hope following the agreement on the LoC ceasefire that was announced in February. Expectations that the two governments would enlarge on the peace efforts through back-channel diplomacy and ease tension were belied quickly. It is back to angry statements from both Islamabad and Delhi. The situation in Afghanistan has further complicated the India-Pak relations.

India and Pakistan are on opposite sides of the divide in Afghanistan. While Delhi has backed the elected government of President Ashraf Ghani, Pakistan’s ties with the current government in Kabul are bad. Ghani and company blame Islamabad for giving support to the Taliban fighting the Afghan army.

The deteriorating security situation in Afghanistan and large-scale civilian deaths in areas where the fighting is intense have alarmed the international community. A discussion on Afghanistan is slated for Friday at the UNSC. India, which has been elected to the non-permanent membership of the UNSC for two years from the Asia-Pacific region, is holding the presidency for the month of August. Afghanistan’s foreign minister was on the phone with his Indian counterpart earlier this week and urged a discussion at the UNSC.

“We have been supporting the government and people of Afghanistan in realizing their aspirations for a peaceful, democratic and prosperous future, where the interests of all sections of Afghan society, including women and minorities. We are closely monitoring the evolving security situation, and we continue to call for an immediate and comprehensive ceasefire. We support an Afghan-led, Afghan-owned and Afghan-controlled peace process,” the MEA spokesman said when asked about India’s views on the critical situation in Afghanistan. Bagchi said that India will share its vision and perspective on Afghanistan at the UNSC discussions on Friday.