The Ministry of External Affairs (MEA) condemned, in the strongest terms, the "deliberate targeting" of innocent civilians by Pakistani forces 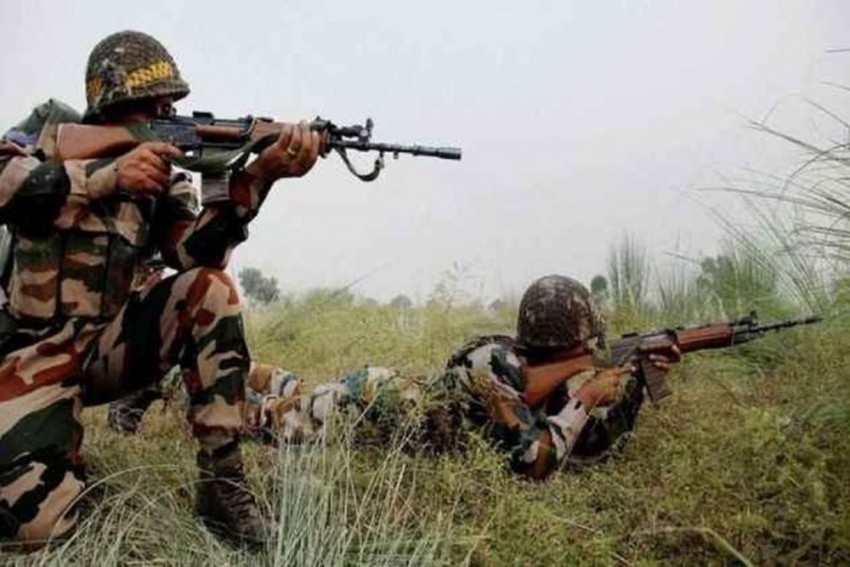 India on Saturday summoned the Charge d'Affaires of the Pakistan High Commission and lodged a strong protest with him over the unprovoked ceasefire violations by Pakistani forces on multiple sectors along the Line of Control (LoC) in Jammu and Kashmir targeting innocent civilians on the eve of Diwali.

The Ministry of External Affairs (MEA) condemned, in the strongest terms, the "deliberate targeting" of innocent civilians by Pakistani forces and said it was highly deplorable that Pakistan chose a festive occasion in India to disrupt peace and perpetrate violence in Jammu and Kashmir through coordinated firing along the LoC.

"The Charge d'Affaires of the High Commission of Pakistan was summoned by the Ministry of External Affairs today and a strong protest was lodged over unprovoked ceasefire violations by Pakistani forces, on multiple sectors along the Line of Control in Jammu and Kashmir on November 13, resulting in the death of four innocent civilians and serious injuries to 19 others," the MEA said.

Triggering a major flare-up along the LoC on the eve of Diwali, Pakistan resorted to heavy shelling in several areas along the LoC in north Kashmir killing five security personnel apart from the civilians following which Indian Army mounted a major retaliation pounding several Pakistani positions with anti-tank guided missiles and artillery guns.

Indian military sources said at least eight Pakistani soldiers were killed and 12 others injured in the retaliation.

"India condemns, in the strongest terms, the deliberate targeting of innocent civilians by Pakistani forces," the MEA said in a statement.

"It is highly deplorable that Pakistan chose a festive occasion in India to disrupt peace and perpetrate violence in J and K through coordinated firing along the length of the LoC using heavy caliber weapons, including artillery and mortar on Indian civilians," it said.

The MEA also reminded Pakistan of its bilateral commitment to not allow any territory under its control to be used for terrorism against India in any manner.

According to official data, Pakistan has resorted to 4,052 incidents of ceasefire violations in the current year as against 3,233 in 2019.

Notwithstanding the coronavirus pandemic in the region, Pakistan has been resorting to unprovoked ceasefire violations along the LoC and making concerted efforts to push militants into Kashmir.

Pakistani hostilities increased after India announced its decision to withdraw the special status of Jammu and Kashmir and divide the state into two union territories in August last year.

Meanwhile, Defence Minister Rajnath Singh said he lit a lamp to express his gratitude to the soldiers of the country on the occasion of Diwali.

On Friday, Prime Minister Narendra Modi appealed to the people to light a 'diya' as a "salute to soldiers", saying words cannot do justice to the sense of gratitude for their exemplary courage.

"Prime Minister @NarendraModi requested all countrymen to lit a lamp in honor of our soldiers during the festival of Deepawali. I have also lit a lamp today to express my gratitude to the soldiers of India," Singh tweeted.

The defence minister said when the country was celebrating Diwali, Indian soldiers were performing their national duty of protecting the borders.

"I salute such brave and dutiful soldiers," Singh said.