India Has Proven That It’s Not Weak: Rajnath Singh On Indo-China Border Row

‘We will give a befitting reply to any act of aggression,’ the Defence Minister said 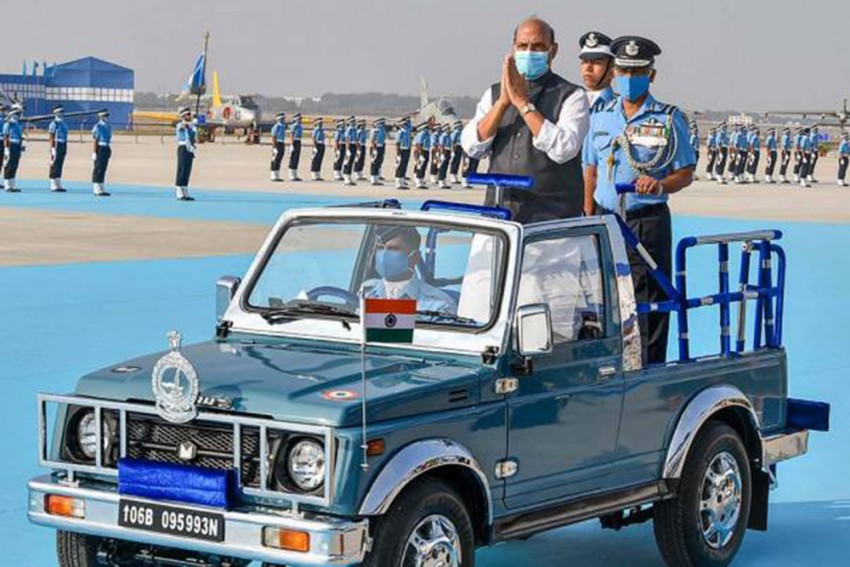 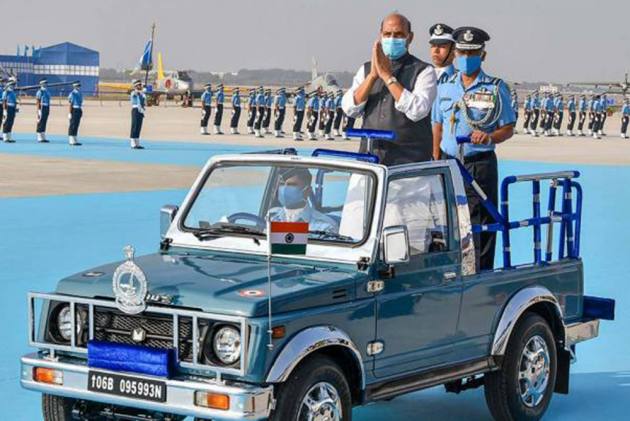 Defence Minister Rajnath Singh on Saturday said India's handling of the border row with China showed that the country was not weak and could give a befitting reply to any kind of transgression or aggression.

With the two countries having held several rounds of talks to resolve the issue, Singh said India wants a peaceful resolution, but asserted that no act challenging India’s self-respect will be tolerated.

India and China have been locked in a bitter military standoff along eastern Ladakh for the past seven months.

In his address at the Combined Graduation Parade at the Air Force Academy at Dundigal on the outskirts of Hyderabad, Singh also said China's "attitude reflected its intentions".

"But we have shown that India is not weak. This is new India that will give a befitting reply to any kind of transgression, aggression or any unilateral action," he said. India has found the support of many countries, even as it has received accolades, Sigh added.

Pointing out that rounds of talks have been held at the diplomatic and military levels to solve the issue, the Defence Minister said, "Let me reiterate, we don't want conflict, but peace. But we will not tolerate any harm to the country's self-respect. The country was prepared to face any situation, he said.

Referring to the western sector, Singh said Pakistan was indulging in skirmishes on the borders and charged the neighbour with indulging in a "proxy war" using terrorism, despite being defeated by India in four wars. Armed forces and police are effectively dealing with the issue of terrorism, he added. The country was not only handling terrorism effectively within, but even taking action beyond the borders, he said.

Referring to the air strikes at terror camps in Balakot in Pakistan, he said they demonstrated India's military strength to the world and the country's firm intentions against terrorism.

Stressing the need to change the strategies of war according to evolving times, Singh said the country may face challenges not only across the borders and the seas, but also Space and Cyber domains, for which it needs to be prepared.

"So it is necessary that you need to update yourself constantly. For future warfare and betterment, it is necessary that there should also be a scholar in you, besides a soldier," he said. The Defence Minister asked the newly commissioned officers to keep themselves updated about military strategy and technology and also focus on Artificial Intelligence.

Observing that the government has recently taken several important measures to empower and promote indigenisation in the armed forces, he said, on the one hand, the Light Combat Aircraft (LCA) Tejas, has been inducted and operationalised, while, on the other, the fifth-generation multi-role fighter plane Rafale has also been included.

As part of reforms, many steps, including increase in FDI limit in the defence sector, new policy on defence manufacturing and corporatization of ordnance factories were taken, Singh said. He also said air defence and maritime command are at an advanced stage of consideration.

Ready For Any Responsibility Given By Party: Rahul At Sonia's Crucial Meet With Cong 'Rebels'