In Mumbai, students from various colleges held a protest at the Gateway of India on Sunday midnight to condemn the JNU violence. 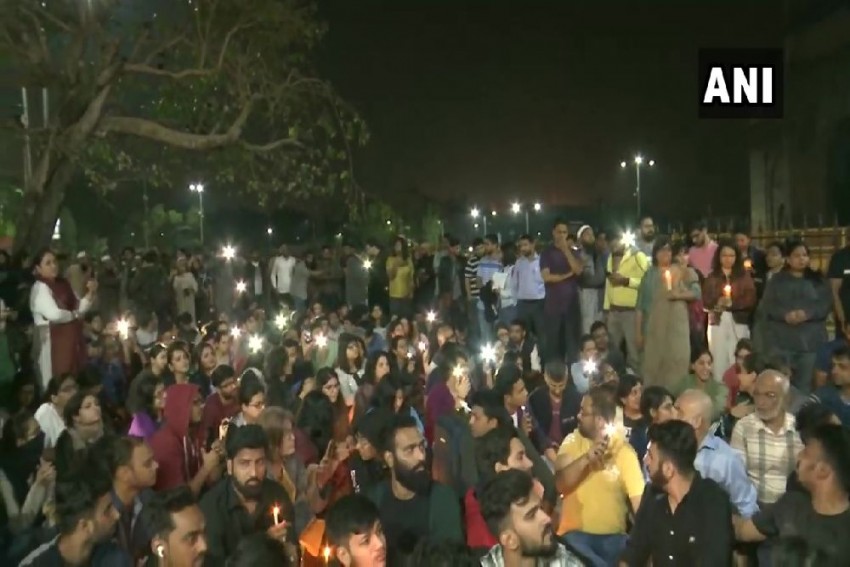 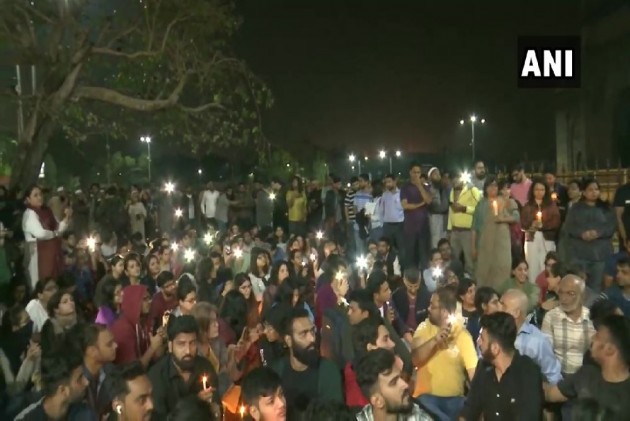 Hours after a group of masked men and women targeted students and teachers at Jawaharlal Nehru University on Sunday evening, students from across colleges and varsities in India and even abroad came out in solidarity with their JNU counterparts.

Protests were organised at Pondicherry University, Bengaluru University, University of Hyderabad and Aligarh Muslim University. Students staged peaceful marches to register their protest against the violence on the JNU campus.

"Today it is them, tomorrow it can be us. Violence in any form is condemnable. We stand by our friends in JNU," Raiza, a Pondicherry University student said.

Protests were also seen at Oxford and Columbia University where students expressed solidarity and took out marches holding posters demanding safety of students on campus.

In Mumbai, students from various colleges held a protest at the Gateway of India on Sunday midnight to condemn the JNU violence.

Former JNU students Umar Khalid and Kunal Kamra were part of the group which also held a candlelight vigil to show solidarity with JNU students.

Mumbai: Students from different colleges gather outside Gateway of India to protest against the violence in Jawaharlal Nehru University earlier today. #Maharashtra pic.twitter.com/6XL5Sqk425

Youngsters, mostly students from different city colleges, assembled on the pavement across Hotel Taj near the Gateway of India to condemn the violence.

It was an "impromptu assembly at a short notice,” a student said.

The students of Aligarh Muslim University (AMU), too, carried out a candle march to extend solidarity to JNU students hours after violence broke out on varsity campus.

They carried posters with "AMU stands in solidarity with JNU" written on them and raised slogans of "JNU Zindabad", "AMU Zindabad", and "Down with ABVP" during the march.

"This candle march was carried out in connection with the atrocities on JNU students on Monday. Goons came from outside and beat the students on campus, this is outrageous, the government should take strict action against the culprits," one of the student leaders at the march told reporters here.

Violence broke out at Jawaharlal Nehru University on Sunday night as masked men armed with sticks and rods attacked students and teachers and damaged property on the campus, prompting the administration to call in the police which conducted a flag march.

Similarly in Kolkata, students of the Jadavpur University also carried out a march to express their solidarity with the JNU community.

At least 28 people, including JNU Students' Union president Aishe Ghosh, were injured as chaos reigned on the campus for nearly two hours.

Eyewitnesses alleged the attackers entered the premises when a meeting was being held by JNU Teachers' Association on the issue of violence on campus and assaulted students and professors. They also barged into three hostels. Video footage aired by some TV channels showed a group of men, who were brandishing hockey sticks and rods, moving around a building.

The Left-controlled JNUSU and the RSS-backed ABVP blamed each other for the incident.

The JNU administration and political leaders, cutting across political lines, condemned the attack on students and urged the police to take actions against the perpetrators of violence.

‘It’s Clear Who They Were’: A JNU Teacher’s Account Of What Happened Inside Campus