Addressing a poll rally at Junagadh in Gujarat, PM Modi took a swipe at the Congress, saying it is known by many names as far as scams are concerned. 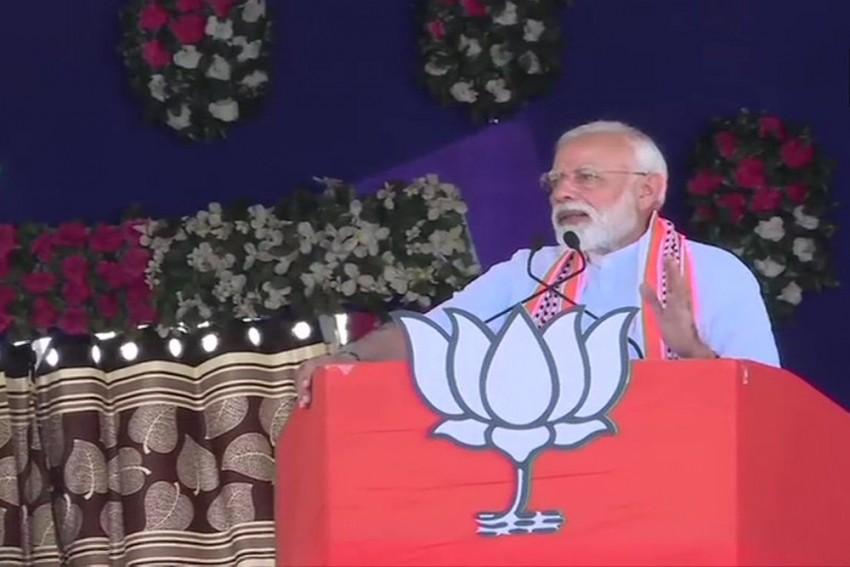 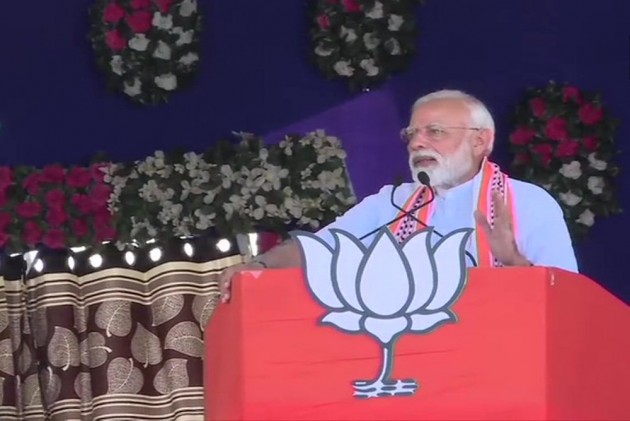 Prime Minister Narendra Modi on Wednesday accused the Congress of a "Tughlaq road election scam" where money meant for poor, pregnant women was looted from people.

The CBDT, that frames a policy for the I-T department, had said the department has also detected a trail of Rs 20 crore suspect cash allegedly being moved to the "headquarters of a major political party in Delhi" from the house of an important person who lives on Tughlaq Road, home to many VIPs.

Addressing a poll rally at Junagadh in Gujarat, PM Modi took a swipe at the Congress, saying it is known by many names as far as scams are concerned.

"Now it has got a new name, but with proofs. The Congress is indulging in a 'Tughlaq Road Chunavi ghotala', where money meant for the poor is being usurped for their own leaders. Money meant for pregnant women is looted," Modi said.

He said the Congress in its manifesto says everybody should get bail even if they commit a serious crime.

"For whom is this provision, is it for your leaders? In the last five years, I have brought them to the doors of the jail and if you give me the next five years, they will be inside," Modi said.

Taking a dig at the Income Tax raids on Chief Minister Kamal Nath's aides, he said after Karnataka, Madhya Pradesh has become the new ATM for the Congress.

"The situation in Rajasthan and Chhattisgarh is no different. Congress is only interested to come to power to loot people," he said.

Taking a jibe at the Congress, Modi said while the air strikes were conducted against Pakistan, it affected the opposition party in India.

He said the country can only prosper when it is secure.

"Modi wants to remove terrorism and they want to remove Modi. There is no abuse left which the Congress has not used against your son, your chowkidar," he added.

Slamming the Congress further, Modi said the party supports those who want to separate Jammu and Kashmir from India and want a separate prime minister for the region.

Recalling Sardar Vallabhbhai Patel's contribution during the freedom struggle, Modi said Patel asked the Army to take the situation under control amidst mayhem then while (former prime minister Jawaharlal) Nehru kept on looking.

"Had he (Sardar Patel) not been there, India would not have even got the Kashmir which it has now," he said.