If some leaders like Mufti are uncomfortable with India, they can go to Pakistan, says party chief Raina 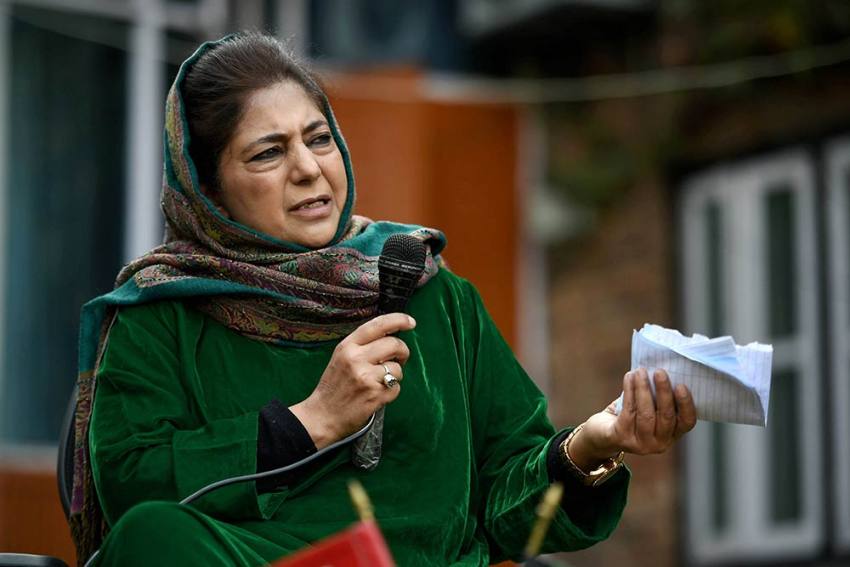 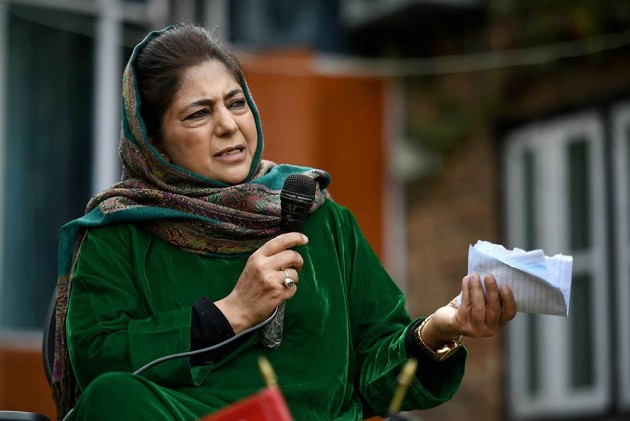 A day after former Chief Minister Mehbooba Mufti stated she wouldn’t touch the Tricolor till the state flag of erstwhile J&K state is restored, the BJP today said it doesn't matter if she doesn’t carry the Tricolor, as people of the state will.

“If Mehbooba Mufti is not carrying the Tricolor, doesn’t matter, as crores of people of J&K have the Tricolor in their hearts, blood and breath,” BJP president for J&K and Ladakh Ravinder Raina said.

While addressing a press conference in Jammu, Raina described People’s Alliance for Gupkar Declaration as “Gupkar gang.” He said if anyone would indulge in conspiracy against the country, he or she would be put behind the bars. He said the “Gupkar gang” has always conspired against the country. The People’s Alliance for Gupkar Alliance, he said, is an alliance of people who are for power. “Their dreams of Pakistan and China will not realize,” he added. He said the “Gupkar gang” organizational structure wouldn’t be allowed to hatch any conspiracy and they will have to face severe consequences for it.

Raina said any leader who would speak against the country will have to pay a heavy price for it. At present, he said, Prime Minister of India is Narendra Modi and home minister is Amit Shah. He said only the Tricolor will be allowed in J&K. He said no force on earth can bring back Article 370. Raina said J&K was part of India from centuries and till the day of the judgment it will remain India’s part. He said if some leaders like Mehbooba are feeling uncomfortable with India, they should leave and settle in Pakistan. He said conspiracy and bravado of anti-national elements wouldn’t be tolerated. Raina evaded the answer when asked that Mehbooba said BJP has humiliated the Tricolor when it carried it to support alleged rapists in case of Kathua rape and murder case. Instead, he said, anyone who could challenge the sovereignty of India will be sent to Tihar jail.

He said October 26 would be observed as "Azadi Day" and the Tricolor would be hoisted in every home. He said on this day accession of J&K took place with India and the day would be celebrated.

In her latest statement, Mehbooba has said the Tricolour stands for diversity and peaceful coexistence amongst all. “If anyone has insulted the Tiranga it is BJP that persecutes minorities & sows division & hatred,” she said. She said the Tricolour was disrespected the day BJP leaders carried it to justify rapists of a 9-year-old.

On Friday, in an act of defiance against the revocation of Article 370, Mehbooba Mufti said she would not be raising the Tricolour till Jammu and Kashmir’s flag and constitution is restored.