'Leaders are not those who lead people in inappropriate directions,' said Army Chief Bipin Rawat on protests against Citizenship Amendment Act. 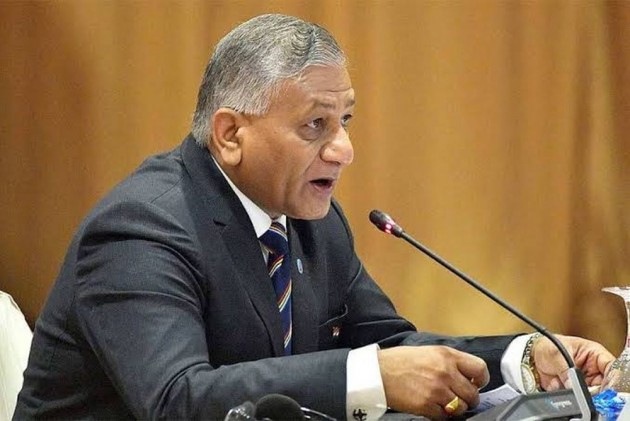 "In our great country, the opposition can turn anything into a controversy. Ideal would have been to see the statement into context in which Army Chief has said a particular thing. Ask him what he meant. I don't see any politics in it," said Singh., adding, "If I tell students don't unnecessarily damage property, is it politics? Search your heart and ask this question. Cross-check with Army Chief and in what context he might have said it."

He also said that while the BJP and its ministers were trying to remove misconceptions regarding the CAA and NRC, the opposition was still trying to create confusion regarding it.

"Leaders are not those who lead people in inappropriate directions, as we are witnessing in a large number of university and college students, the way they are leading masses of crowds to carry out arson and violence in our cities and towns. This is not leadership," Army Chief Rawat said on Thursday at a health summit.

Leaders of Opposition parties, activists and military veterans had accused Gen Rawat of making political remarks, thereby compromising the long-held convention in the Army of not wading into political matters.

"Army Chief's remark on CAA is highly objectionable, unethical and beyond his remit, he is appeared to be a BJP leader who is going to be promoted or rewarded as CDS (Chief of Defence Staff). Rawat needs to be restrained to maintain the impartiality of our army (sic)," Congress's leader in Lok Sabha Adhir Ranjan Chowdhury tweeted.

AIMIM chief Asaduddin Owaisi the Army should not interfere in civilian issues, he said by the yardstick, even participation of Prime Minister Narendra Modi during the struggle against Emergency as a student would be wrong.

According to the Constitution, the Army should not interfere in civilian issues and the right to protest was a fundamental right, the Hyderabad Lok Sabha member said.

Former Navy Chief Admiral L Ramdas said, "The rule is very clear that we are serving the country and not the political forces and to express any political views as we have heard today are quite a wrong thing for any serving personnel whether he is the top gun or at the bottom rank. It is not proper."