Home  »  Website  »  National  »  'I Am With BJP': Mukul Roy Labels Reports Of Him Joining TMC As 'Malicious And Misleading'

'I Am With BJP': Mukul Roy Labels Reports Of Him Joining TMC As 'Malicious And Misleading'

Roy's clarification comes amid speculations in a section of the press that he might quit the BJP, which was triggered by him missing most part of a key meeting in Delhi on the Assembly elections in the state due in April-May next year. 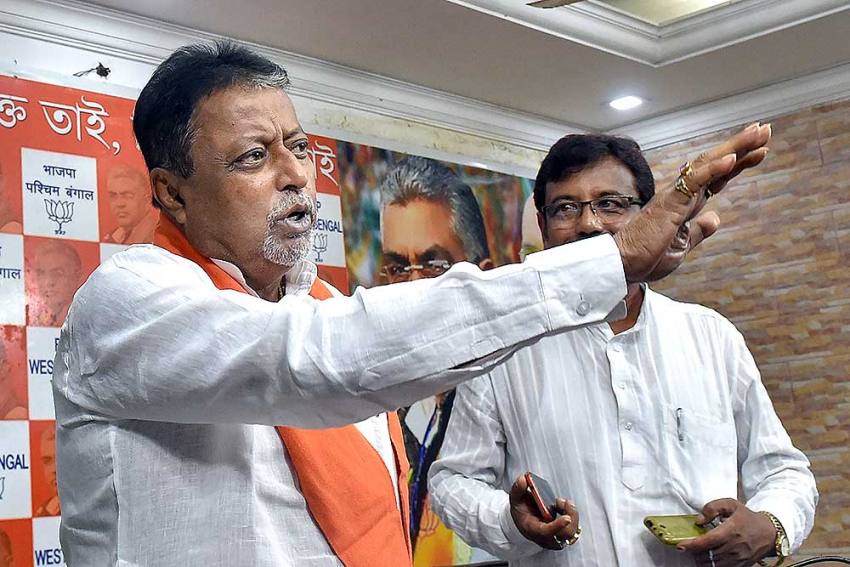 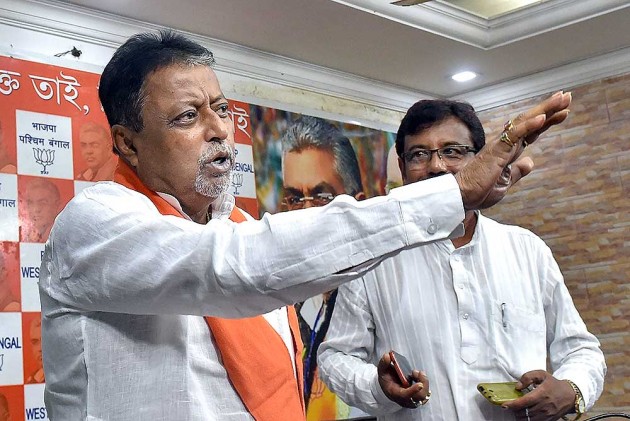 Senior leader Mukul Roy said on Sunday that he is with the BJP and will remain with it, terming reports of his differences with the party leadership "malicious and misleading".

Addressing a press conference, Roy said he was hurt by the speculations.

"I am with BJP, I was with BJP and I will remain with BJP," Roy said, scotching speculations of him returning to the Trinamool Congress which he had left in 2017.

"I was given complete responsibility by the BJP to oversee the party's campaign in the panchayat and Lok Sabha elections in West Bengal. The central leadership has given me all respect and recognition. Why should I be disappointed?" Roy told reporters here.

Replying to a question, he said he does not have any differences with the BJP's state president Dilip Ghosh.

In a party like the Bharatiya Janata Party (BJP) everyone works for the organisation, and people have their own space but with a common and shared objective.

"BJP is not like a media house having differences between editor and deputy editor. In a political party like ours, we all work in our domain, in our space. But we work in cohesion with the common aim," he said.

Asked if he had any grievance on not getting a ministerial berth even after a year of the Lok Sabha success in Bengal, Roy said he wants to work for strengthening the party's organisation.

"Getting a ministerial berth is not at all important for me. Being an organisational man, I want to work for the organisation, to strengthen the party," he said.

Roy's clarification comes amid speculations in a section of the press that he might quit the BJP, which was triggered by him missing most part of a key meeting in Delhi on the Assembly elections in the state due in April-May next year.

His continued absence from public life, besides missing in action during several party programmes, fuelled the speculations.

Roy said he went to the national capital on July 22 to attend the meeting but could not stay back when the programme was extended as he has an appointment for eye treatment on July 27 here, which could not be rescheduled.

"Nothing else should be read into it," said Roy, once the second-in-command in Trinamool Congress after its supremo Mamata Banerjee.

He said he has been absent from public events and political programmes of the BJP because of the COVID-19 pandemic.

BJP national general secretary Kailash Vijayvargiya, who is in charge of the party's affairs in West Bengal, described the speculations as "baseless rumours".

"These are rumours being spread by the TMC. There is not an iota of truth in it. Mukul Roy is an important leader of our party," he told PTI.

The Trinamool Congress, however, declined to comment on the issue.