The submission was made by senior advocate Rajeev Dhavan, who is appearing for a Muslim party when the Supreme Court commenced hearing on the fourth day in the case. 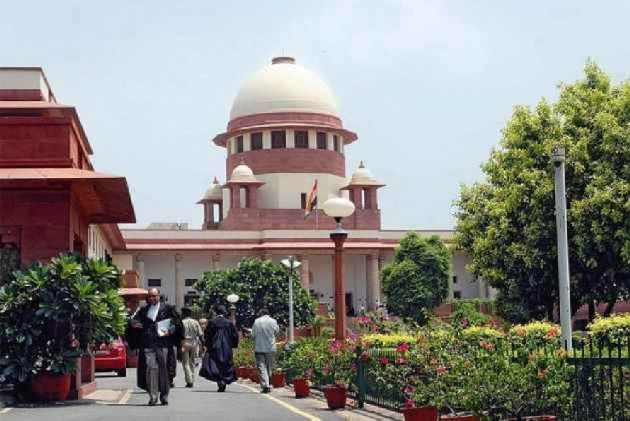 A Muslim party on Friday objected in the Supreme Court five-days-a-week hearing of the politically sensitive Ram Janmabhoomi-Babri Masjid land dispute case in Ayodhya, saying it will "not be able to assist" the court if the hearing is "rushed through".

The submission was made by senior advocate Rajeev Dhavan, who is appearing for a Muslim party when the Supreme Court commenced hearing on the fourth day in the case.

"It is not possible to assist the court if it is heard on all days of the week. This is the first appeal and the hearing cannot be rushed in this manner and I am put to torture," he told the bench, also comprising Justices S A Bobde, D Y Chandrachud, Ashok Bhushan and S A Nazeer.

He said the apex court was hearing first appeals after the Allahabad High Court delivered the verdict in the case and the hearing as such cannot be rushed through.

Breaking with the tradition, the apex court decided to hear the sensitive case on Friday which is kept fresh cases only, along with Monday. As per the apex court's procedures, on Mondays and Fridays, the registry lists before the benches fresh and miscellaneous cases after notice cases.

As the counsel for deity 'Ram Lalla Virajmaan' started advancing its submissions before a five-judge Constitution bench headed by Chief Justice Ranjan Gogoi, Dhavan got up and interjected the proceedings.

Being a first appeal, documentary evidence have to be studied. Many documents are in Urdu and Sanskrit, which have to be translated, Dhavan said.

The senior lawyer alleged that "perhaps, except Justice Chandrachud, other judges might not have read the judgment (Allahabad High Court's)".

He said that if the court has taken a decision to hear the case on all five days of the week then he might have to leave the case.

"We have taken note of your submissions. We will revert back to you soon," CJI Gogoi said and proceeded with the hearing.

The bench has now started hearing the submissions of senior advocate K Parasaran on behalf of deity Ram Lalla Virajmaan.

The apex court had on Thursday asked the counsel for the deity, which itself has been made a party to the case, as to how the 'Janmasthanam' (birthplace of deity) can be regarded as a "juristic person" having stakes as a litigant in the case.

The apex court had said on the third day of the hearing that so far as Hindu deities were concerned, they have been legally treated as a juristic person which can hold properties and institute, defend and intervene in lawsuits.

The bench, however, had asked Parasaran as to how 'Janamsthanam' can file the case in the land dispute as a party.

The lawsuit filed by the deity in the Ayodhya case has also made the birthplace of Lord Ram as co-petitioner and has sought claim over the entire 2.77 acre of disputed land at Ayodhya where the structure was razed on December 6, 1992.