According to the family of P. Ravi Kumar, he died soon after he recorded the selfie video on June 26 at government-run Chest Hospital. 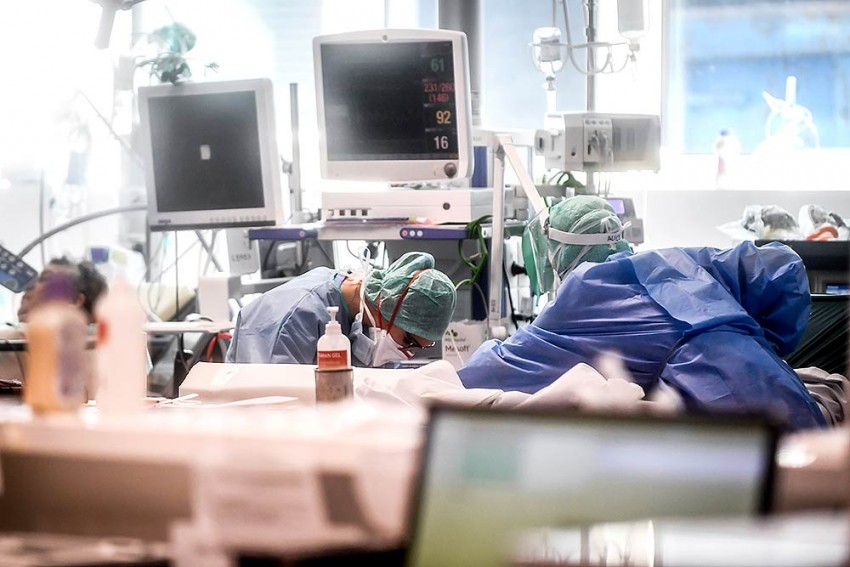 A heart-wrenching selfie video of a young COVID patient complaining of negligence by a state-run hospital in Hyderabad and saying goodbye to his father has gone viral over social media.

"Though I told them that I can't breathe, they removed the ventilator. I am fed up. It's been three hours, daddy. It's like my heart has stopped beating. Bye daddy bye. Bye everyone," said the man in the video.

According to the family of P. Ravi Kumar (34), he died soon after he recorded the selfie video on June 26 at government-run Chest Hospital, where he was admitted on June 24.

Ravi's father P. Venkateshwarlu said they shared the video so that the world knows what is happening in hospitals. "No other family should go through this ordeal," he said.

The hospital authorities, however, denied that there was any negligence. They said he died of cardiac complications.

They said the patient was given medicines and put on supplementary oxygen but he developed heart related complications.

Hospital Superintendent Dr Mahboob Khan clarified that the patient was not put on a ventilator and hence was incorrect to say that it was removed. According to him, Ravi Kumar was suffering from a condition called myocarditis.

Hospital superintendent said this heart related complication is being observed in some younger patients infected by Coronavirus. Such patients die due to lack of oxygen supply to the heart.

The deceased is survived by his wife, a 12-year-old daughter and a nine-year-old son.

After working in Saudi Arabia for 10 years, Ravi Kumar had returned home two years ago and has been living with his parents.

Venkateshwarlu said his son started complaining of breathlessness on June 23. He took him from one hospital to another but no one admitted him. "We went to 11 hospitals but they refused to admit without a Coronavirus test," he recalled.

The next day he took Ravi to a private lab and gave a sample for COVID-19 test. The same night his condition started worsening and his father took him to Nizam's Institute of Medical Sciences (NIMS) but authorities there told him to go to Chest Hospital. He was finally admitted to that hospital.

Venkateshwarlu was staying in the hospital premises. He said his son sent him a selfie video late on the night of June 26. He watched this around 2.30 a.m. and went inside the ward but by then his son had breathed his last.

The next day hospital authorities handed over the body to the family and they performed the last rites. The report, which came later in the day, showed him to be COVID positive. Authorities quarantined his family members and were gathering information about 30 people who attended the funeral.