Former Chief Justice of India Dipak Misra's comments on marital rape have created controversy and also reignited the debate over the issue and laws dealing with it. 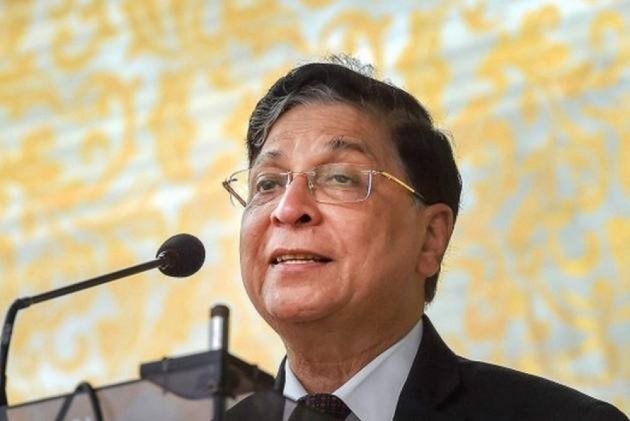 Former Chief Justice of India Dipak Misra’s remark that marital rape should not be made a crime has stirred a hornet’s nest. Slamming the former CJI, many activists and top lawyers said that his views exposed how India’s legal and social structures are stacked against women.

Misra on Monday said that marital rape should not be made an offence because it will destabilise the institution of marriages India. He made the remark at a conference at KLE Society’s Law College in Bengaluru.

“The comments are deeply troubling and offensive because it came from a person who held the highest office in the country, an office which ensures the constitutional right of all, including women. These comments reveal that his perception that when a woman marries, she loses her sovereignty, autonomy and her agency on her body and it reduces her to a chattel in marriage,” said Grover.

“If former CJI makes such comments, it will create anarchy. His own admission is that the institution of family is surviving through violence on women’s body and the sanctity of Indian marriages rests on inflicting violence. It’s not the society we want, this should be demolished,” says Grover.

Supreme Court lawyer Rebecca John said that the comments of former CJI revealed deep-seated misogyny, which women lawyers encounter inside and outside the court on a daily basis, “Misra stands completely exposed on the platform of patriarchy. He didn’t even try to cover it up,” Rebecca John said.

She also said it’s alarming that the remarks were made by an ex CJI, who authored judgments such as the abolition of Section 377 and on right to privacy.

“I am also amazed that the comments are coming from a CJI who authored judgments like the abolition of section 377. He now tells us that we must respect family values, and criminalization of marital rape will lead to anarchy. It’s a complete lack of understanding of what sexual violence does to women,” she says.

Activists and lawyers have been demanding that marital rape in India be criminalised, with many pointing out that the UN Committee on Elimination of Discrimination against Women also recommends the same. The Justice J S Verma committee has also recommended the removal of the marital rape exception from Section 375 of the Indian Penal Code. According to Section 375 of the IPC, forced intercourse by a man with his own wife, who is not under 18 years of age, does not count as rape.

More than 80 countries, including the United States, the United Kingdom, Canada, Bhutan and France recognise marital rape as a crime.

In 2015, Minister of State Haribhai Parathibhai Chaudhary has sparked a row when he said that marital rape is not punishable’ as marriage is "sacrosanct".

One argument that’s always held against criminalising marital rape is that married women are covered by the ‘Protection of Women from Domestic Violence Act of 2005’ and they don’t need any more laws in this regard. However, Grover says that it is a civil law and not a criminal law. Taking the argument forward, Mary E John of Centre for Women’s Development studies says that stiff resistance to pro- women judgments always exists. “When women were getting property rights, it was said that it will lead to break down of marriage,” says Mary E John.

Activists also criticised Misra’s statement saying that the presumption of consent merely by virtue of marriage is deeply troubling. “Does that mean that the sanctity of the family lies upon non- consensual sex with wife? Should we be proud of that? Is that the protectors of Indian family want?” asks Mary E John.

“We have heard such comments from ministers before and it’s expected. However, when an ex CJI advocates such views, he must have a discussion and we shouldn’t close it,” says Rebecca John.