A Day After Gupkar Meet, Jammu Rally For Statehood 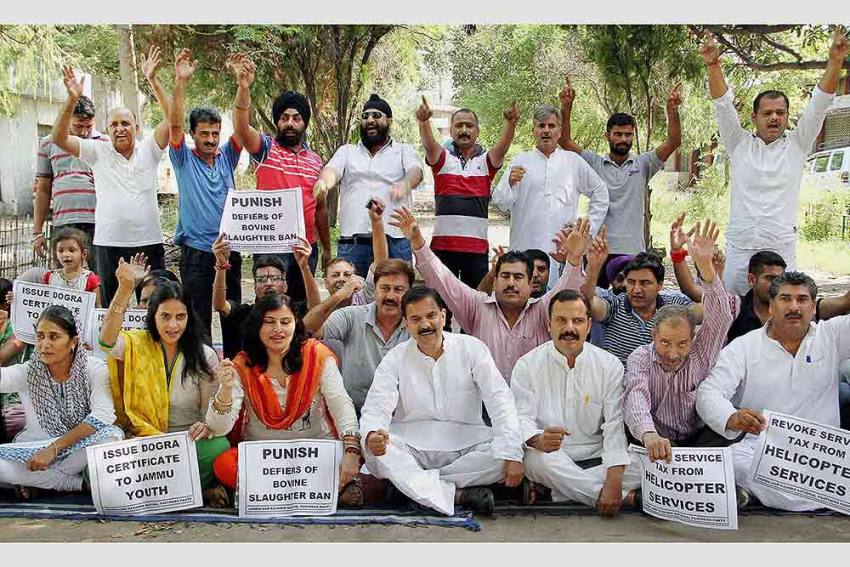 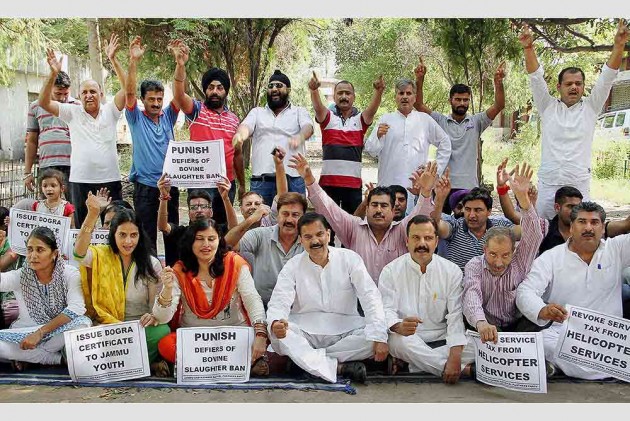 A day after signatories of the Gupkar declaration formed an alliance in Srinagar, Jammu and Kashmir National Panthers party on Friday staged a protest asking the central government to make Jammu province a separate state. Protesters carrying the tricolor were seen shouting slogans demanding that Jammu be delinked from Kashmir and given a separate statehood.

Panthers Party chairman Harsh Dev Singh said that Article 370’s case is pending before the Supreme Court and it shouldn’t be used for political purposes. He said political parties in Kashmir shouldn’t raise the issue of restoration of Article 370 and the BJP too should stop cheering itself for removing the Article. Article 370 is history now, and the political parties should leave it behind, he said.

However, Singh, who was Minister for Education in the Mufti Mohammad Sayeed led government, said Jammu shouldn’t suffer on account of Kashmir. “Jammu is being neglected and we are being made hostage to the Kashmir issue. In the name of Kashmir problem, our democratic rights have been usurped. Our 4G connectivity has been snapped for the over a year now because it is said there is a problem in Kashmir,” he said.

He said the Supreme Court stated that restoration of the 4G internet service is a constitutional right of people. “Despite that, it is not restored and we are being told there is a Kashmir issue,” Singh said. “Our state has been snatched away from us. It was the oldest Dogra state in the whole of India. For the past two years we have been left without democracy as elections are not being held. And the reason is given there is the problem of Kashmir,” he said, arguing that Jammu has been made as an appendix of Kashmir.

“Why should Jammu suffer for the sins of Kashmir? If there is a Kashmir problem deal with it separately and give statehood to Jammu,” he said. He said that his party would launch an agitation across Jammu for pressing statehood for Jammu.