Myanmar's military seized control of the country in a coup on February 1 after detaining Nobel laureate Aung San Suu Kyi and other leaders of her National League for Democracy (NLD). 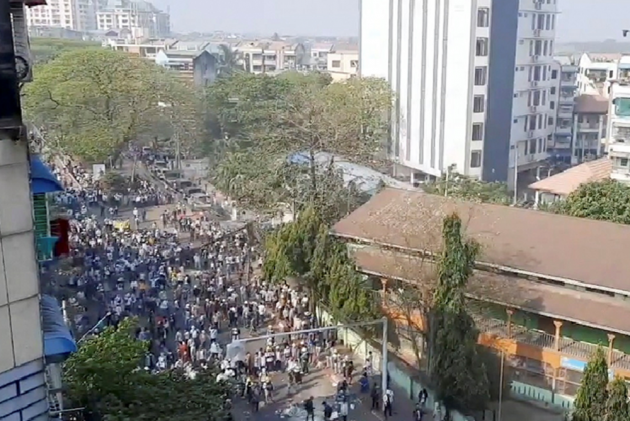 The government on Monday said that a total of 8,486 Myanmarese nationals crossed over into India following the February 1 military coup in Myanmar and 5,796 of them were pushed back.

Myanmar's military seized control of the country in a coup on February 1 after detaining Nobel laureate Aung San Suu Kyi and other leaders of her National League for Democracy (NLD). Since then, the country has been rocked by massive protests.

Replying to a question in Rajya Sabha, Minister of State for Defence Ajay Bhatt said 2,690 Myanmarese "nationals/refugees" are still in India.

Bhatt said 11 infiltrators were killed and 20 others were apprehended along the Indo-Pakistan border, adding 20 infiltration attempts were made up to June 30 this year along the frontier.

No cases of infiltration have been reported at the India-China border, he added.

The minister cited reports of the security forces and the Ministry of Home Affairs while sharing the details.

Referring to the Indo-Myanmar border, Bhatt said following the coup, "8,486 Myanmar nationals/refugees crossed over into India, out of which 5796 were pushed back and 2690 are still in India."

Bhatt said 441 infiltration attempts were reported and 740 infiltrators were apprehended during the period along the Indo-Bangladesh border, adding one infiltrator was killed.

"In addition, 11 illegal infiltrators along Indo-Nepal border have been apprehended in this year (up to June 30. No cases of infiltration have been reported at the Indo-China border," he said.

To a separate question, Bhatt said the current authorised staff strength of the Defence Research and Development Organisation (DRDO) is 33,329.

"The government sanctioned additional 420 posts of scientists to DRDO during April 2020," he said to a question on whether the government proposed to augment the manpower in the organisation.