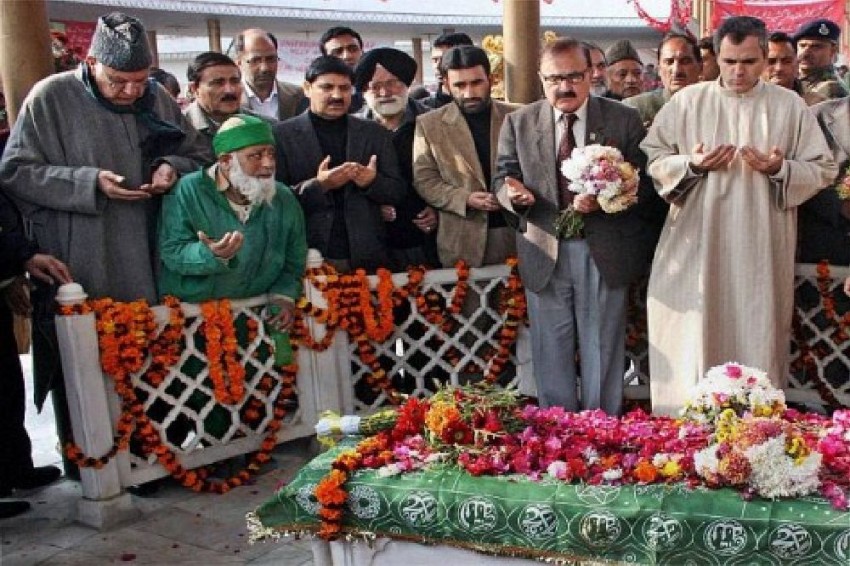 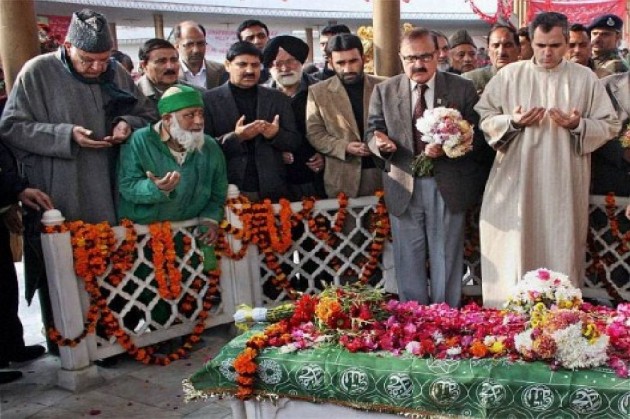 On Thursday, the birth anniversary of first Prime Minister of Jammu and Kashmir, Sheikh Mohammad Abdullah, the government imposed restrictions around his mausoleum at Dargah Hazratbal in Srinagar, imposing Section 144 of the Indian Penal Code, allowing police to stop any gathering of people.

At the same time, the state government described him as a great leader.

The National Conference President, Farooq Abdullah’s sister, Suriya Abdullah was, however, allowed to pay her respect and pray at Sheikh’s grave. So was the party’s member of Parliament from South Kashmir, Hasnian Masoodi.   But to the general public, the place was out of bounds, which on his anniversary would attract thousands of admirers.

Sheikh’s son, Farooq Abdullah and grandson, NC’s vice-president, Omar Abdullah, are in custody since August 5, along with dozens of mainstream leaders. That day, the government abrogated Article 370 of the Constitution which gave special status to Jammu and Kashmir and bifurcated it into two union territories by carving out Ladakh.

Suriya described restrictions around Sheikh’s mausoleum as disrespect towards him. “Even on his birthday, people were not allowed to visit his grave. The government will say there are no restrictions. But there are. It is the same government that says no one died after the abrogation of Article 370,” she said.

The octogenarian Suriya, along with twelve other women, was arrested in early October for taking out a silent march against the arrest of mainstream leaders and abrogation of Article 370. She was released after giving an “undertaking” that she wouldn’t speak on the current political situation for a year.

Masoodi said thousands of people would have gathered at the Sheikh’s grave on his anniversary had the government not imposed restrictions. He said the autonomy of Jammu and Kashmir was taken away without public approval, disappointing and angering the people. The people had not accepted the move, he said demanding that all leaders be released from custody.

Another NC member of Parliament, Akbar Lone, said he was not allowed to visit the grave. Instead, he consoled himself by meeting workers at the party headquarters at Nawi-Subh. He said placing restrictions on Sheikh’s anniversary was a condemnable act. Lone said Sheikh Abdullah had fought against autocratic Dogra rule and was remanded to custody for long. But the present situation, Lone said, “is worse”.

The party in Jammu resolved to uphold the ideals of Sheikh with senior leaders and workers paying tribute to him at a function held at Sher-e-Kashmir Bhavan. Provincial President of the party, Devender Singh Rana, said the leader had rejected the two-nation theory of Ali Mohammed Jinnah and had tied the state’s destiny to Mahatma Gandhi’s secular India because of Sheikh’s unflinching commitment to secularism and democracy.

He said that using the Public Safety Act against Farooq Abdullah was “painful and highly deplorable.” Rana said a decision regarding the party’s future strategy could only be taken by the working committee of the party. But over 60 per cent of the committee members were under detention at present.