Various farmer unions are currently meeting in the capital to discuss the proposal. The unions will hold three rounds of meetings

A day after the Union government expressed its willingness to suspend the three new farm laws for up to 18 months, farmer union leaders say that the government has relented under pressure from the protests, which has been going on for over 50 days at the Delhi borders. The leaders also said that they are approaching the proposal with guarded optimism.

Various farmer unions are currently meeting in the capital to discuss the proposal. The unions will hold three rounds of meetings, according to leaders.

The government on Wednesday said that it is willing to keep the new agriculture laws in abeyance for up to one- and- half years and set up a joint committee to discuss them. The farmer leaders said that they will reach a decision by Thursday evening after consultations among various unions.

The new proposal by the government shows that it is under pressure from the ongoing protests by more than 40 farm unions, says P Krishna Prasad, leader of All India Kisan Sabha (AIKS).

“Why can’t the government repeal the bills instead of keeping them in abeyance for 18 months? Our demand has always been to repeal the laws. This proposal is impractical,” says Prasad.

Prasad also said that the main demand of making Minimum Support Price (MSP) legal was a long-sought demand of the farmer's unions and there is no going back on it. There is no rift among the farmer unions on the issue, he said.

Sukhwinder Kaur, state committee member of Bhartiya Kisan Union Krantikari' said that the new proposal is another strategy to mislead the protesting farmers.  She felt that there is no guarantee that the government will stick to its promise after the stipulated period. “The government is laying a new trap by this proposal. There is no guarantee that they won’t implement it after one and a half years,” said Kaur. 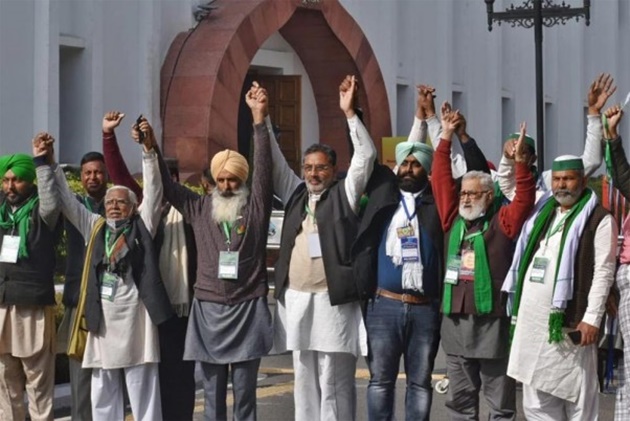 “The government is on the back foot. But the new proposal cannot be considered as the success of the movement. We want the repeal of the laws,” says Kaur.

The next round of meeting between the government and the farmer unions has been scheduled for Friday.