Attacking the BJP, West Bengal CM Mamata Banerjee said that the Centre’s decision to ship Covid-19 vaccines to other countries has resulted in the depletion of India’s vaccine reserves. 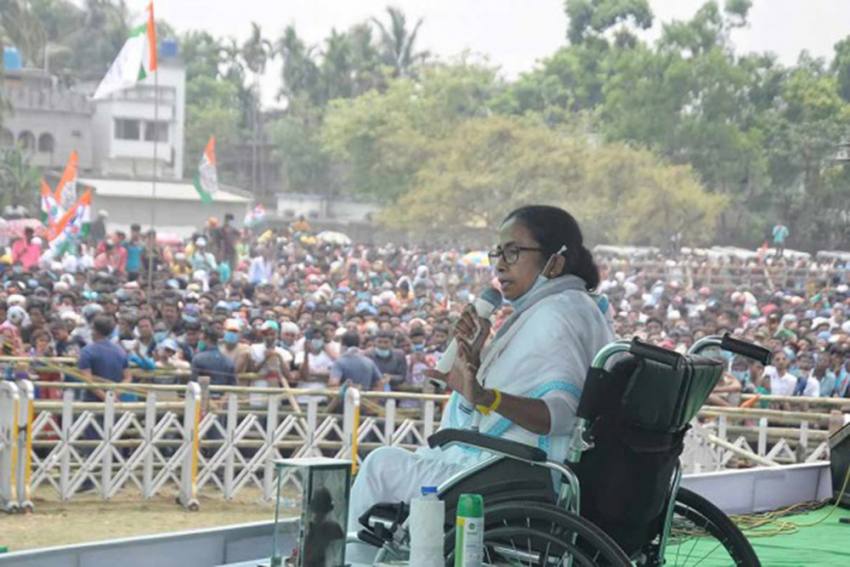 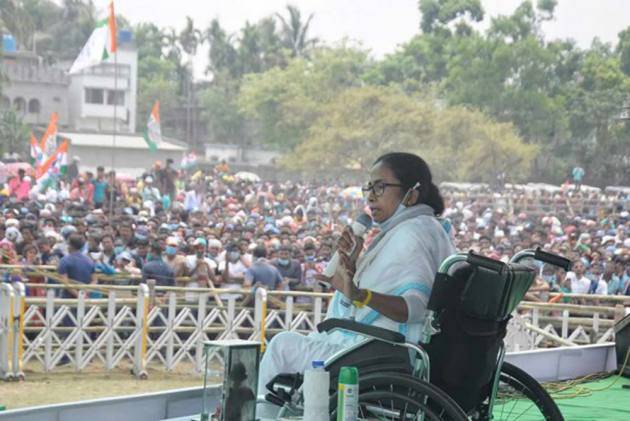 Hitting out at Modi, the TMC supremo said that the PM shipped vaccines to foreign shores in an attempt to boost his image, which has resulted in many states including West Bengal, Maharashtra and Delhi facing a vaccine crunch.

"Yesterday, the PM said the medicine (vaccine) will be available in the open market. Where is the open market, where is it available? You have already shipped out the majority of stock to foreign destinations," she alleged.

The Central Government had gifted Covid vaccines to a number of countries including neighbouring nation and allowed export to many more including to Brazil and South Africa earlier this year.

Terming the Narendra Modi-led NDA government as a “government of monumental incompetence", Banerjee said "we are facing a huge deficit in vaccines due to the faulty planning.

The TMC supremo said more Covid cases are being reported from Kolkata, North 24 Parganas and Asansol belt and the state government is trying to manage the crisis from a limited stock.

"For six months the Central leadership did bother to plan, they were busy plotting electoral battles in Bengal, Banerjee alleged.

Turning her guns on BJP, she claimed the party brought in "lakhs of people from outside the state to help in campaigning and many of these people were infected with Covid. These people will leave but they have spread the virus and the onus to manage the new crisis will be on us. Bengal's covid situation was firmly under control but now the rate is infection is rising again.

However, she advised people not to panic, adding we will again bring it (pandemic) under a tight leash." Stating that she had learnt that elections to two assembly seats in Murshidabad, which were countermanded due to the deaths of candidates, may be held on May 13, Banerjee said

"If Eid takes place on May 13, the EC should decide on a voting date keeping in mind the need or voters to celebrate the festival.

Referring to erosion of Ganges river in Murshidabad and Malda districts, Banerjee said "only Central (policies) can stop the erosion."

"Under the terms of the Indo-Bangla water treaty, Bangladesh was given Ganges water, but as the Centre did not dredge the Farakka barrage, it has silted. This has caused regular flooding in Bihar, Murshidabad and Malda whenever there are heavy rains in Bihar. The Centre should carry out dredging of Farakka on an urgent basis," she said.

Regretting the flood control board became non- functional during BJP rule, the Trinamool Congress supremo said "we need to have a Ganga Erosion Board to work on war footing."

Urging the electorate to see Bengal doesn't fall into the hands of "rioters," the CM alleged she had reports that there were plot to engineer riots on Ram Navami.

"Please be on guard. Don't fall prey to any bid to pit Hindus against Muslims," she said.

Banerjee also urged the people "not to vote for the Left, Congress or other Sanjukta Morcha candidates who are the other face of BJP.