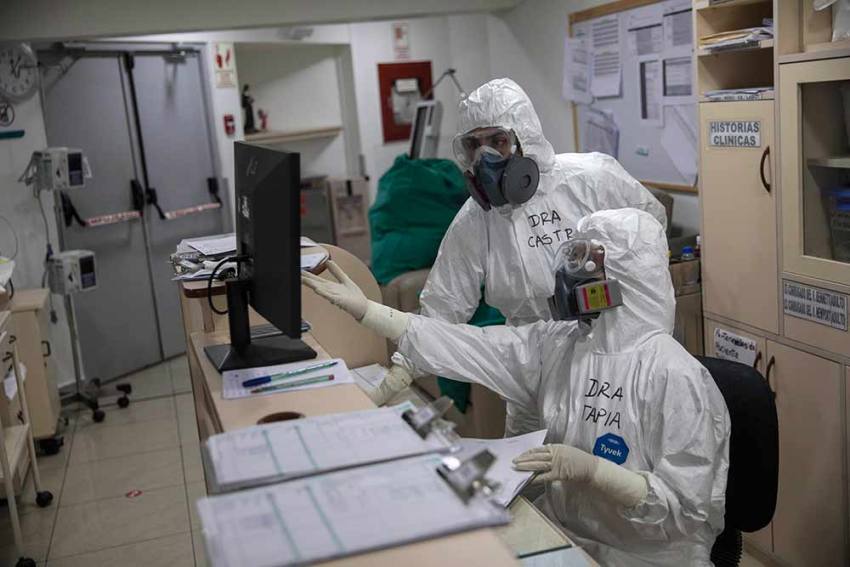 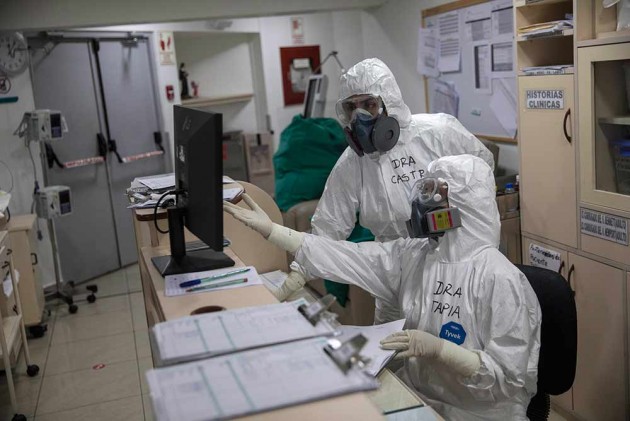 Countries from the US to South Africa to Australia were struggling to hold down rising rates of the coronavirus, as global deaths from COVID-19 surged past 600,000 in a sign of how far off the world remains from a return to normalcy.

While the US leads global infections, South Africa now ranks as the fifth worst-hit country in the pandemic with 350,879 cases — roughly half of all those confirmed on the African continent.

China confirmed 13 new cases in the northwestern city of Urumqi on Sunday, while South Korea reported less than 40 additional cases for a second straight day.

The Urumqi outbreak is the latest to pop up since China largely contained the domestic spread of the virus in March. At least 30 people have been infected and authorities are conducting universal testing in communities where cases were discovered, later to be expanded to other parts of the city and major businesses.

South Korean authorities are also struggling to suppress an uptick in local infections, with 34 additional cases, 21 of them domestic and 13 from overseas, raising the country's total to 13,745 with 295 deaths.

Both countries are mandating testing and enforcing two-week quarantines on all overseas arrivals.

After a one-day respite, COVID-19 cases in the Australian state of Victoria rose again, prompting a move to make masks mandatory in metropolitan Melbourne and the nearby shire of Mitchell. Health officials on Sunday recorded 363 new cases in the past 24 hours. Two men and a woman in their 90s died, taking the national death toll from COVID-19 to 122.

The World Health Organisation on Saturday again reported a single-day record of new infections with 259,848.

South Africa's new coronavirus epicentre, Gauteng province, hosts the cities of Johannesburg and Pretoria and one-quarter of the country's population of 57 million, with many poor people living in crowded conditions in the middle of a frosty Southern Hemisphere winter.

The number of confirmed infections worldwide has passed 14.2 million, out of which 3.7 million are in the United States. There are over 2 million in Brazil and more than 1 million in India.

Experts believe the true numbers around the world are higher because of testing shortages and data collection issues in some nations.

Infections are soaring in US states like Florida, Texas, Arizona, fueled by the haphazard lifting of lockdowns and the resistance of some Americans to wearing masks.

Teams of military medics have been deployed in Texas and California to help hospitals deal with a deluge of patients who are flooding emergency rooms in parts of the US. Some patients are being moved into hallways to make room for most seriously ill and nurses are working extra shifts to keep up with the surge.

Patients struggling to breathe are being placed on ventilators in emergency wards since intensive care units are full, officials say.

Patients are waiting “hours and hours” to get admitted, said Dr Alison Haddock of the Baylor College of Medicine in the state of Texas, which reported a new daily record for virus deaths Friday and more than 10,000 confirmed cases for the fourth consecutive day. More than 80 infants have tested positive for the virus in the state.

“I've never seen anything like this COVID surge,” said Haddock, who has worked in emergency rooms since 2007. “We're doing our best, but we're not an ICU.” The surge of infections means that millions of American children are unlikely to return to classrooms full time in the fall.

Police in Barcelona are limiting access to some of the city's beaches because sunbathers are ignoring regulations amid a resurgence of the coronavirus.

Authorities in Amsterdam are urging people not to visit the city's famous red light district and have closed off some of the historic district's narrow streets because they are too busy.

Local governments in India continued to reimpose focused lockdowns in several parts of the country following a surge in cases. And in Iran, the president made the startling announcement that as many as 25 million Iranians could have been infected, the state-run IRNA news agency reported. Hassan Rouhani cited a new Health Ministry study that has not been made public. Iran has the Middle East's worst outbreak with more than 270,000 confirmed cases.

In Bangladesh, confirmed cases surpassed 200,000 but experts say the number is much higher as the country lacks adequate labs for testing. Most people in rural areas have stopped wearing masks and are thronging shopping centres ahead of the Islamic festival Eid al-Adha this month.

Scientists, meanwhile, poured cold water on British Prime Minister Boris Johnson's hope that the country may return to normal by Christmas, saying that, without a vaccine, normal life was a long way off.

Drugs Used To Treat COVID-19: What Helps, What Hurts