The death of P Jayaraj and his son Fennix, arrested for violating lockdown norms, has triggered a national furore against police brutality. 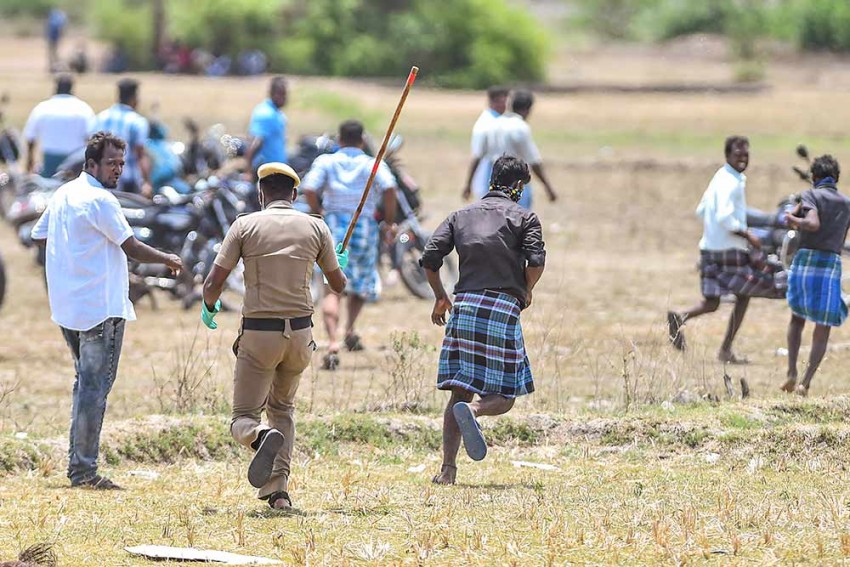 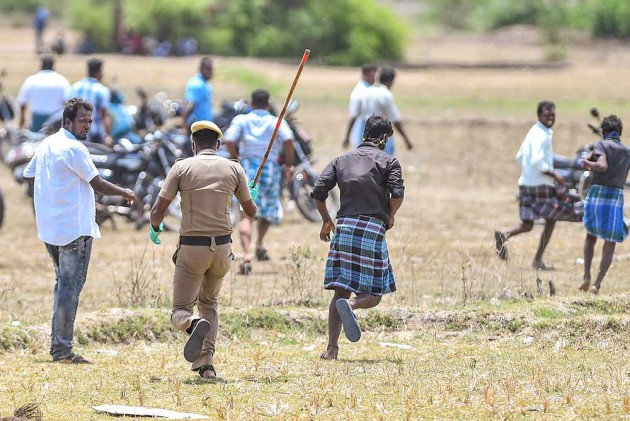 The death of a father and son in police custody in Tamil Nadu’s Thoothukudi district has sparked massive outrage on social media and become the centre of a battle between ruling AIADMK and opposition DMK in the state.

P Jayaraj and his son Fennix, arrested for violating lockdown norms over business hours of their mobile phone shop, died on June 23 at a hospital in Kovilpatti. The relatives of the duo alleged that they were severely thrashed at a police station by police personnel before being taken to the hospital.

The incident had triggered a furore in the state. Traders had downed shutters, protests were held. This to the suspension of four policemen, including two sub-inspectors. However, the family of the deceased has demanded filing murder case against the sub-inspectors and said they would not accept the bodies till their plea was heeded to.

The news started trending on Twitter since Friday with calls for ‘justice for Jayaraj and Fennix’. A large number of people condemned the police brutality as alleged in the case. The Twitterati also compared the case with the case of police brutality in US where George Floyd, an African American man, was killed by a cop triggering a new wave of Black Lives Matter protests.

Many took to social media to explain the incident in different language so people from all cultures and linguistic sections of India can be made aware of what happened in Thoothukudi.

Radio jockey Suchi posted a video urging national attention to the incident and hoping it won't be restricted to southern India. The video, which has gone viral on social media, detailed the allegations of police brutality in the case.

Police brutality is a terrible crime. It’s a tragedy when our protectors turn into oppressors. I offer my condolences to the family of the victims and appeal to the government to ensure #JusticeForJeyarajAndFenix https://t.co/sVlqR92L3p

Jignesh Mevani, Independent MLA from  Gujarat, also compared the incident to the killing of George Floyd in the US.

Will Indians march on streets in thousands(forget lakhs), like America? Will our government pass laws for a more humane system like US lawmakers did?
This is our “Vikas” - the utter loss of empathy, care & the will to stand with fellow Indians killed. #JusticeForJeyarajAndFenix https://t.co/wuGfEUmkIt

Horrified and numb to hear what has happened with Jayaraj and Fenix in Thoothukudi!!! This sort of brutality by the police is inhuman beyond words!!! #JusticeForJeyarajAndFenix

The Superintendent of Police (SP), Thoothukudi submitted a status report of the custodial deaths at the Madurai Bench of Madras High Court on Friday, news agency ANI reported.

The ruling AIADMK also vowed to do justice for the deaths of a father-son duo following alleged police torture while main opposition DMK accused the government of allowing police to take law into their own hands.

Each of the two key parties of Tamil Nadu announced a solatium of Rs 25 lakh to the family of the two men.

In the backdrop of the outrage, AIADMK top leaders, O Panneerselvam and K Palaniswami termed the incident ‘unfortunate’ and ‘anguishing’ and asserted that their party would never allow such incidents and vowed to do justice.

DMK president M K Stalin targeted the AIADMK government over the deaths. The brutal assault on the two men by police was "a result of the AIADMK government allowing them to take law into their own hands at a time when they have to ensure the safety of the public during the lockdown," he said in a
statement.