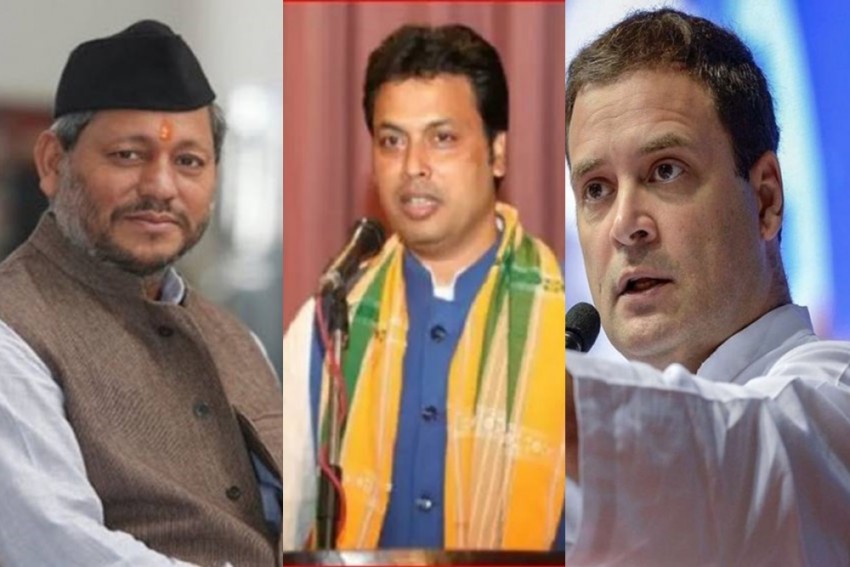 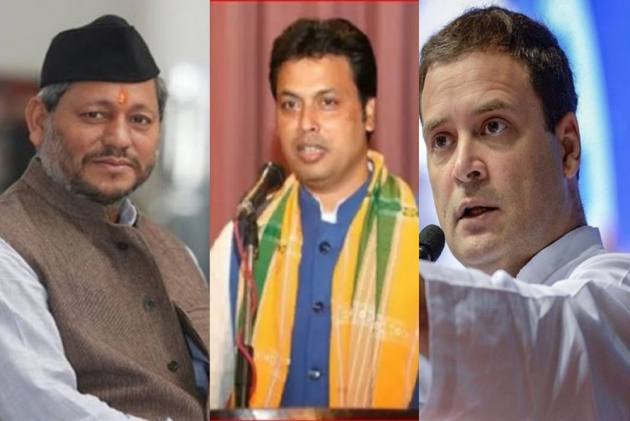 People in positions of responsibility and power need to be more careful than commoners about their choice of words – The statements made by the politicos, in particular.

Days after assuming charge as the Uttarakhand Chief Minister, Tirath Singh Rawat has fallen into this category. Even before the embers of the controversy over his “ripped jeans” remark could die down, he has kicked up another row by saying that people having smaller families got lesser Government ration during the coronavirus lockdown than those who “reproduced 20”. He also insinuated that “families with 20 children” were having a good time on the dole.

This didn’t stop and he went on to say that “America had enslaved India for 200 years”.

During a poll campaign in Purulia, the Bharatiya Janata Party (BJP)’s West Bengal unit president Dilip Ghosh triggered a fresh controversy when he said that chief minister Mamata Banerjee should wear a pair of Bermudas if she is so keen to display her injured leg.

Addressing a public rally in Purulia district on Wednesday, Ghosh said, “The CM wants to show her plastered leg to everyone. Why doesn’t she just wear a pair of Bermudas, instead of draping a saree? I have never seen anyone drape a saree like that,” the BJP state unit chief said.

"If she has to display her leg for viewing, she can very well wear Bermuda shorts. That will help to have a better view," the BJP MP was purportedly heard stating.

BJP leader Anand Swarup Shukla on Wednesday stoked controversy by comparing the practice of wearing burqa to that of triple talaq and said both were “evil customs”.

Shukla, who is a minister in the Uttar Pradesh government, further said that Muslim women will soon be “freed” and will not have to wear the burqa anymore.

Shukla’s comments come just a day after he wrote to the Ballia district magistrate, complaining that he is facing difficulties while discharging his duties due to loudspeakers at mosques. He further urged authorities to fix the volume of the loudspeakers to a uniform level.

"Muslim women will be freed from 'burqa' like triple talaq. There will come a time when they will get rid of it. There are many Muslim countries where 'burqa' is banned," Shukla told reporters, without elaborating on his claim.

While talking to people in Firozabad, Rahul Gandhi said, "You all are demanding a potato factory in your area, but you should understand I am an opposition leader. I cannot open a potato factory". A slip of tongue, abound in almost all of his speeches, landed him in trouble here as what he meant to say was a factory of potato chips and not 'potato factory'.

Biplab Kumar Deb has apparently a similar IQ. His statements like “the roots of internet go back to the Mahabharata era”, “will chop the nails of critics” of his Government, former Miss World Diana Hayden “does not represent Indian beauty” and his bizarre statement that “the BJP has plans to form the Governments in Sri Lanka and Nepal” have already brought much ignominy to the saffron party.