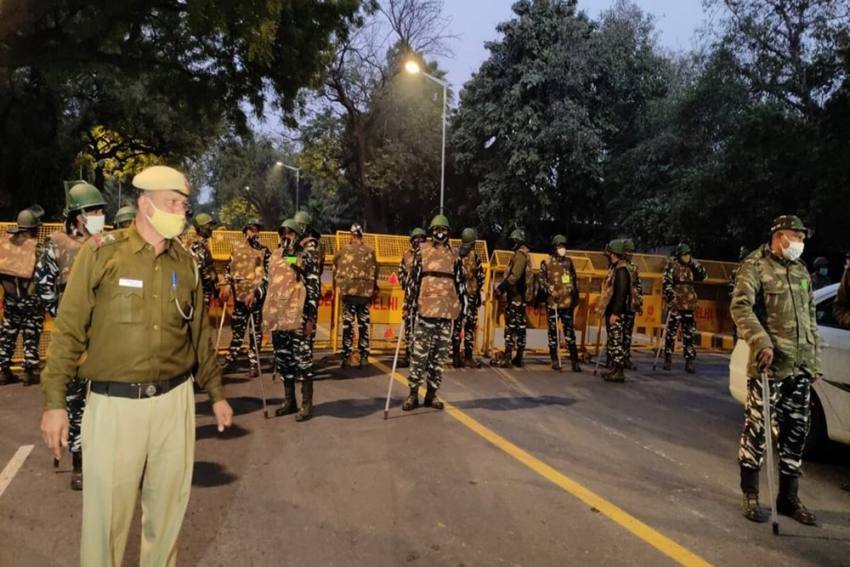 In one such footage, the Delhi Police Special Cell had spotted two men walking on the pavement before the blast
Outlook Web Bureau 2021-06-25T01:55:17+05:30 Four Ladakh Students Held Over Blast Near Israel Embassy In Delhi 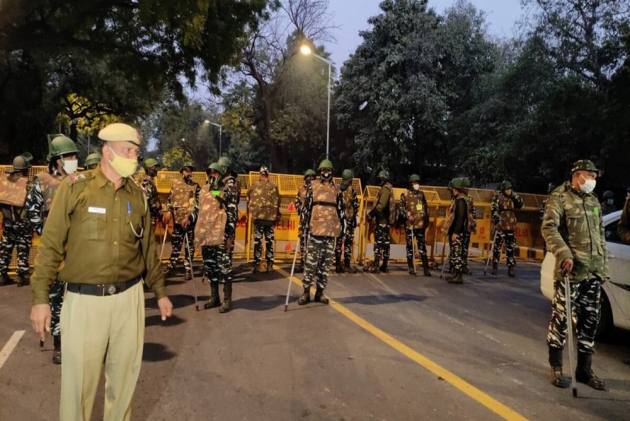 The Delhi Police special cell has arrested four students from Ladakh in connection with a low-intensity IED blast that took place near the Israel Embassy on the evening of January 29.

The students were arrested from Kargil and brought to Delhi on transit remand.

While the case is being probed by the National Investigation Agency (NIA), the Special Cell in Delhi registered a case of “conspiracy” behind the blast and picked up the four.

The four students have been identified as Nazir Hussain (26), Zulfikar Ali Wazir (25), Aiaz Hussain (28) and Muzammil Hussain (25), the police said, adding that all of them are residents of Thang village in Ladakh's Kargil district.

Some cars were damaged in the explosion that occurred about 150 metres away from the embassy on the Dr APJ Abdul Kalam Road.

In a joint operation with a central intelligence agency and the Kargil police, the Special Cell of the Delhi Police detained four persons from Kargil in connection with the conspiracy to plan and execute terror activities in the national capital, a statement quoting Delhi Police PRO Chinmoy Biswal said.

"They have been taken on remand and brought to Delhi for questioning," he said.

The Delhi Police Special Cell, which was probing the incident, had registered a case of "conspiracy" behind the blast.

During its investigation, footage of over 100 CCTVs installed in and around the embassy were scanned by the police team, officials had earlier said.

In one such footage, the Delhi Police Special Cell had spotted two men walking on the pavement before the blast, they had said.

Both the men with their faces covered were seen walking on the road and one of them wearing a jacket was spotted carrying a bag with him, the police had said.

The Ministry of Home Affairs had handed over the probe of the blast to the National Investigation Agency on February 2.

Recently, the NIA announced a reward of Rs 10 lakh each for identification of two people captured on CCTV camera.

'As Undeclared Emergency': Farmers To Mark 7 Months Of Agitation On June 26