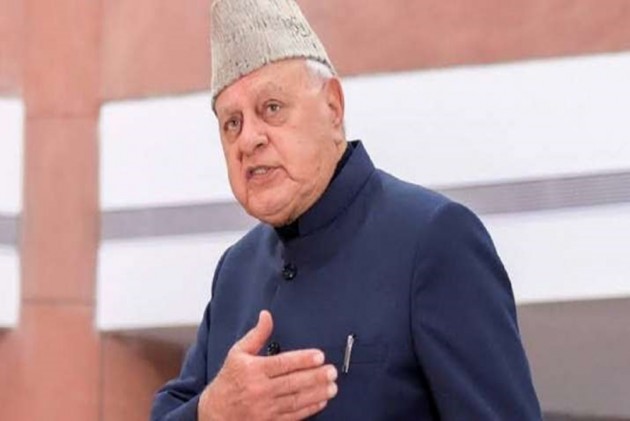 Jammu & Kashmir Apni Party president Altaf Bukhari on Thursday welcomed the decision of the Political Alliance for the Gupkar Declaration (PAGD) to fight the DDC elections saying the alliance did the right thing by not taking any emotional decision.

Bukhari, a businessman-turned-politician, said it took Sheikh Muhammad Abdullah 22 years to realize what the right path is. He said it took less than one month for the PAGD to decide what is good for people and decided to participate in polls.

Bukari said the J&K Apni Party has not given up its stance on Article 370 restoration. “The case is in the Supreme Court. We had five MPs who unfortunately couldn’t save it. Those five people can’t bring back Article 370. Our hope is tied with the SC,” he said, adding that “we also demand statehood for our identity.”

On March 14, this year, Prime Minister Narendra Modi met a 24-member delegation from Jammu & Kashmir Apni Party led by Altaf Bukhari at Lok Kalyan Marg in New Delhi. This was the first meeting of the Prime Minister with any political leader of J&K after the abrogation of Article 370 on August 5, 2019.

The Prime Minister had “engaged with the delegation on various issues like concerns on demographic changes, delimitation exercise, and grant of state domicile". Apni Party president Altaf Bukhari during the meeting described August 5, 2019, as a watershed moment in the history of Jammu and Kashmir.

But when on March 31 evening, after eight months of abrogation of Articles 370 and 35A of Indian Constitution, the Centre, amid Covid-19 pandemic lockdown, notified a law through an executive order defining domicile of Jammu and Kashmir and eligibility for employment in government jobs, a sense of despair engulfed Kashmir Valley and the Apni Party was first to express concern over it.

On October 27, the Centre government notified Jammu and Kashmir Reorganization (Adaptation of Central Laws) Third Order, doing away with domicile or permanent resident certificate to purchase land in Jammu and Kashmir paving way for the acquisition of land in J&K by all Indian citizens.