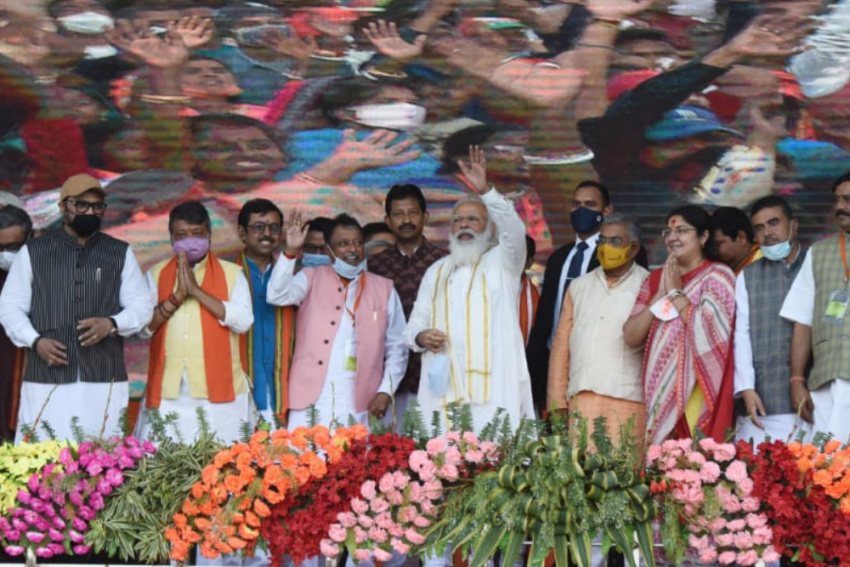 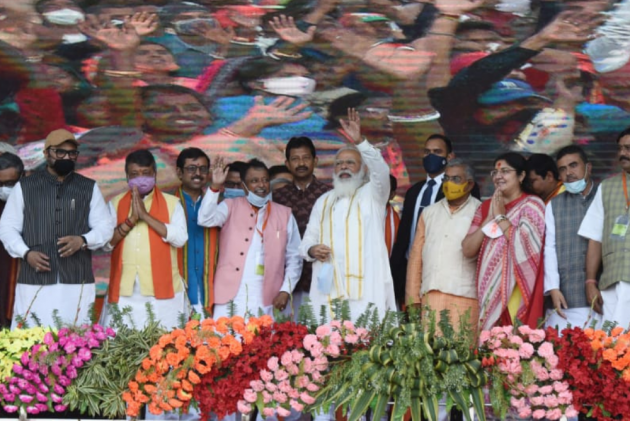 While addressing a rally at Bandel in Hooghly district on Monday – his second political rally this year in the run-up to the upcoming Assembly elections – Modi said that the Centre’s Jal Jeevan Mission is working to ensure every household in villages across the country gets piped drinking water facilities.

“The aim is to ensure that our mothers, sisters and daughters do not waste time and energy to fetch drinking water. The aim is to save our children from the diseases that polluted water may cause. This mission is all the more important for Bengal because here, of the 1.5 – 1.75 crore rural households, only about 2 lakh households have piped drinking water facilities,” Modi said.

According to the prime minister, 3.6 crore households across the country have so far been provided with piped drinking water connection. Since Bengal was lagging behind, the Centre gave it a push, but the state government did not respond, the PM alleged.

“Bengal could take the supply to only 9 lakh households. At the pace they are working, no one knows how many years it’s going to take to provide piped drinking water to every rural household,” Modi said.

Modi also cited another example to elaborate the lack of seriousness on the part of the Bengal government in providing piped drinking water. “The government of India granted over Rs 1,700 crore to the state government but they managed to spend only Rs 609 crore. They are sitting on the rest,” he alleged.

Modi then brought the issue of Bengal’s daughters wronged by the state government.

His reference to ‘Bengal’s daughters’ is being seen as a direct jibe at the TMC’s official electoral slogan, launched last week. The slogan said, 'Bangla Nijer Meyekei Chai', meaning Bengal wants her own daughter.

Incidentally, one of the dominant themes of the TMC’s electoral campaign is the good work that the Mamata Banerjee government did for the women.

The party is citing the internationally recognised scheme for girl children, Kanysahree, the Rupashree project, the universal health insurance scheme where the card is issued in the name of women, the stress on women-centric self-help groups, free ambulance service to increase institutional delivery, grants for nutrition for mother of new-borns, among others.

Political observers said that Modi’s speech was aimed at blunting the TMC’s campaign portraying Mamata Banerjee as Bengal’s daughter, a campaign that many expected to evoke sentiments and sympathy among the state’s women.

Kappan Launches Nationalist Congress Kerala After Being Expelled From NCP