The Flying Squad of the Khuniya Range is the 911 for Elephant Emergencies. On duty 24x7, their task is to drive elephants back to the forest, away from human-dominated areas before all hell breaks loose. 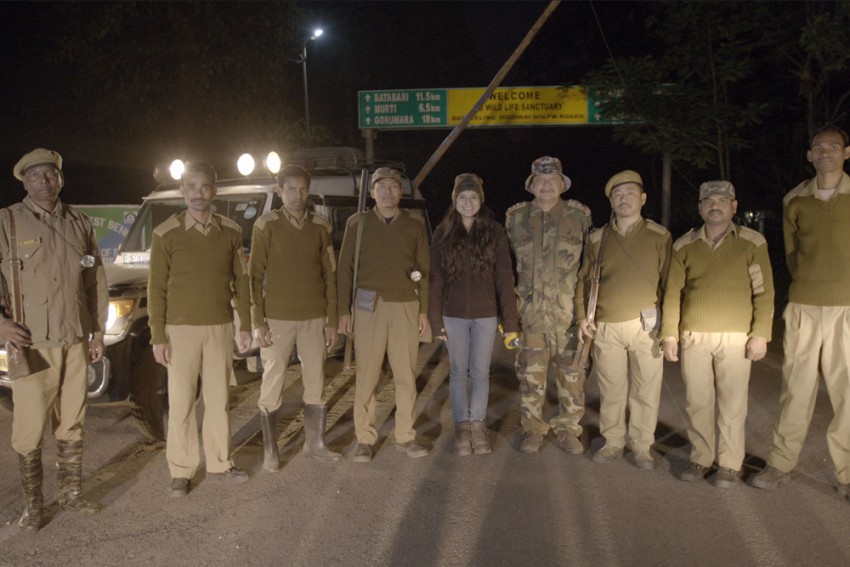 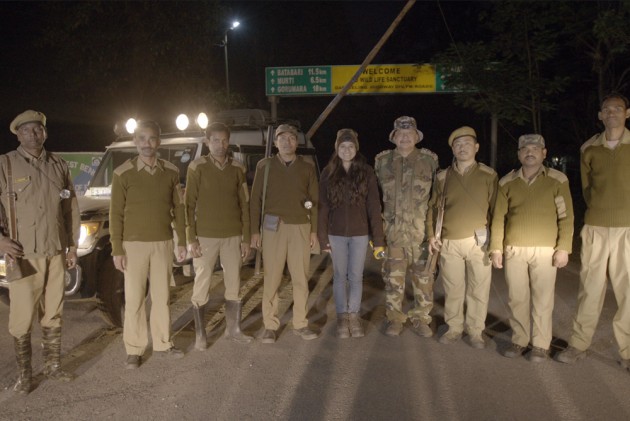 It’s 2 a.m. In a small, humid room in the Khuniya Range Office in North Bengal, I try to nod off. I’ve been on the go for seven days and nights. I am completely sleep-deprived, and I can’t keep my eyes open, despite the mosquitoes devouring me alive. And despite a noisy Bengali serial a group of forest guards is watching on an ancient TV set in the corner.

The forest guards can’t afford to take a power nap. In case their phone rings. And of course it does. Loudly. It jolts me awake.

Action. Battle stations. TV off. Shoes on. Guns loaded. Torch lights in hand. In two minutes, the group of seven is racing towards an idling Gypsy. Our film crew can barely keep up and we just about manage to scramble into their vehicle before they fly off.

Meet the Flying Squad of the Khuniya Range. They are the 911 for Elephant Emergencies. On duty 24x7, their task is to drive elephants back to the forest, away from human dominated areas before all hell breaks loose. It’s no easy task when it comes to North Bengal. This is Ground Zero for Human-Elephant conflict.

A mosaic of forest patches, tea gardens, and paddy fields, the landscape and livelihood practices of North Bengal lends itself to inevitable disaster. The farmers of North Bengal largely depend on their paddy cultivation to provide their families food for the entire year. But then elephants love paddy. It’s their favourite meal. And it’s temptingly available right under their trunks in the fields that flank their depleted forests. Wherever there’s paddy, the elephants will come. They are four-ton behemoths, but they can be quiet as a mouse when they sneak into a village. And in the dead of a single night they can clean out the harvest of six months toil. Conflict is inevitable.

The villagers, desperate to save their lands, fight back in the hundreds with torch lights, drums, crackers and battle cries. The panicked creatures flee in terror, running like thieves in a country which once belonged to them long before colonizing humans arrived. It’s hard not to feel sad and afraid for both sides.

And that’s when the Khuniya Squad steps in. They drive the elephants back into the forest but more humanely. They use firecrackers too, but only to guide the creatures towards the safest refuge before the angry mob beset them. The forest guards in Khuniya Range Office do this every night to ensure both man and animals are safe.

This daily routine helps, but it is not the final solution. I ask Rupon what he thinks. He agrees. But his job is to ensure that while he’s on duty, no elephant or human being is harmed. For these heroes, conservation is taken one day at a time.