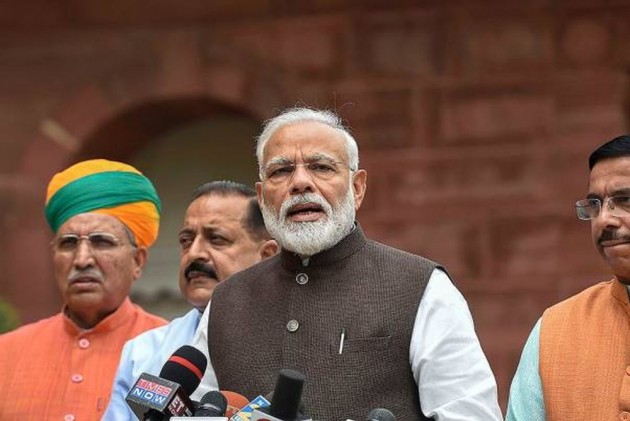 Leader of the House and Prime Minister Narendra Modi, Defence Minister Rajnath Singh and Home Minister Amit Shah were among those who took oath as Members of the 17th Lok Sabha that commenced in Delhi Monday.

As soon as the House met, the Members stood in silence for a few minutes as per the convention after the assembling of the new House.

When Modi's name was called out by the Secretary General for taking oath, Members from the ruling NDA thumped the desk greeting the Prime Minister with slogans such as 'Modi Modi' and "Bharat Mata ki Jai.

The panel of presiding officers - K Suresh, Brijbhushan Sharan Singh and B Mehtab - took oath as Members after the Prime Minister.

Congress President Rahul Gandhi was not seen when the House met.

Earlier the new session began with playing of the National Anthem.

Before the House met, Virendra Kumar was sworn in as Pro-Tem Speaker by President Ramnath Kovind at Rashtrapati Bhavan.