Explaining the procedure, Madhya Pradesh Home Minister said once a complainant dials 100, police personnel will reach his/her residence to get the FIR registered. 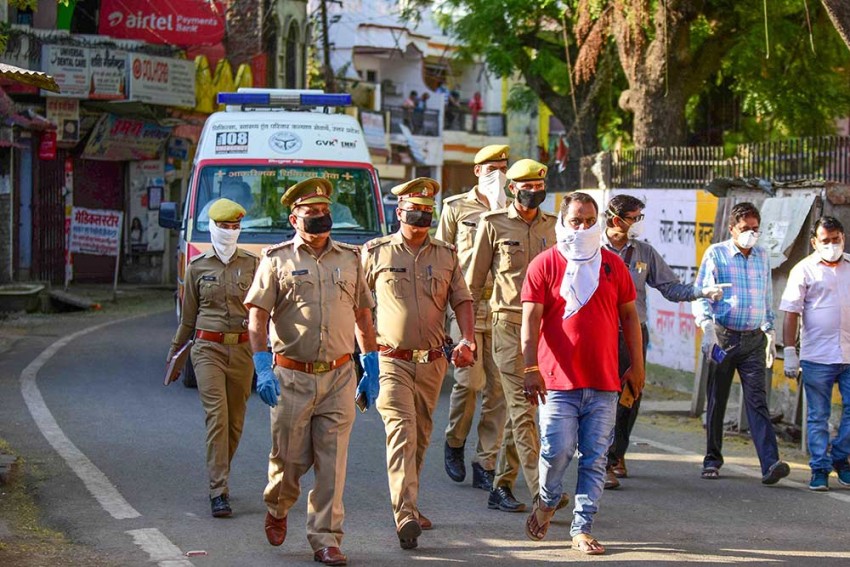 Amidst the COVID-19 crisis, the Madhya Pradesh Police on Monday launched a special initiative enabling people to file FIRs from their homes instead of visiting police stations.

The "FIR Aapke Dwar" (FIR at your doorstep) is a pilot project under which a complainant is supposed to dial police emergency number 100 to lodge an FIR.

"This scheme will prove to be a boon for people of the state as it will resolve their problems at their doorstep only and they need not have to come to police stations," said state Home Minister Narottam Mishra.

Explaining the procedure, Mishra said once a complainant dials 100, police personnel will reach his/her residence to get the FIR registered.

The home minister also launched "Dial-112" scheme under which facilities of ambulance, police and fire services will be made available to the caller immediately across the state.

Director General of Police (DGP) Vivek Jouhri said on the occasion that trained head constables are deployed for the' FIR at the doorstep' scheme.

"The scheme will continue as a pilot project till August 31, after which its results will be analysed for expanding its area of implementation," the DGP said.