Home  »  Website  »  National  »  Sushma Targets Pak At OIC Meet, Says To Save Humanity, Support To Terror Must Be Stopped

Sushma Targets Pak At OIC Meet, Says To Save Humanity, Support To Terror Must Be Stopped

Remembering the dark days of colonialism, Swaraj said that OIC members constitute 1/4th of the United Nations and almost a quarter of humanity. 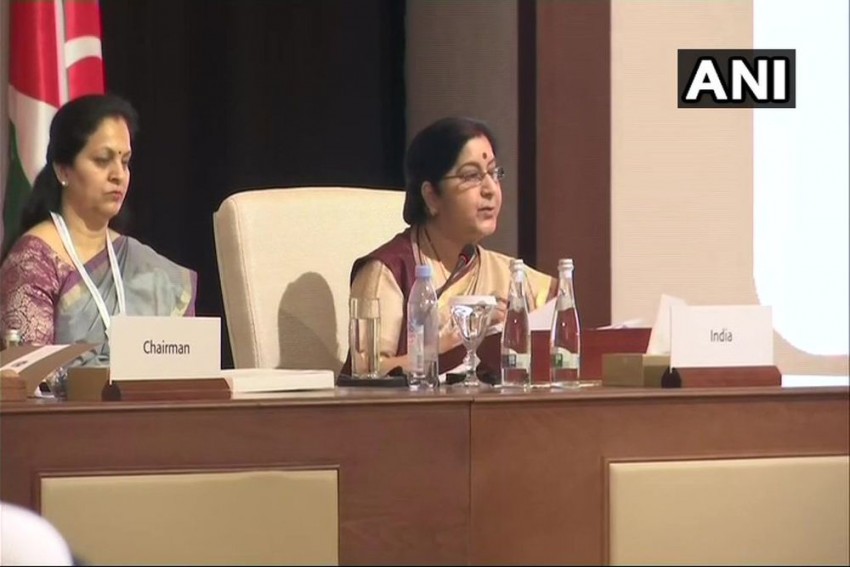 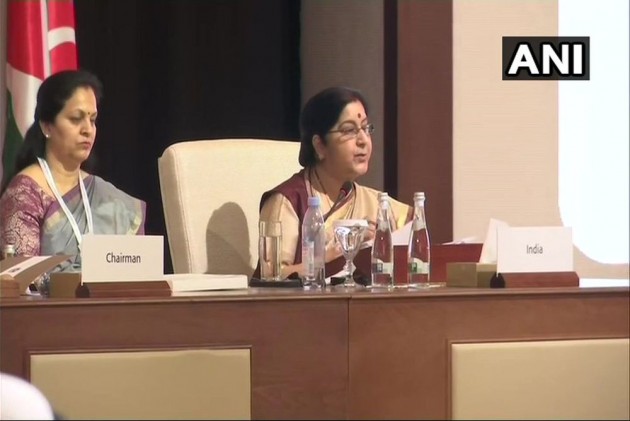 External Affairs Minister Sushma Swaraj on Friday condemned terrorism, saying that it is destroying lives, destabilizing regions and putting the world at great peril, while addressing the OIC conclave as Guest of Honour in Abu Dhabi.

Targetting Pakistan, Swaraj told the OIC Foreign Ministers Meet, that in order to save humanity, states must be told not to provide shelter and funding to terrorists, and dismantle the terror infrastructure.

EAM Sushma Swaraj at OIC conclave: I come from land of Mahatma Gandhi where every prayer ends with call for 'shanti' that is peace for all. I convey our best wishes, support&solidarity in your quest for stability, peace, harmony, economic growth&prosperity for your people&world. pic.twitter.com/jTspGKacsx

"Just as Islam literally means peace, none of the 99 names of Allah mean violence. Similarly, every religion in the world stands for peace, compassion and brotherhood," Swaraj told the 57-member powerful grouping.

Her remarks came amid heightened tensions between India and Pakistan following the February 14 terror attack on Pulwama by Pakistan-based Jaish-e-Mohammed that left 40 CRPF personnel dead.

It is for the first time that India has been invited to a meeting of the OIC, an influential grouping of 57 Islamic countries, as the guest of honour.

Pakistan Foreign Minister Shah Mahmood Qureshi did not attend the meet to protest the invite to India as "Guest of Honour". He had urged the OIC to rescind the invitation to Swaraj in the aftermath of India's cross-LoC airstrike in Balakot, targetting a Jaish-e-Mohammad training camp.

Swaraj further said, "I'm honoured to join colleagues from nations that represent a great religion and ancient civilisations. I stand here as a representative of a land that has been a mountain of knowledge, a beacon of peace, the source of faith and traditions, home to many religions and one of the major economies".

Emphasizing on maintaining peace and harmony, the External Affairs Minister said, "I come from the land of Mahatma Gandhi where every prayer ends with the call for 'shanti' that is peace for all. I convey our best wishes, support and solidarity in your quest for stability, peace, harmony, economic growth and prosperity for your people and world."

"Terrorism and extremism bear different names and labels. It uses diverse causes. But in each case, it is driven by distortion of religion, and a misguided belief in its power to succeed," she told the leaders of the major Muslim countries.