‘I decided I cannot sit in the Assembly with those who bring resolutions favouring these laws,’ Abhay Singh Chautala said 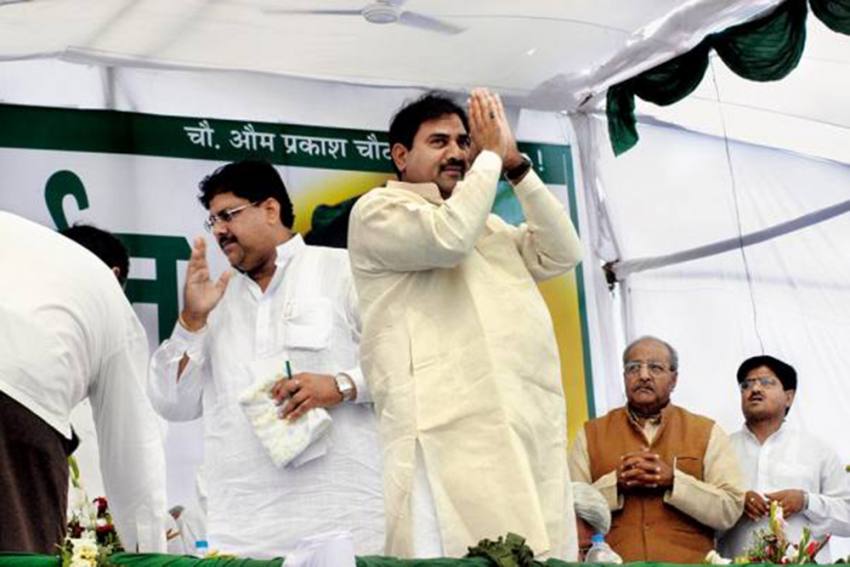 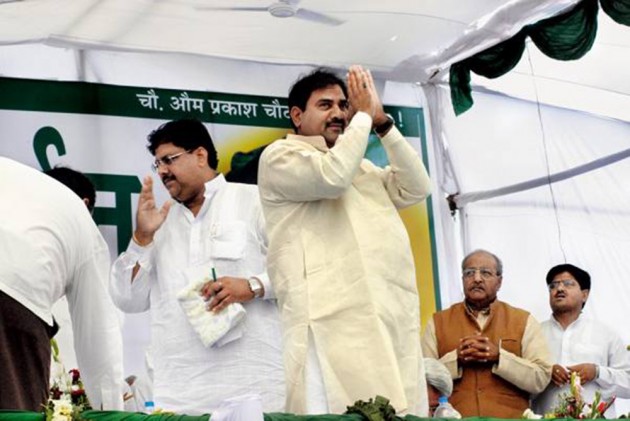 As a mark of protest against the Centre’s recent agriculture legislations, Indian National Lok Dal (INLD) leader Abhay Singh Chautala, resigned from the Haryana Assembly on Wednesday. Chautala was his party’s sole representative in the 90-member Haryana Assembly.

His move comes a day after Haryana Chief Minister Manohar Lal Khattar condemned the violence that broke out during the farmers’ Republic Day tractor rally on Tuesday. Read more

In a strongly-worded statement, Chautala said, "I decided I cannot sit in the Assembly with those who bring resolutions favouring these laws," referring to the state government's earlier move of bringing in a resolution backing the Centre's three contentious farm laws.

The younger son of INLD president and former Chief Minister Om Prakash Chautala, Abhay drove to the state Assembly complex with his supporters in his green tractor to submit his resignation.

"Abhay Chautala, who represents the Ellenabad constituency, came to me and tendered his resignation and I have accepted it with immediate effect," Speaker Gian Chand Gupta said, adding his resignation letter was correct in all technical aspects.

Chautala stated in his resignation letter that he was resigning as protesting farmers' demands have not been met by the government, the Speaker told reporters here.

In his resignation paper, Chautala has referred to two letters he had sent to the Speaker earlier this month, telling him that if the Centre failed to accept farmers' demand to repeal the new agri laws then his letters should be treated as his resignation from the state Assembly, Gupta said.

The Speaker had not accepted Chautala's previous letters as his resignation on the grounds that "conditional letters" cannot be considered as such.

In the letter to Gupta, Chautala, the 57-year-old general secretary of the INLD, had slammed the Centre for imposing the “black laws" on farmers in an “undemocratic way” and said the farming community in the entire country is opposing these legislations.

After Chautala's resignation, the 90-member Haryana Assembly now has 40 MLAs of the BJP, 10 of ally JJP, 31 members of the main opposition Congress and one MLA of Haryana Lokhit Party.

Seven members are Independents, out of whom five including Power Minister Ranjit Singh Chautala support the ruling combine.

Abhay's move to resign is likely to come as a boost for workers of the party, which has been out of power for over 15 years in Haryana and has suffered a series of electoral setbacks in recent times.

Later talking to reporters, Chautala said his party believes in furthering the policies of former deputy prime minister Devi Lal, who was considered a messiah of the farmers.

He said not only farmers from Punjab and Haryana were protesting these farm laws, but peasants from across country were against these legislations.

"I want to tell the country's Prime Minister that the Centre made a wrong decision and because of that so many farmers are protesting against these laws on the roads in winter months.

"If the Centre is ready to put these laws on hold for 18 months to even two years, that means there are some flaws. So, the Centre should repeal these laws and fulfil the promises they made on farm loan waiver and implementation of Swaminathan Commission report," Chautala said.

The INLD leader said it does not seem to him he can play any role to protect the rights of farmers under the kind of conditions created by the government.

Meanwhile, he also blamed the BJP for the unruly events that unfolded in Delhi on Tuesday during farmers' tractor rally. "Some anti-social elements from Uttar Pradesh spread rumours after which some young farmers headed towards the Red Fort," he said.