A group of almost 50,000 farmers is expected to march to Raj Bhavan later today to hand the governor a memorandum against the new farm laws 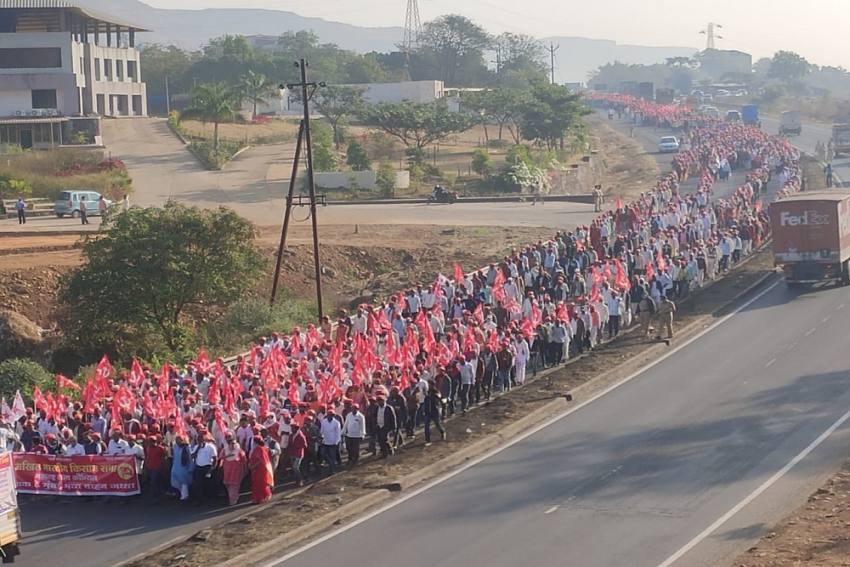 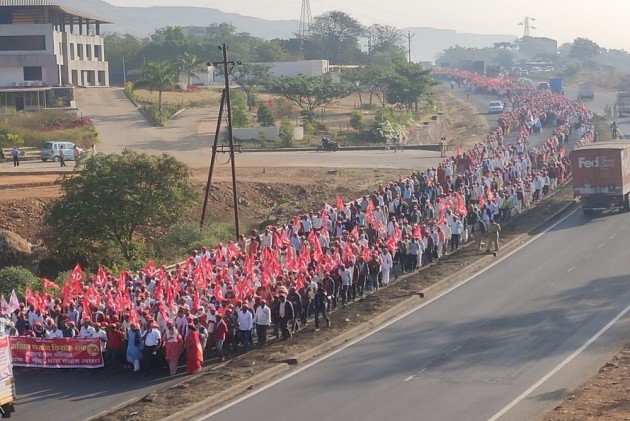 A slew of farmers from as many as 21 districts of Maharashtra have assembled at Mumbai's expansive Azad Maidan to begin their sit-in for three days, in order to register their protest and intensify their agitation against the new farm laws that were enacted in September last year.

The protesting farmers in Mumbai have joined forces under the banner of Akhil Bharatiya Kisan Sabha (AIKS).  The farmers who entered Mumbai yesterday join other organisations who are partaking in the agitation. They will join forces under the Samyukta Shetkari Kamgar Morcha that began yesterday morning.

The rally comes as a response to the nationwide call by Samyukta Kisan Morcha (SKM), who is leading the farmers' agitation at Delhi borders, to intensify protests from January 23 to 26.

The public meeting at Azad Maidan is expected to start at 11 am and go on till 2 pm, which will be addressed by top leaders of the ruling Maha Vikas Aghadi in the state, AIKS national general secretary Hannan Mollah, along with other political leaders. After which the group will march to Raj Bhavan to hand the governor a memorandum against the new farm laws. AIKS claims that almost 50,000 farmers are expected to take part in the agitation.

Over 15,000 farmers belonging to AIKS Maharashtra began their march on foot down a seven-kilometre long stretch, from the Kasara Ghat joining Nashik and Thane districts, at 9 am. The march comprised of a large number of women and youth farmers, and ended at 11:30 am.

Thousands of farmers, mostly from Punjab, Haryana and western Uttar Pradesh, have been camping at several border points of Delhi since November 28 last year, demanding a repeal of these laws.

Many more farmers are expected to join the protest in order to intensify the protest against the new farm laws. The agitation will conclude on the morning of January 26, Republic Day. The groups plan to hoist the national flag, sing the anthem, and a pledge to make the current struggle of farmers and workers victorious at all costs.
With PTI inputs
For in-depth, objective and more importantly balanced journalism, Click here to subscribe to Outlook Magazine