Farmers’ agitation suspended: The modified tractors fitted with music systems started snarling through the protest camping site at Singhu, the farmers chanted slogans and danced to the Punjabi songs, celebrating their unity.

At the protest camping site at the Singhu border, a slogan written on a flex banner catches your eyes.

Fixed on the outer wall of a small makeshift bamboo house, set up by the farmers, the banner reads: “Ye ladaai nahin hai kewal faslon ki, ye ladaai hai aane waali naslon ki – this fight is not just about crops, it’s a struggle for securing the future of the posterity.”

As the farmers braced themselves for the long march back home, Sukhwinder Kaur, a farmer leader from Bathinda, told the secret of the farmers’ resilience in the face of all the odds — vagaries of weather, hostile media and political conspiracies — that preceded their victory, while several others around her concurred,“Its sabr (patience) that we have learnt from the words of our Gurus – ‘one should always live in Charddi Kla’.” 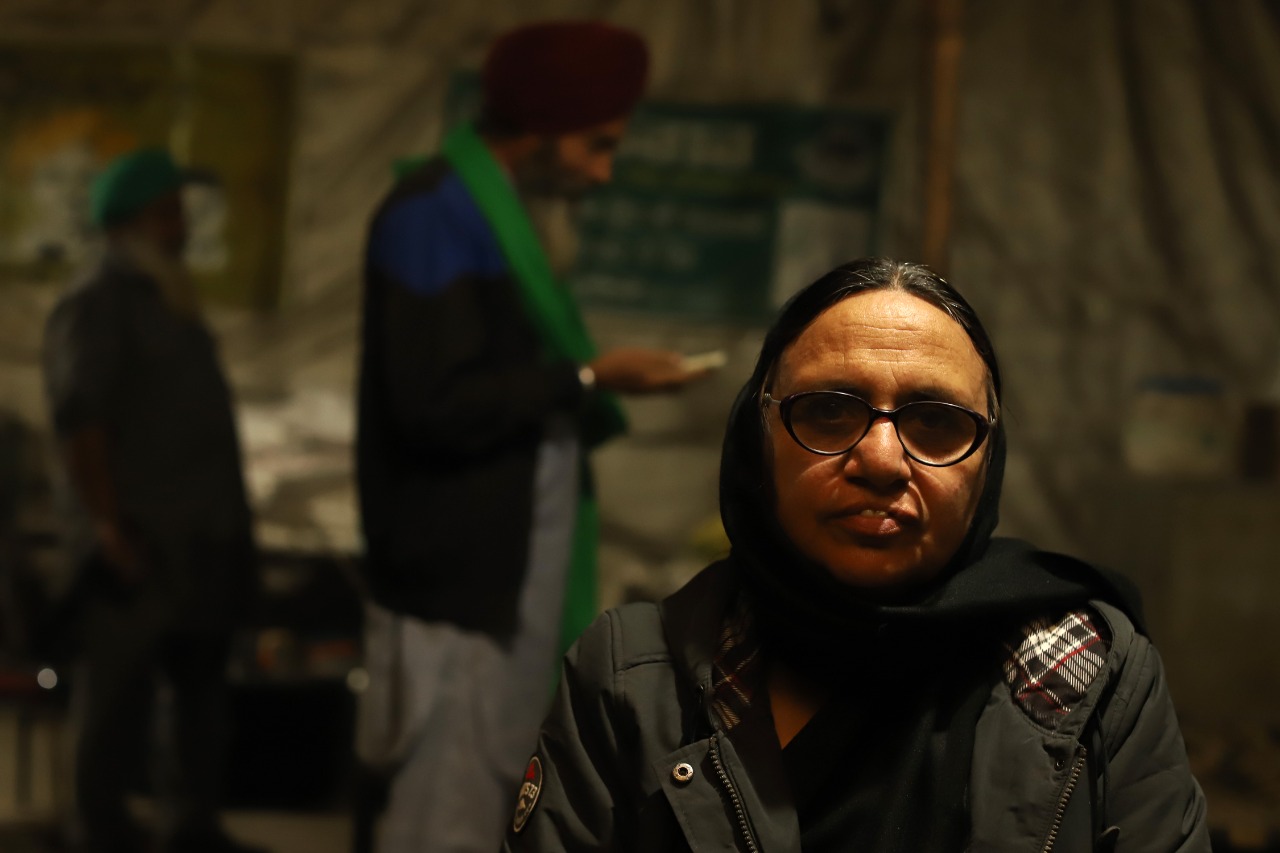 A Punjabi term in Sikhism, “Charddi Kla” impresses on aspiring to maintain a mental state of eternal optimism and joy. In other words, for many, it signifies a happy-go-lucky kind of attitude towards life without feeling bogged down by the existential challenges.

Also read: From Dharmendra, Diljit To Priyanka, Celebrities Who Stood Up For Farmers'

As soon as the leaders of Samyukta Kisan Morcha (SKM), an umbrella body of protesting farmers’ unions from Punjab, Haryana and west Uttar Pradesh, announced to call off the agitation on Thursday, December 9, revelry broke out at the protest site.

As the modified tractors fitted with music systems started snarling through the protest camping site, farmers chanted slogans and danced to the Punjabi songs, celebrating their unity.

Farmers had been staging a protest sit-in for more than a year at Delhi borders, against the now-scrapped set of farm laws and other issues including a legal guarantee of Minimum Support Price(MSP) for their crops.

Also read: Lift As We Sing: The Role Of Songs During Farmers’ Protests

The decision to call off the strike came after the centre sent a written draft proposal to the SKM’s five-member committee on December 8 evening, responding to the latter’s demands and concerns.

The demands included the withdrawal of criminal cases against farmers, both related to stubble burning and agitation against three controversial farm laws, legal guarantee on MSP, compensating the families of the farmers who died during the year-long agitation, withdrawal of draft Electricity (Amendment) Bill and dismissal and land for the construction of a martyr’s memorial at Singhu for over 700 farmers who died during the protest demonstration.

Earlier on November 20, that marked Guru Nanak Jayanti, the Prime Minister Narendra Modi had announced the withdrawal of the three controversial farm laws.

While the government introduced the set of laws as a revolutionary step towards agrarian reforms, the farmers viewed it as a step aimed at “corporatisation of agriculture”.

Also read: How To Divide Farmers? Use ‘Khalistan’, ‘Maoist’ And ‘Tukde Tukde Gang’

“The toughest time that we faced during the entire agitation was on January 26, Republic Day. When some miscreants sneaked into our protest parade and stormed the Red Fort. At that time, we thought it was the end of it. But we remained successful in maintaining the peaceful character of our movement,” said Jaswant Singh, 65, a resident of Fatehgarh Sahib, Punjab. Singh runs langar (free community kitchen) named after his village Solana at the protest site. 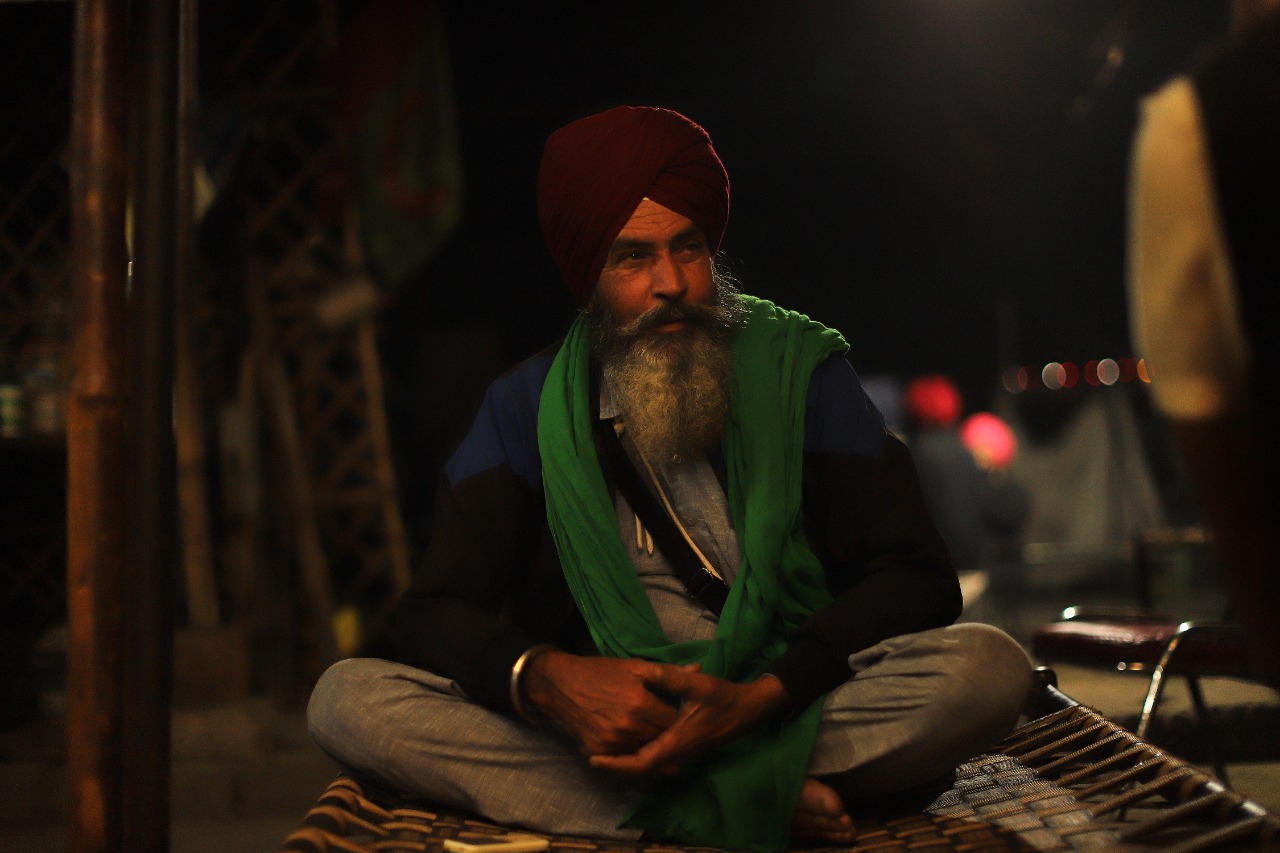 The langar which gets its ration supplies from his village has been providing free meals since the beginning of the protest last year. “Initially, we would serve 11,000 meals a day. But since November 20, we have been cooking food for 500 persons on a daily basis,” he said.

While discussing the human cost of the agitation, which claimed the lives of over 700 protesting farmers, Singh said something which resonated with the philosophy of stoicism that calls for enduring sufferings without the display of feelings and without complaint.

“Now that our demands have been met and our concerns addressed. We are going back without bitterness against anyone, We don't hold on to grudges against any government or political party,” he said. “But we will never forget our comrades who lost lives during the agitation. Their memories will stay with us forever.”

He pointed towards a poster that showed the picture of 17-year-old Balkaran Singh (17). “Although a stranger, he was just like a son to me. He used to help me in this langar. On March 15, he died in a road accident when a tractor-trolly which was bringing firewood for the langar, turned turtle near Mannat Dhaba, 8 km from here in Karnal.”

Just like Jaswant Singh, others farmers, also narrated the stories about the protesting farmers who fell sick and lost life during the protest agitation. On his phone screen, Surjit Singh Phool, who is president of the Punjab unit of Bharti Kisan Union Krantikari, showed a blog,which is a chronicle of 714 deaths. These farmers were participating in the protests at Delhi’s borders and allegedly lost life due to ailments, hostile weather, road accidents, coronavirus, police action and suicides.

At the protest camping site, which looks like a mosaic of mini-India, a group of jubilant Sikh and Hindu farmers at Langar Sewa Muslim Bhaichara Malerkotla thus reacted to the camerapersons from media, “It’s the political parties which divide and rule. We won because we stayed united.”

Darshan Pal, a farmers’ leader said, these deaths will be mourned on December 10 and the next day, the farmers will embark on victory marches and start leaving Singhu border for their homes.

On December 12, the farmers will go to the Golden Temple to hold a special prayer for the. The protest will formally conclude on December 15.

Gurnam Singh Chaduni, another farmer leader said, “Samyukta Kisan Morcha has decided to suspend the agitation as the central government has agreed to our demands.” But Chadhuni added, “We will hold a meeting on January 15 to review progress on the government's promises. If the government backtracked from its written assurance, we will resume the agitation.”

A little away from the site of media conference, Babbar Virk, a young artist from Karnal, Haryana, stood, surrounded by a group of people. While playing the guitar and looking towards the sky, Virk was singing, “Inquilab Goonjda – revolution echoes.”

UP Polls: Why Is Akhilesh Remembering Person Behind India's Partition, Asks Nadda