The Congress alleged that the BJP leaders continued to address the public meeting even after the death of the farmer. 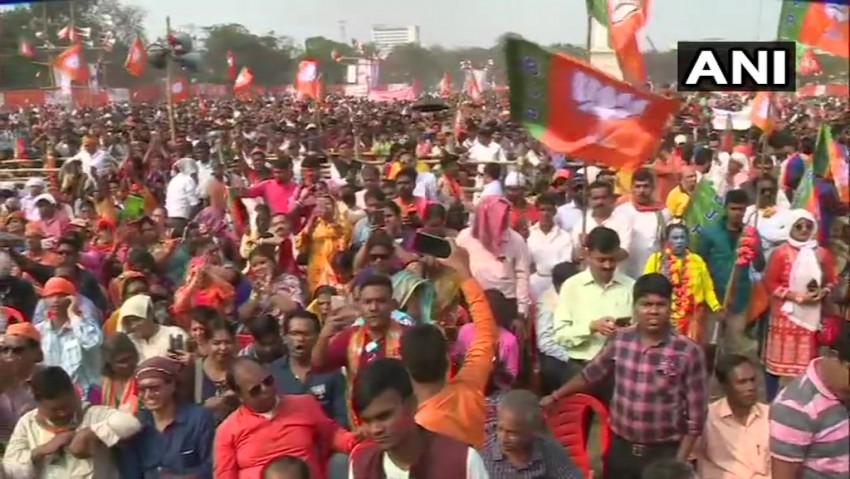 A septuagenarian farmer reportedly died of a heart attack during a public meeting in Madhya Pradesh's Khandwa district on Sunday, where BJP's Rajya Sabha MP Jyotiraditya Scindia was scheduled to speak, an official said

"A 70-year-old farmer identified as Jiwan Singh, a resident of Chandpur village in the district, came to attend the public meeting at Mundi on Sunday. But his condition deteriorated and he collapsed on the chair," Mundi police station in-charge Antim Pawar said
"He was taken to a hospital, where doctors declared him dead. Initial investigation revealed that he died of a heart attack," he said.

According to eyewitnesses, local leaders were addressing the gathering when the farmer died.
Later, Scindia reached the stage and on being told about the death, he paid tribute to the deceased farmer and observed a one-minute silence, they said.

"A farmer died during the BJP's public meeting under the Mandhata assembly seat today and the leaders kept delivering speeches. Is this BJP's mentality and humanity?" he said.

When asked, senior BJP leader Govind Malu mourned the farmer's death and told PTI that the leaders paid tributes as soon as they came to know about it.

"Hence, the Congress should not indulge in this kind of politics over the death of a farmer. It is sad. The leaders including Scindia paid tribute to the farmer as soon as they came to know about the demise," he said.