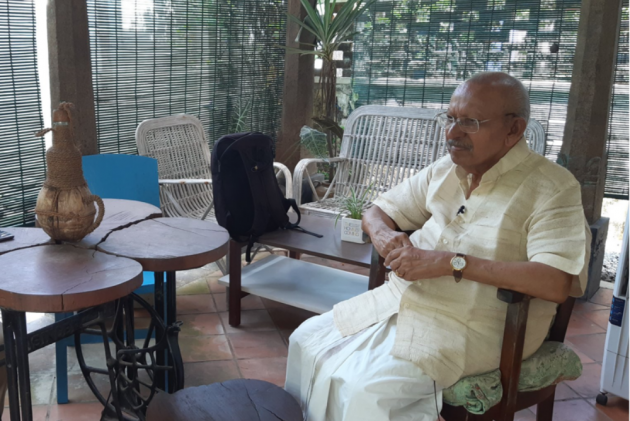 The deceased died at a private hospital in Kochi, Ernakulam press club officials said.
He was 83 and is survived by wife and three children.

Cartoonist Yesudasan, as he is popularly known, had recovered from COVID-19 a week ago but was admitted to the hospital due to post COVID complications. He breathed his last at 3.45 am.

Born in Bharaikkavu in Alappuzha district in 1938, Yesudasan had a long stint as a cartoonist with Malayala Manorama. He had also worked with Janayugom and Shankar's weekly in the beginning of his career.

Kerala Chief Minister Pinarayi Vijayan condoled the death of Yesudasan, who rose to the ranks of the most prominent cartoonists, and said the field of cartoons has lost a unique talent.

The CM said Yesudasan, through his cartoons, not only reflected the political developments of a period, but also boldly recorded his views and anyone who peruses his work can see the political history of Kerala.

Leader of Opposition in the Assembly, V D Satheesan also expressed his condolences and said the cartoonist left a mark on the political history of Kerala and India through his work.

He said Yesudasan popularized the art of cartooning and was the author of the first pocket cartoon in Kerala.

He criticized, made people laugh and made them think through his work, Satheesan said in his message.

Yesudasan showed the depth of his talent through the dialogues he penned for K G George's famous satirical film 'Panchavadipalam', he said and added that his cartoons will not die with him.

Yesudasan's funeral will be held tomorrow at a church here. His mortal remains will be placed at the municipal town hall in Kalamassery on Thursday morning for the public to pay their respects. (With PTI inputs)