The image purportedly showing Rihanna holding the national flag of Pakistan was shared thousands of times.

Ever since Rihanna tweeted about the ongoing farmers’ protest in India, many Twitter users in India indulged in trolling her online with some even going to the extent of linking her to Pakistan.

An image intending to establish a connection between the pop icon and Pakistan has been shared widely on social media. The image purportedly showing Rihanna holding the national flag of Pakistan was shared thousands of times. 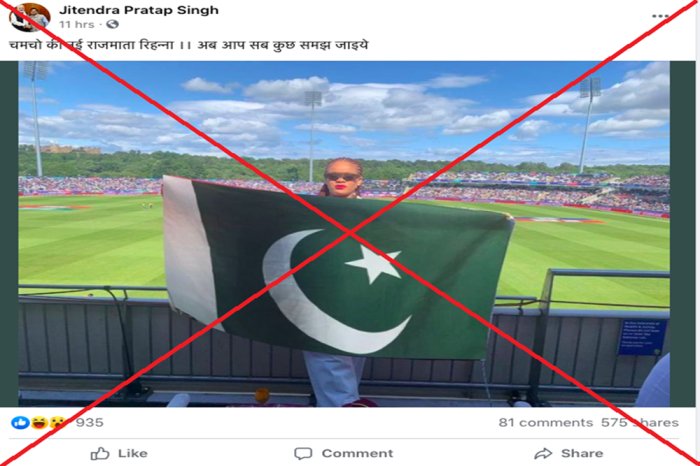 However, the image is doctored. In the actual image, Rihanna is holding a West Indies flag at a cricket match in 2019. A reverse image search on Google revealed that the original photo was published on the official Twitter account of The International Cricket Council (ICC) on July 1, 2019.

Look who's at #SLvWI to Rally 'round the West Indies!

On July 2, 2019, Rihanna had also posted a photo of her on Instagram wearing a cap knitted with West Indies cricket crest.