Explained: What Awaits Indians Evacuated From China Amid Coronavirus Outbreak

Two quarantine facilities have been set up, one in Manesar and the other in Delhi, to host the China returnees. 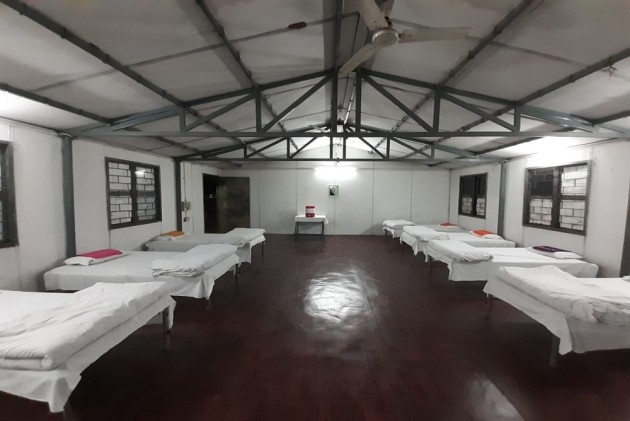 Around 400 people from China will arrive in Delhi on Saturday in Air India's jumbo B747 plane that has taken off on Friday to evacuate Indian nationals from Wuhan amid the novel coronavirus outbreak. There are five doctors from the Health Ministry and one paramedical staff on board.

The World Health Organisation announced the coronavirus outbreak as a global health emergency.

The Indian Embassy in Beijing, which is coordinating the efforts of the evacuation of the Indian nationals, had circulated registration forms and consent notes for the Indians in Hubei. Wuhan, the capital of Hubei province, is the epicentre of the virus outbreak that has claimed 213 lives in China till now.  India has also encountered one positive case of the disease.

As the evacuees return to India, there will be many levels of precaution measures and a long period of being quarantined before they can step into public and resume normal lives.

Who will be evacuated?

Around a thousand Indian nationals, including a large number of students, are staying in Hubei for professional reasons. The exact number of Indians residing there could not be ascertained. The evacuation will start after preliminary medical check-ups of people.

Currently, the known symptoms of the disease include those of the common cold--runny nose, headache, cough, sore throat, fever, and a general feeling of being unwell.

However, reports say the virus can go undetected in healthy people without symptoms.

What will happen when they arrive?

According to the embassy, the stranded Indians will need to undergo a 14-day quarantine in a designated city that upon their arrival in India.

The quarantine was necessary as experts say the incubation period of the new virus was on average three to seven days, with the longest being 14 days.

However, the Health Ministry has said that as a precautionary measure, the quarantine has been extended to 28 days.

The Indo-Tibetan Border Police have prepared a 600-bedded quarantine facility in south-west Delhi along with a team of doctors. Special arrangements have been made to host children and women there.

The Army has also set up a similar facility in Manesar, near Delhi, for 300 students being brought back from Wuhan, ANI news agency reported.

Students will be monitored for any signs of infection for a duration of two weeks by a qualified team of doctors and staff members at Manesar.

If any individual is suspected to be infected, he/she will be shifted to the isolation ward at Base Hospital Delhi Cantonment.

Officials said the evacuees on board the Air India plane will be constantly monitored during the flight as well.

The aircraft, crew and the passengers from Wuhan will, too, have to be isolated and only after ruling out infection they will be allowed to leave, IANS news agency reported

To maintain minimal contact between cabin crew and passengers, no service will take place in the plane. Food items will be kept in seat pockets.

Masks have been arranged for both the crew and passengers while the crew have especially been given "complete protective gear."

The government has reached out to over 600 Indians living in Hubei to ascertain their willingness to be brought back to India.