Uddhav Thackeray is heading a coalition government whose main constituents are the Sena, the Congress and the NCP. 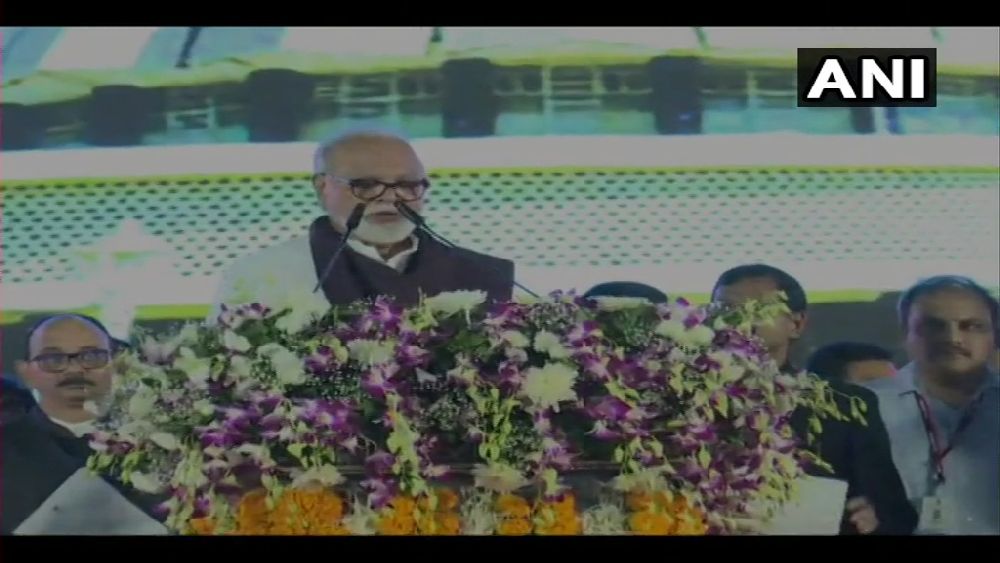 Long stints in electoral politics and past experience in handling key government departments are the hallmarks of Congress-NCP-Shiv Sena legislators who took oath as ministers along with Maharashtra Chief Minister Uddhav Thackeray at the Shivaji Park here on Thursday evening.

Thackeray is heading a coalition government, the Maha Vikas Aghadi (MVA), whose main constituents are the Sena, the Congress and the NCP.

Bhujbal (72) is a veteran figure in Maharashtra politics, who has the rare distinction of being associated with all the three major non-BJP parties in the state.

A senior Nationalist Congress Party (NCP) leader, Bhujbal had been a member of both the Shiv Sena and the Congress at different times.

Taking over as a minister is a sort of revival of his political fortunes after spending two years in jail since March 2016 in a money laundering case when the BJP-led government was in power.

Also Read: From ‘Reluctant’ Politician To CM: Thackeray Has Come A Long Way

Bhujbal, who represents the OBC community, cut his political teeth in the Shiv Sena. He served as the Mayor of Mumbai, a Sena bastion, two times - 1985-86 and 1990-91.

He quit the Sena in 1991, causing quite a stir in state politics, and joined the Congress.

Bhujbal resigned from the Congress in 1999 and sided with Sharad Pawar who formed the NCP the same year.

He became deputy chief minister in December 2008 and held key portfolios such as home affairs and public works in the Congress-NCP government.

Jayant Patil (57) is perceived as a leader with a clean image. He took charge of the NCP's Maharashtra unit replacing Sunil Tatkare in April 2018, ahead of the crucial Lok Sabha and state Assembly polls.

The NCP retained its tally in the 2019 April Lok Sabha election and fared better in the October Assembly polls, but the credit largely went to his boss, Pawar.\

Being part of a motley alliance of once-rival and ideologically divergent parties, Patil, known for composed demeanour, will be one of the key leaders who will be seen doing the trapeze act to ensure the three-party government sustains.

Patil, son of well-known Maharashtra leader the late Rajaram Patil, held key portfolios like finance, home and rural development from 1999 to 2014 when the Congress-NCP combine ruled the state.

Shinde (55) is the most prominent face of the Sena in the adjoining Thane city from where has been elected consecutively four terms to the assembly.

Considered a troubleshooter in the Sena, Shinde was the PWD minister in the previous BJP-led government (2014-19).

One of the confidants of Uddhav Thackeray, Desai (77) is currently an MLC. The senior-most member of the cabinet had been a member of the assembly three times.

Now serving his third term in the upper house of the legislature, Desai was the industries minister in the 2014-19 BJP-Sena government.

When Thorat became the Maharashtra Congress chief in July this year, the party was already staring down the barrel after its Lok Sabha poll debacle in the state, once its citadel.

Also Read | After The Great Betrayal, Will Ajit Pawar Be Able To Regain His Position In NCP?

It could win only one seat in the general election and was relegated to an inferior position than its ally, the NCP. The Congress (44) though fared better in the Assembly elections, winning two more seats than its 2014 tally.

The result may not be satisfactory for the party, which led the state several times in the past, a trusted lieutenant of the party's central leadership, Thorat ensured proper co-ordination in the state unit hit by factionalism.

Thorat, known for maintaining a low profile, was first elected as an MLA from Sangamner in 1985 as an independent. In 1990, he contested Assembly poll on a Congress ticket and this is his eighth term as a legislator.

He became a minister of state in 1999 and was promoted as a cabinet minister in 2004. The Congress legislature party leader has held revenue, agriculture, water conservation and
protocol portfolios in the past.

A key leader of the Congress from its erstwhile bastion of Vidarbha in eastern Maharashtra, Raut (62) is a four-term MLA. He is national chairman of the Congress's Scheduled Caste department and one of the working presidents of the party in Maharashtra.

Hailing from Nagpur, Raut, too, comes with past experience in government. He has held animal husbandry, employment guarantee and water conservation departments so far.

From ‘Reluctant’ Politician To Chief Minister: Uddhav Thackeray Has Come A Long Way