It was the first time that the government has allowed a foreign delegation to visit Jammu and Kashmir post-abrogation of Article 370. 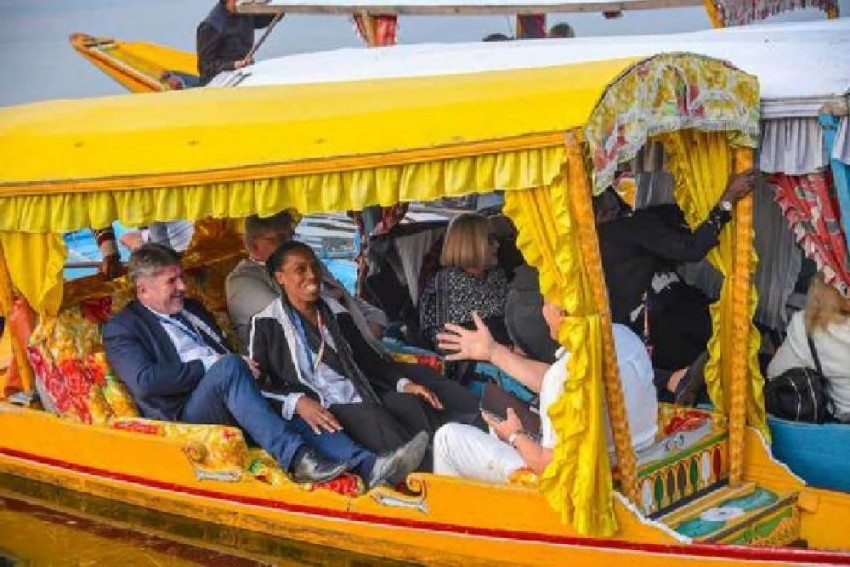 European parliamentarians on a visit to Jammu and Kashmir after the abrogation of Article 370.
File Photo
Outlook Web Bureau 2019-11-20T21:18:31+05:30 European MPs Came On 'Private Visit', Got Sense Of Terrorist Threat To J&K: Home Ministry 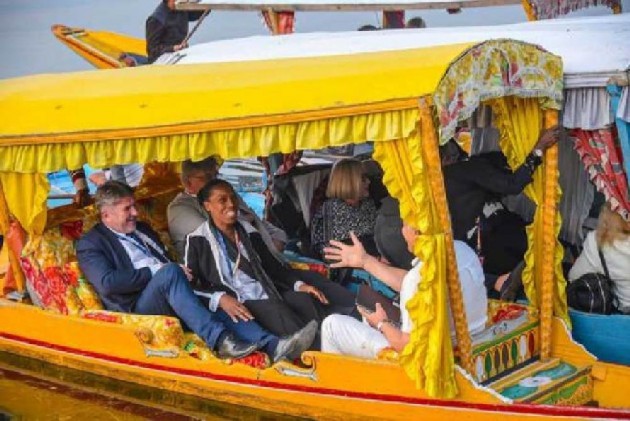 A group of European parliamentarians, whose recent visit to Kashmir sparked controversy, had come for a “private visit” to the country, the government informed Parliament on Wednesday.

Union Minister of State for Home G Kishan Reddy told the Rajya Sabha in a written statement, "The government of Jammu and Kashmir has reported that a group of 27 members of European Parliament (MEPs), who belonged to different political parties including ruling and opposition parties, paid a private visit to India from October 28, 2019 to November 1, 2019 at the invitation of International Institute for Nonaligned Studies, a Delhi based think tank."

The Union Minister also said that the MEPs "got a sense" of how terrorism posed threat to India, especially in Jammu and Kashmir.

"Earlier, the MEPs had expressed their desire that they would like to visit Kashmir to understand how terrorism is affecting India and how this has been a challenge for India," the Ministry of Home Affairs (MHA) said in a statement.

The government facilitating the delegation of MEPs, which mostly included representatives from far-right parties, to visit Jammu and Kashmir to assess the ground situation following the Centre's decision to strip the region of its special status under Article 370 of the Constitution had irked opposition parties.

It was the first time that the government has allowed a foreign delegation to visit Jammu and Kashmir post-abrogation of Article 370 while India politicians were not allowed to enter the Valley and mainstream Kashmiri politicians were detained.

Reddy said that the meetings for the MEPs were facilitated as has been done previously for the visiting members of Parliament of different countries.

The Minister clarified that a delegation of Indian MPs was not allowed to visit Kashmir Valley due to security concerns.

Among the 27 MPs who visited India, 23 went to the Valley.

A member of the European Parliament who was supposed to be among the foreign leaders had claimed that India rescinded his invitation after he sought permission to walk around and talk to people without any security cover.

Senior Congress leader Jairam Ramesh had hit out at the BJP-led government by tweeting: "When Indian political leaders have been prevented from meeting the people of J&K, what possessed the great chest-beating champion of nationalism to allow European politicians to visit J&K. This is an outright insult to India's own Parliament and our democracy."