On Tuesday, leaders of 22 opposition parties met Election Commission and asked it to ensure transparency and fairness in the counting process by verifying EVM results with VVPATs. 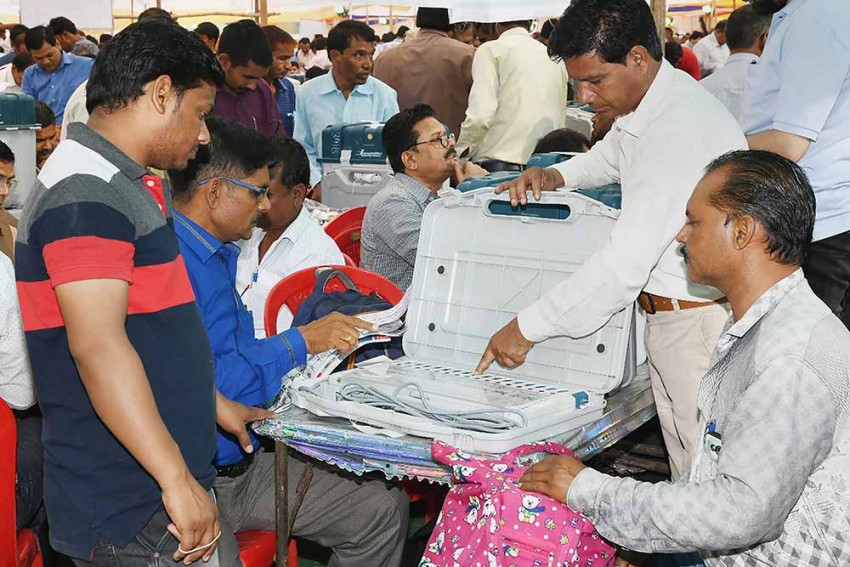 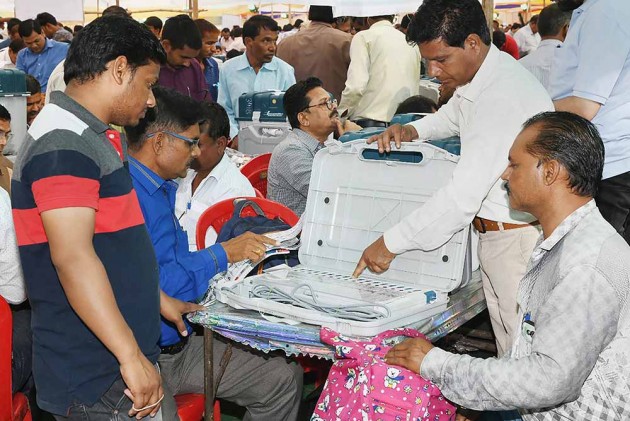 The Election Commission is learnt to have stuck to its plan of counting the paper trail machines slips at the end of counts and not in the beginning as demanded by opposition parties.

The Commission is also learnt to have decided to count postal ballots simultaneously with Electronic Voting Machine (EVM) count due to the "sheer size" of the ballots received this time from service voters.

Till now, the postal ballots were counted in the beginning followed by votes polled in voting machines.

The Commission on Wednesday is learnt to have decided to follow the established procedure of counting voter-verified paper audit trail (VVPAT) slips for the mandatory five polling stations per assembly segment of each parliamentary constituency at the end of the entire counting process.

The opposition parties which had approached the EC on Tuesday wanted five random VVPATs to be counted first so that if there is a problem or a mismatch, all VVPAT slips can be counted before it is too late.

Though EC had made it clear to the parties on Tuesday that the old protocol would continue, its top officials met Wednesday and decided to continue with counting the slips at the end.

The exact reasoning for sticking to the old protocol was not immediately clear.

As per procedure, postal ballots so far were the first to be counted.

The number of service voters stands at 18 lakh and these include personnel of the armed forces, central police force personnel and state police personnel who are posted outside their constituencies.

Out of the 18 lakh registered voters, 16.49 lakh have sent their postal ballots to their respective returning officers as on May 17.

The exercise of counting postal ballots manually will itself take a couple of hours at least, an EC official said.

"We don't want to hurry up, but at the same time, we do not want to slow down the counting either keeping in mind the number of such ballots received. Therefore, the postal ballot count could continue simultaneously with EVM result count," an official said.

You're Fighting For Truth, Don't Be Upset With Fake Exit Polls: Rahul Gandhi To Party Workers