The alleged money laundering came to light after the tax department carried out searches on his premises in Bengaluru, Kanakapura and New Delhi on August 2, 2017, which led to the seizure of unaccounted cash worth Rs 8.59 crore. 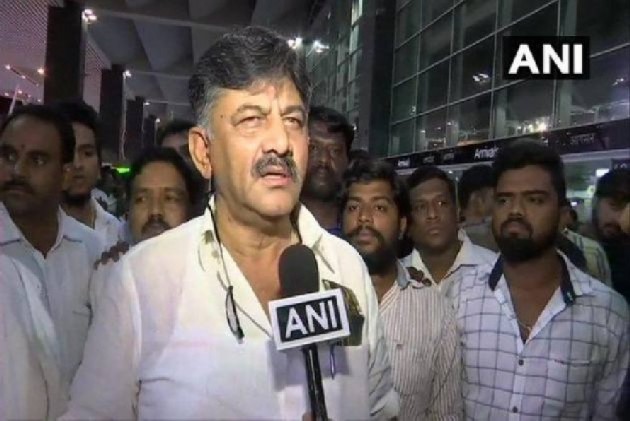 In more trouble for the Congress, the Enforcement Directorate (ED) summoned senior party leader from Karnataka D.K. Shivakumar for questioning on Friday in a money laundering case.

The Congress leader responded to the summons as "malafide" and said he will fully cooperate in the investigation.

Shivkumar has moved High Court on Friday seeking protection from arrest in the case filed against him in 2018 for the alleged violation of the Prevention of Money Laundering Act (PMLA), 2002.

"Shivkumar's counsel B.V. Acharya has filed a writ petition in the High Court for an urgent hearing on granting interim protection to him from arrest by the ED in the alleged money laundering case," party spokesman Ravi Gowda told IANS.

The ED has summoned the senior Karnataka MLA late on Thursday night to appear before it on Friday morning, but he informed the ED officials that he would be a bit late and appear before it by noon.

Responding to the ED summons, Shivakumar in a series of tweets said: "Have received a summons from ED late yesterday night at 9.40 p.m. asking me to appear at 1 p.m. in Delhi today."

"Although the sudden scheduling by the ED is malafide, I believe in the rule of law and will definitely participate and fully co-operate with them and abide by the law of our country," he said.

Shivakumar further tweeted: "The IT raid on me was politically motivated for hosting Gujarat Congress MLAs. As a loyal soldier of Congress and a responsible politician, I did what the party asked me to do, for which I am being targeted."

"I have full faith in legal systems and will face this legally as well as politically," he added.

Shivakumar has been on the Income-tax and ED radar since demonetisation in 2016.

The alleged money laundering came to light after the tax department carried out searches on his premises in Bengaluru, Kanakapura and New Delhi on August 2, 2017, which led to the seizure of unaccounted cash worth Rs 8.59 crore.