Dhankhar had to wait in front of locked Gate no 3 of the state Assembly, designated for the governor, even after he had informed about his visit. 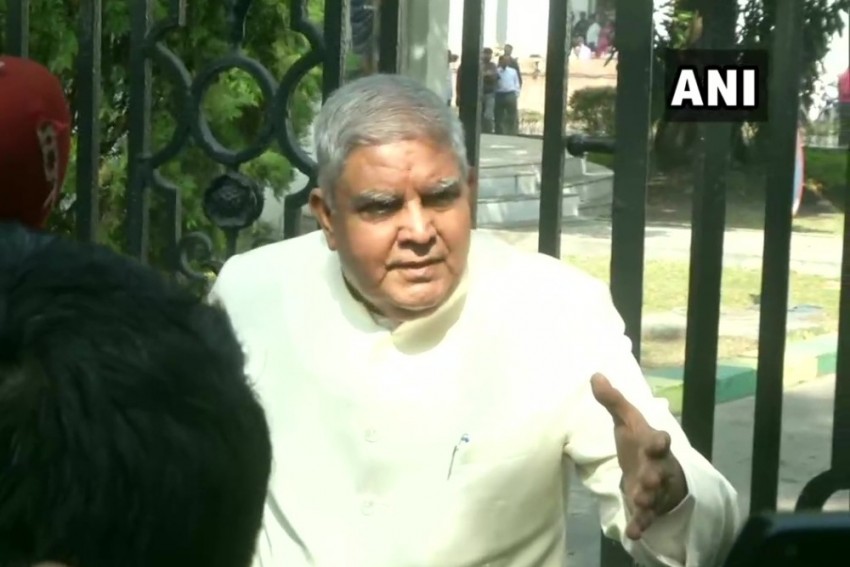 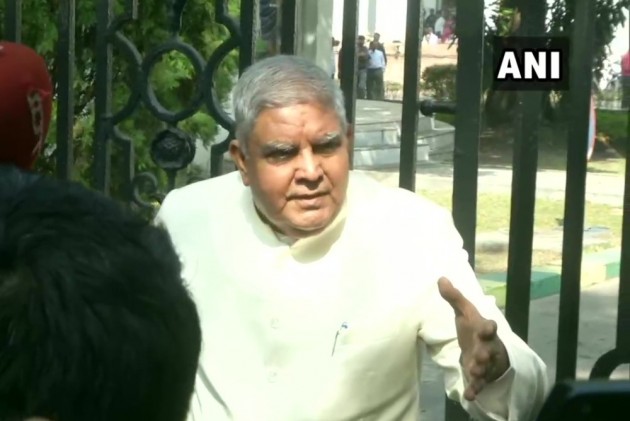 West Bengal Governor Jagdeep Dhankar on Thursday said democracy was being "humiliated" in the state even as the ongoing rift between him and Chief Minister Mamata Banerjee escalated.

Dhankhar on Thursday morning had to wait in front of locked Gate no 3 of the state Assembly, designated for the governor. Later he entered the Assembly premises through Gate no 4, meant for media persons and officials.

The incident has put the country's democratic history to "shame", he said speaking to the media.

"The governor's gate being locked has put our democratic history to shame," Dhankhar said.

"I will never cow down and do everything to uphold the Constitution," Dhankar said.

"Why is the gate no 3 closed? Despite my prior intimation, the gate is closed. The Assembly being adjourned does not mean it is closed," he said after claiming he was invited by the Speaker of the Assembly to come and was offered lunch.

Dhankhar had on Wednesday written to West Bengal Assembly Speaker Biman Banerjee expressing his desire to look into its facilities and also visit the library.

According to Assembly norms, gate no 3 is designated for the governor's entry and exit.

The speaker had abruptly adjourned the House for two days till December 5 as the bills which were scheduled to be placed could not be tabled as they were yet to receive the nod of the governor, the speaker had said in the Assembly on Tuesday.

"My purpose is to see the historic building, visit the library. Assembly not being in session does not mean the Assembly has to be closed. The entire secretariat has to be open," he said.

This comes a day after Dhankhar visited the Calcutta University's College Street campus only to find no senior officials present, even as he hit out at the government alleging policy paralysis in the state's education system.

Seemingly insulted, Dhankhar who is also the university's chancellor, sniffed a political cause behind the absence of Vice-Chancellor Sonali Chakravarty Bondopadhyay despite informing her about the visit.

"I had sent a message to the VC that I am coming at 2 pm and will visit the university and its library. A regular message was also sent.... When I came here, you have seen, there was no one to receive me," said Dhankhar who was made to sit in a room by the varsity's staff.

The CU authorities, however, said the governor was informed beforehand that the meeting of the Senate, the highest decision-making body, will not take place on Wednesday.