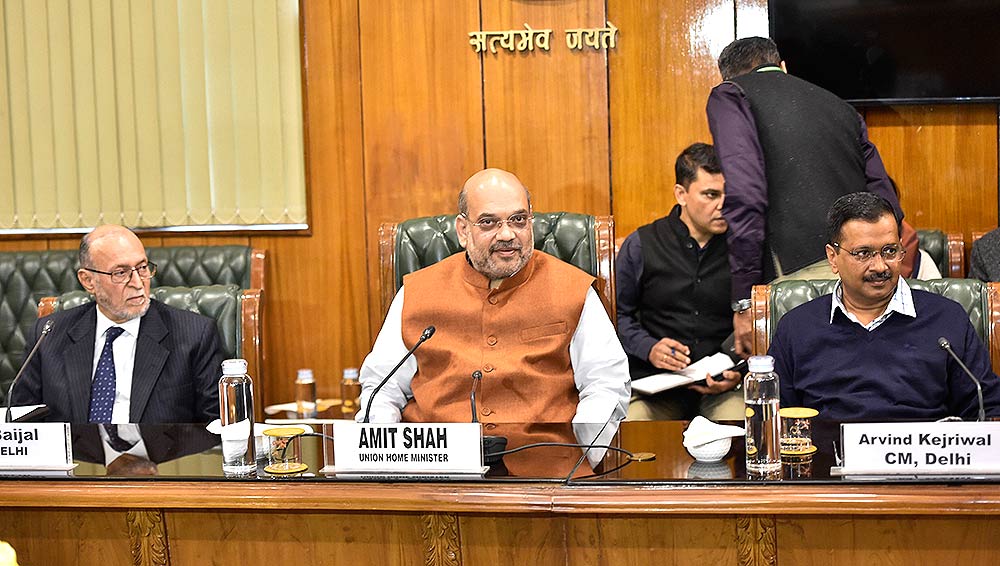 A high-level meeting convened by Union Home Minister Amit Shah on Tuesday resolved to enhance police-MLA coordination in Delhi and quell rumour-mongering so that the violence in the city could be stopped, sources said. (Catch live updates on Delhi violence here)

The meeting, attended by Delhi LG Anil Baijal, Chief Minister Arvind Kejriwal, Commissioner of Police Amulya Patnaik and others, also resolved that workers of political parties should join hands to restore peace in the city and peace committees be reactivated in all localities.

All those attending the meeting stressed that rumour-mongering had to be quelled, a source said

The leaders said police-MLA coordination has to be enhanced and workers of different political parties should join hands so that peace is restored.

Among those who attended the meeting were Congress leader Subhash Chopra and the BJP's Manoj Tiwari and Ramvir Bidhuri.

The meeting was called to discuss the prevailing situation in the national capital after violence in northeast Delhi over the amended citizenship law left seven people dead.

A head constable was among seven people killed and at least 50 others, including several paramilitary and Delhi Police personnel, were injured as violence spiralled over the amended citizenship law in northeast Delhi on Monday.