Prohibitory orders imposed under section 144 of the CrPC will be relaxed for a total of 10 hours on Friday. 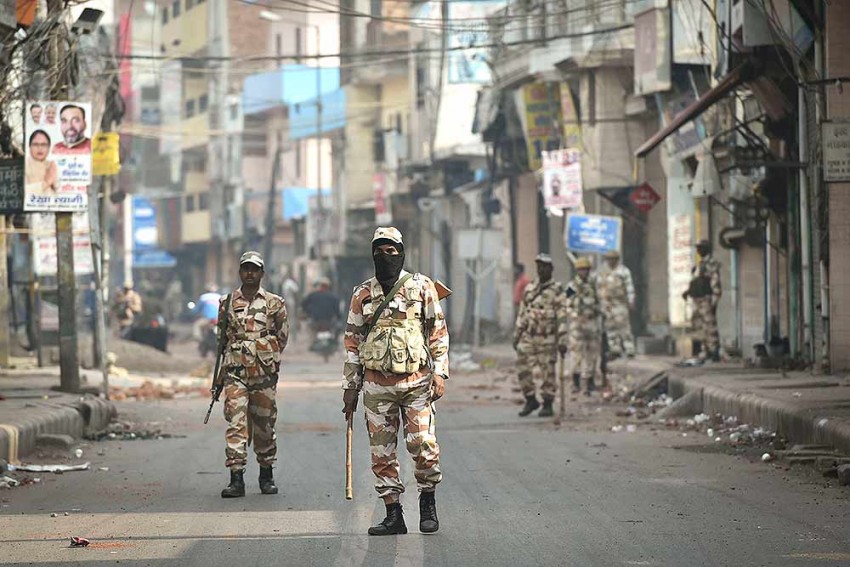 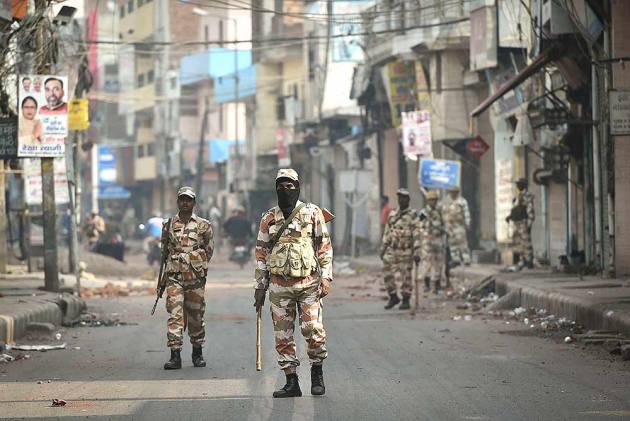 No major incident was reported from the riot-hit northeast Delhi in the last 36 hours, the Home Ministry said Thursday night.

The ministry issued the statement after Home Minister Amit Shah reviewed the situation in the violence-hit parts of the city in a meeting with seniors officials and top police brass.

The ministry said there was no major incident in the last 36 hours in any affected police station of Delhi's northeast district.

As many as 514 suspects were either arrested or detained for questioning and further arrests would be made in the course of investigation, it said.

Prohibitory orders imposed under section 144 of the CrPC will be relaxed for a total of 10 hours on Friday in view of improvement in the situation, the ministry said.

So 48 FIRs, pertaining to clashes, loss of lives and property, etc., have already been registered and further FIRs would be registered in due course and police has detained or arrested 514 suspects for questioning so far, the ministry said.

Further arrests would be effected in the course of investigation, it added.

The Delhi Police has separately set up two SITs for investigating serious offences.

Nearly 7,000 central paramilitary forces have been deployed in the affected areas of northeast District since February 24.

Besides, the Delhi Police has also deployed three Special CPs, six Joint CPs, one Additional CP, 22 DCPs, 20 ACPs, 60 Inspectors, 1,200 other ranks and 200 lady police under the overall supervision of Commissioner of Police to effectively guide and supervise police response so as to contain and normalise the situation, the statement said.

It said a total of 35 people have lost their lives in these tragic incidents since February 24 and the situation is slowly returning to normal.

However, hospital sources said the death toll has reached 38.

Among the dead include two security personnel. Besides, nearly 70 police personnel and senior officers have suffered injuries.

The home ministry requested the people not to lay credence to any rumour.

Adequate steps have been taken to ensure medical support to the injured, the ministry said.

As a confidence-building measure among different sections of the society, the Delhi Police has started holding peace committee meetings across Delhi to normalise situation and improve inter-community harmony, the statement said.

Such peace committee meetings would continue till situation normalises, it added.

So far, the statement said, nearly 330 peace committee meetings have been organised in various districts of Delhi in the last two days.

Other civic agencies, it said, are also ensuring the civic amenities to the citizens is restored as soon as possible.

Movement of traffic on the highway and connecting roads is returning to normal, the statement said.

Union Home Minister Amit Shah has appealed to citizens not to believe in rumours and fall prey to evil designs of miscreants and groups interested in precipitating communal tension.

The statement said only 12 police stations out of the 203 PSs in Delhi (about 4.2 per cent of the geographical area) have been affected by the riots, while normalcy and communal harmony has prevailed elsewhere in the national capital.

The Delhi Police is mandated and obligated to provide security to all sections of society irrespective of caste and religion, it said.