Delhi Riots: Court Pulls Up Police For Lack Of Supervision Into Probe By Senior Officers

The court made the observations while dismissing a revision petition filed by Delhi Police. 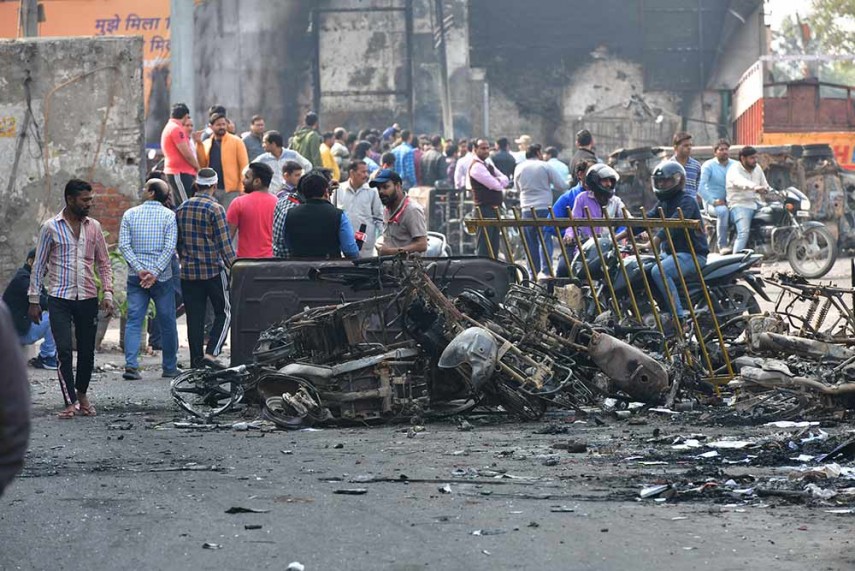 A Delhi court pulled up the police, on Monday,  over investigations in the northeast Delhi riots last year, saying there was a complete lack of supervision of probe by senior officers of the district.

Additional Sessions Judge Vinod Yadav made the observations while dismissing a revision petition filed by Delhi Police against an order by a magisterial court to lodge separate FIRs on the complaint of one Nishar Ahmed.

The sessions court noted that instead of filing two FIRs, the police had clubbed Ahmed's complaint with another plea, that was related to only a single incident that took place on February 25, 2020, without realising that his complaint disclosed the acts of two separate dates - February 24 and another of February 25.

“I do not find any substance in the present petition filed by the State. The investigating agency has evidently been found to be on the wrong side of the law. This Court has found in several cases of riots in the entire length and breadth of police stations in northeast Delhi that there was a complete lack of supervision of the investigation(s) by the senior police officers of the District.

“All is not over yet. If the senior officers now look into the matter(s) and take remedial measures required in the matter(s), so that justice could be given to the victims,” the judge said.

Ahmed had filed a complaint stating that on February 25, 2020, a riotous mob vandalized and looted his house in the Gokalpuri area and set fire to his two motorcycles parked outside.

The complaint also claimed that the incident took place after a clarion call was given on February 24, 2020, to the persons of a particular community to go and vandalize and put on fire the houses of persons of another community.

The police had clubbed his complaint with an FIR that was related to the incidents that took place on February 25, 2020, without mentioning anything about February 24, 2020 incident.

He had approached a magisterial court, which had directed the police to lodge two separate FIRs, one related to the incidents of February 24 and the other of February 25.

The police, however, approached the sessions court against the order passed by the Metropolitan Magistrate.

Even the offence of criminal conspiracy, prima facie made out in relation to the February 24 incident, was not been invoked by Delhi Police in any of the cases where either the respondent is complainant or witness, the judge noted.