A plain reading of FIR No. 59 doesn’t provide any substantive evidence against the accused. In fact, no section has been invoked and only two accused have been named by the police. 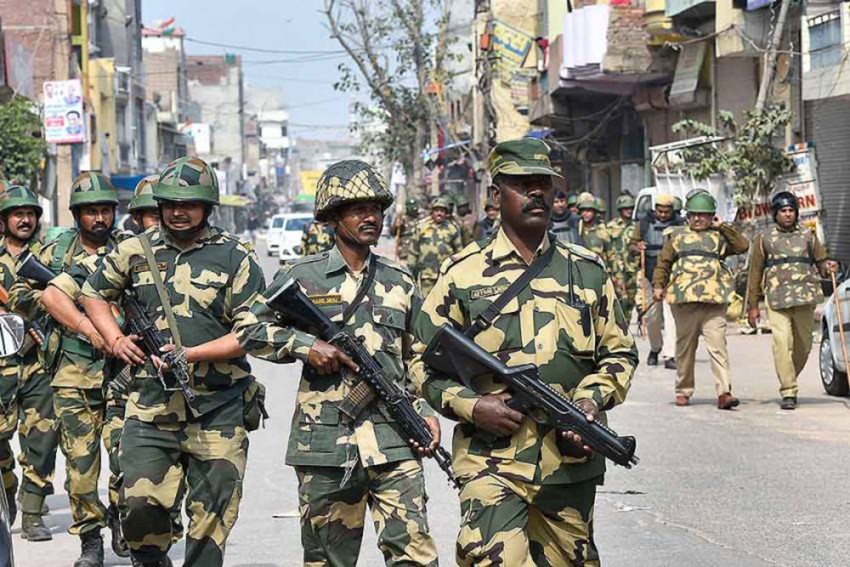 Security personnel patrol a street in North-East Delhi in February.
PTI File Photo
Jeevan Prakash Sharma September 17, 2020 00:00 IST Delhi Riots 2020: Here’s Why FIR No. 59 Is So Crucial To The Case 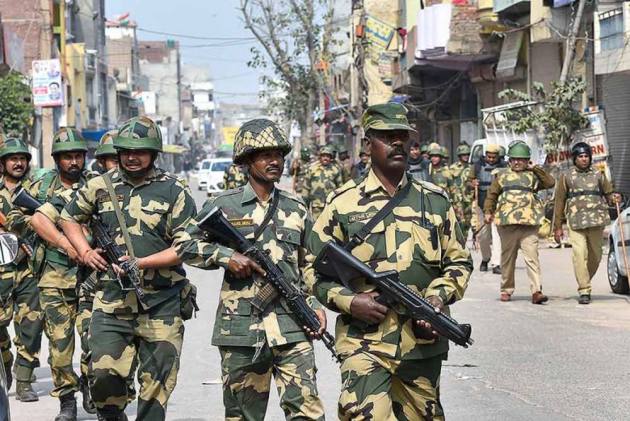 The Delhi Police has filed chargesheets against 15 accused, alleging that the Delhi riots that took place in February were the result of a pre-planned conspiracy. Delhi Police has invoked various sections of the Unlawful Activities (Prevention) Act (UAPA) along with the Indian Penal Code in the case. The case emanates from FIR No. 59, which was lodged by Delhi Police’s Crime Branch on March 6, 2020.

There are over 750 FIRs lodged to date, in the riots cases against offences such as giving communally insinuating speeches, creating religious hatred, looting, arson, destroying public and private property, causing injury and murder among others.

However, FIR No. 59 is the most crucial one and has invited wide criticism. Police has alleged that the riot was a pre-planned and the protest against the Citizenship Amendment Act (CAA), prior to that, allegedly created a communally-charged atmosphere that lead to the communal clashes in February.

To date, over 20 accused persons including Ex-Jawaharlal Nehru University (JNU) students and Jamia Milia Islamia students, have been arrested in this particular case and according to the police, many more are still absconding. Umar Khalid, the Ex-JNU student’s arrest was the most recent arrest in this case.

Jamia Millia Islamia PhD scholar Safoora Zargar is the only accused who was granted bail by the Delhi High Court. She was granted bail on humanitarian grounds as Zargar was pregnant during her arrest. Rest of the accused are in judicial custody and courts have dismissed their bail pleas.

A plain reading of the FIR doesn’t provide any substantive evidence against the accused. In fact, no section has been invoked and only two accused – Umar Khalid and Danish – have been named.

Sub-inspector Arvind Kumar, the complainant in FIR No. 59, has alleged that one of his informers revealed to him that the conspiracy to cause communal riots was hatched by Ex-JNU student Umar Khalid and his friends who are associated with different organizations.

Kumar’s informer apparently told him that the riot was purposely coincided with the visit of the US President Donald Trump so that it could generate international propaganda about minorities being tortured in India.

The FIR has further alleged that the firearms, petrol bombs, acid-stone-slingshots, and other dangerous articles were gathered at various places in North-East Delhi.

What evidence does the police have to support its claim?

It is learnt that the police has heavily relied upon technical data and WhatsApp chat records of the 15 accused persons named in the chargesheet.

However, the police has been able to provide only limited details of the investigation in the form of arguments, while it opposed the bail applications of the accused in courts.

Criminal lawyers say that police cannot open details of the investigation at this stage because it will hamper further course of investigation.
The Special Public Prosecutor (SPP) in this case, has told the court on numerous occasions that the ongoing investigations conducted after the filing of the FIR has led to the Police acquiring vital shreds of evidence, both technical and manual, which are part of the case diary of the Investigation Officer (IO).

However, since only the judge and the public prosecutor can access the case diaries, it is not known what kind of human or technical evidence Delhi Police has gathered to date. While opposing all the bail applications of the accused, the public prosecutor has primarily narrated the allegations made in the FIR 59.

The prosecution has also been largely tight-lipped about vital details. For instance, while demanding 10-day police custody for Umar Khalid, the SPP told the court that Khalid’s mobile phone was seized and more than 40 GB data was extracted by the Indian Computer Emergency Response Team, a nodal agency under the Ministry of Electronics and Information Technology. In all the cases, lowers courts have held that prima facie charges look genuine.

Amitabh Rawat, Additional Session Judge, Karkardooma Court, said while granting 10-day police custody, “The case diary is being produced for examination for subjective satisfaction of this court prior to the grant of police custody remand. Since technical data and other material is substantial which needs to be confronted, it is necessary that 10 days of police custody remand be granted.”

However, it is not known whether the data obtained from Khalid’s phone has any co-relation with the Delhi riots.

'Sushant Not A Rajput, They Don't Hang Themselves': RJD MLA Stirs Controversy