This is the 19th time in the ongoing COVID-19 pandemic that Delhi has witnessed no death due to the deadly virus. 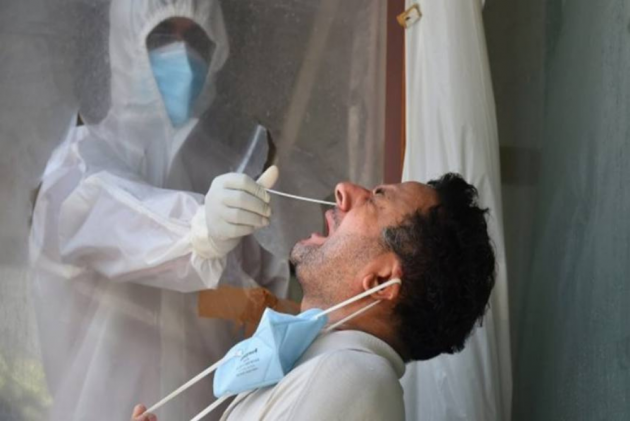 Delhi continued to record no death due to COVID-19 for fourth consecutive day on Sunday.

According to the daily health bulletin, 31 new cases were reported in the national capital with a positivity rate of 0.04 per cent.

In the last 24 hours, 32 patients have been discharged from the hospitals in Delhi.

On March 2, the national capital had reported zero death due to the virus. The number of single-day cases was 217 on that day and the positivity rate was 0.33 per cent.

The second wave of the pandemic swept through the city in April-May.

No death due to COVID-19 was recorded in Delhi on Saturday, while 29 fresh cases were reported with a positivity rate of 0.04 per cent.

On Friday, 46 fresh cases were recorded with a positivity rate stood at 0.06 per cent, while no death was reported due to COVID-19, according to official data.

On Thursday, 45 fresh cases were recorded with a positivity rate of 0.06 per cent.

On Wednesday, the city registered 35 cases and one fatality due to the infection, while the positivity rate stood at 0.05 per cent.

Despite a fall in the number of daily cases in the last several days, Chief Minister Arvind Kejriwal had earlier cautioned people, saying the chances of a third wave are quite real, while asserting that his government is preparing on a "war-footing" to combat it.

Delhi was reeling under a brutal second wave of the pandemic, claiming a massive number of lives daily, with an oxygen shortage at various city hospitals adding to the woes.

Since April 19, both the daily case count and the number of single-day deaths were spiralling up, with over 28,000 cases and 277 fatalities recorded on April 20, rising to 306 fatalities on April 22. On May 3, the city registered a record 448 Covid deaths, according to official data.

Delhi Health Minister Satyendar Jain had earlier said the city's medical infrastructure was being ramped up and 37,000 hospital beds dedicated to COVID-19 patients were being set up to tackle the anticipated third wave of the pandemic.

A total of 71,634 tests, including 52,636 RT-PCR tests and 18,998 rapid-antigen tests, were conducted a day before, according to the health bulletin issued on Sunday.

The number of cumulative cases stood at 14,37,716 on Sunday. Over 14.12 lakh patients in Delhi have recovered from the virus, the bulletin said.

The number of fatalities stand at 25,080 while the case fatality rate is 1.74 per cent, the bulletin said.

The number of active cases decreased to 392 on Sunday from 393 a day before, according to the bulletin.

The number of people under home isolation was 101 on Sunday, same as the previous day, while the number of containment zones increased to 172 from 160 on Saturday, the bulletin said. (With PTI inputs)