He was accompanied by his family, Deputy Chief Minister Manish Sisodia and AAP leader Sanjay Singh. 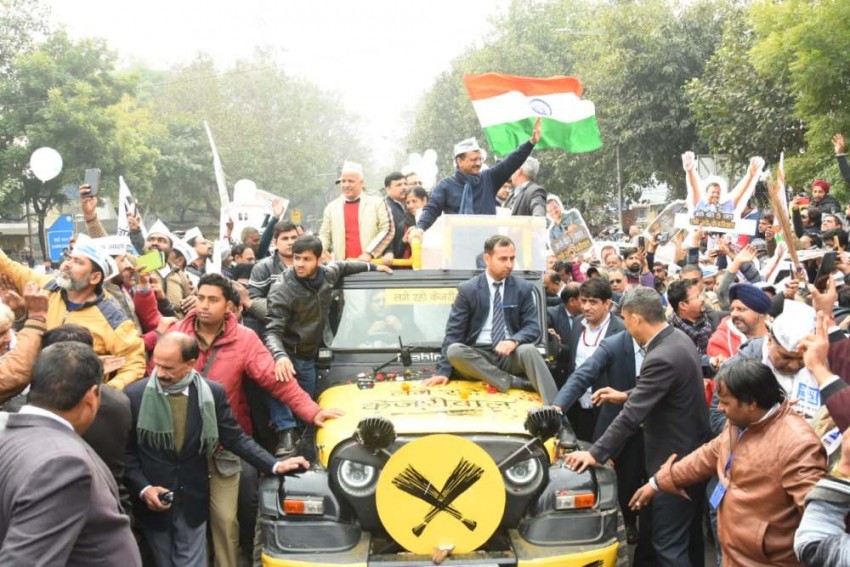 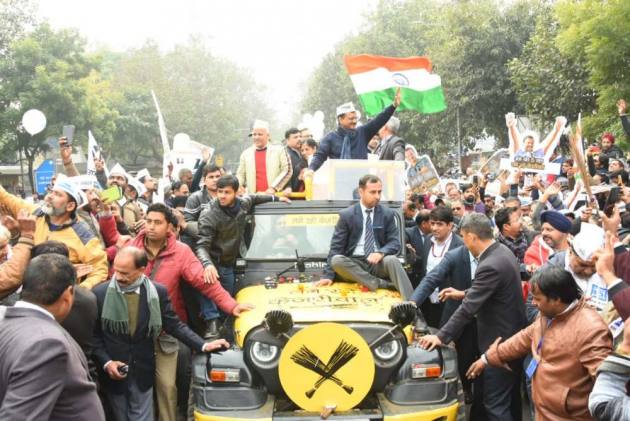 Delhi Chief Minister Arvind Kejriwal will now file his nomination on Tuesday due to the delay caused by his roadshow on Monday.

Kejriwal was going to file his nomination Monday afternoon but due to a delay in the roadshow, he was unable to do it.

He will file his nomination from Jamnagar House, party functionaries said.

Kejriwal held a roadshow on the way to file his nomination for the New Delhi assembly seat at the sub-divisional magistrate in Jamnagar on Monday afternoon.

The Aam Aadmi Party leader sought blessings at the Valmiki temple before starting his rally.

Scores of supporters walked in the rally holding brooms as he waved to them and flashed the victory sign amid chants of "acchhe beete panch saal, lage raho Kejriwal" (5 years went well, go on Kejriwal).

He was accompanied by his family, Deputy Chief Minister Manish Sisodia and AAP leader Sanjay Singh.

Contesting for the third time from the same constituency, the incumbent CM began the roadshow from the Valmiki Mandir to Hanuman Mandir before filing the nomination.

"Many halts of the Aam Aadmi Party started from the historic Valmiki temple in New Delhi. It was from here in 2013 that we took a 'broom' for the first time to clear politics. Today, once again taking the blessings of Lord Valmiki, I will go to fill my nomination," Kejriwal tweeted in Hindi.

Kejriwal, who is also AAP's national convenor, on Sunday guaranteed free public travel for students and basic facilities for unauthorised colonies in the city along with continuing the ongoing free subsidy on water and electricity in his 10-point "guarantee card" ahead of the February 8 Assembly polls.

Delhi is going to the polls on February 8 and the counting will be done on February 11. The last date of filing the nominations is January 21.

Both the Congress and BJP are yet to announce their candidates against him from the New Delhi seat.