A video of the incident in Tajpur road area was widely shared on social media, following which the police received a message from its cyber cell. 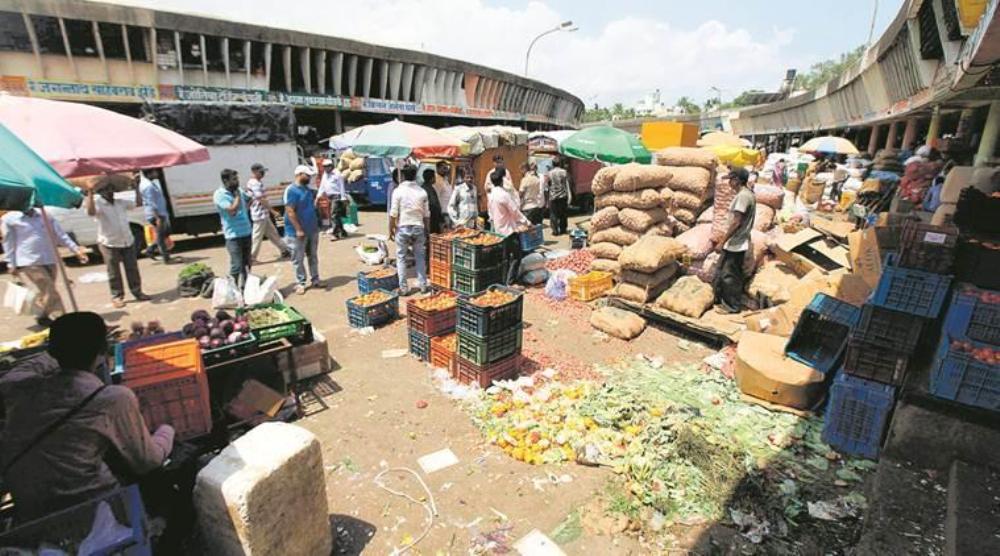 File photo of a vegetable market in Delhi.
PTI 2020-04-13T16:23:38+05:30 Delhi Man Arrested For Thrashing Vegetable Seller Who Identified Himself As Mohammad Saleem

Police arrested a man on Monday for abusing and thrashing a young vegetable seller with a wooden stick in southeast Delhi after the poor man failed to show an identity card but told him his name, officials said.

A video of the incident in Tajpur road area was widely shared on social media, following which the police received a message from its cyber cell.

In the video, Praveen Babbar, a resident of Badarpur Extension, is seen asking the vegetable seller to show his identity card but he could not. The man then angrily asks him his name and address. When the vegetable seller identifies himself as Mohammad Saleem, the man abuses him and beats him.

He also threatens him to not come in the locality without an ID.

When analysing the video, police said, they spotted a motorcycle bearing a Delhi registration. The police then contacted the vehicle owner, Sudhanshu,a resident of Molarband.

Babbar,who runs a tour and travel agency, told police that there were about 10 vegetable sellers in the area and he asked them to move from there as lockdown had been enforced but the young vegetable seller didn't move.

Seeing this, Babbar got angry and beat the victim, Meena said.

The vegetable seller told police that on April 10 at around 1.30 pm, when he was at Tajpur road, Babbar abused and beat him.

"We have arrested Praveen Babbar. Such incidents shall not be tolerated at any cost and law will take its course against such persons," the DCP said.

A case was registered against Babbar under IPC sections153 (wantonly giving provocation with intent to cause riot), 355 (assault with intent to dishonour person), 298 (uttering words with deliberate intent to wound the religious feelings of any person) and 323 (voluntarily cashing hurt) at Badarpur police station.

No Ban On Distribution Of Food By Volunteers, Groups, Says Tamil Nadu Govt