The unprecedented levy of 'special corona fee' resulting in overall increase in MR of liquor by 70 per cent was "arbitrary, uncalled for and bad in law", the petition has alleged. 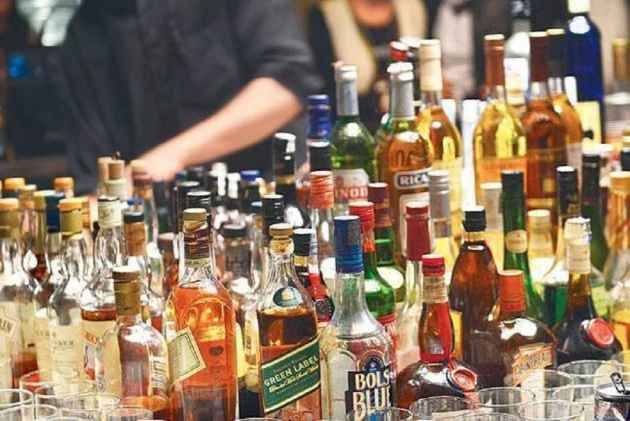 The Delhi High Court on Friday sought the response of the AAP government on several pleas challenging the levy of 70 per cent "special corona fee'' on the MRP of all liquor brands in the national capital.

A bench of Chief Justice D N Patel and Justice C Hari Shankar issued a notice to the Delhi government and sought its response, by May 29, to the petitions which seek setting aside of the May 4 notification imposing the levy.

While issuing the notice, the court declined to grant any interim stay on the notification for now and decided to wait for Delhi government's reply, one of the petitioners, Lalit Valecha, said.

Delhi government standing counsel Ramesh Singh accepted the notice on behalf of the administration and said a detailed reply would be filed, indicating the levy was valid.

A detailed order of the court is awaited.

The Delhi government imposed the "special corona fee'' on alcohol, a day after allowing re-opening of 150 state-run liquor vends in the city on May 3.

Valecha, a lawyer, has contended in his petition that the "special corona fee'' is in excess of what has been authorised by law and accordingly it is being collected arbitrarily.

In his petition, he has said the fee was an afterthought and an after-effect of the overcrowding and violation of social-distancing norms outside liquor shops on the first day of their reopening.

The unprecedented levy of 'special corona fee' resulting in overall increase in MRP (maximum retail price) of liquor by 70 per cent was "arbitrary, uncalled for and bad in law", the petition has alleged.

It has also claimed the MRP of liquor in Delhi includes all taxes and duties that have been imposed by the Centre or the state government for production, transportation, wholesale and retail sale of the product and increasing the MRP by 70 per cent by means of an executive order was "illegal and bad in law".

'How Can We Stop Them From Walking? Let States Decide': SC On Migrant Workers Trudging On Roads