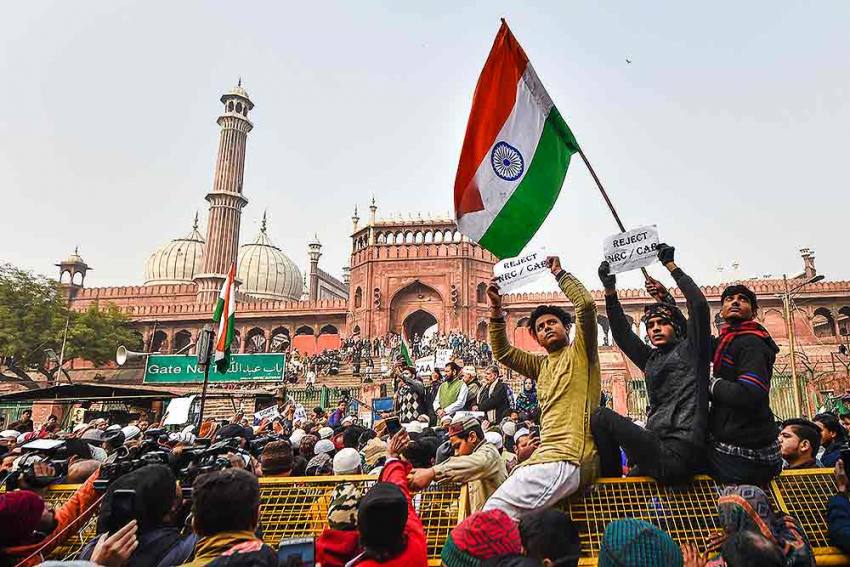 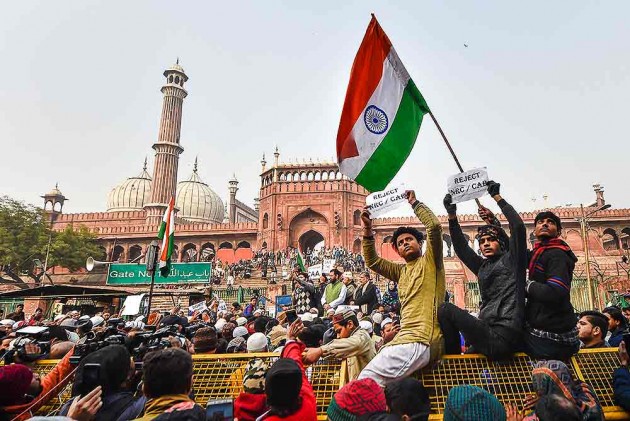 The protests against recent changes in the Citizenship Act continued peacefully on Friday amid a heavy deployment of security personnel and under drone surveillance in the national capital.

The day saw demonstrations outside Jama Masjid in the walled city area and at Jor Bagh in New Delhi even as a planned "gherao" of UP Bhawan by Jamia Millia Islamia students was foiled by police with protesters getting rounded up and detained soon after reaching the venue.

Cries of 'tanashahi nahi chalegi' (dictatorship will not do), 'CAA murdabad', 'Aazad ko azad karo' resonated through the day at several protest venues in Delhi.

Congress leader Alka Lamba and former Delhi MLA Shoaib Iqbal were among those who joined the demonstrations.

Lamba hit out at the BJP government saying "unemployment is the real issue in the county, but you (PM) are trying to put people in a queue for NRC, as it was done during demonetisation".

Security was beefed up and patrolling has been intensified across north-east Delhi to avoid any untoward incident ahead or after the Friday prayers.

In another demonstration, hundreds of people, with their hands tied together, marched towards Prime Minister Narendra Modi's residence to demand the release of Bhim Army chief Chandra Shekhar Aazad and to protest the amended Citizenship Act, but they were stopped midway by police.

Amid the heavy security arrangement and drone surveillance, the protesters, including Bhim Army members, started from Dargah Shah-e-Mardan in Jor Bagh in the national capital and were stopped by police at a barricade en route the PM's residence at Lok Kalyan Marg.

"We are protesting after tying our hands together so that they do not attack us and lie tomorrow that we were not protesting peacefully," said Majid Jamal, one of the participants.

Meanwhile, Jamia Millia Islamia students tried to reach the Uttar Pradesh Bhawan in Delhi to gherao it in order to agitate against the Yogi Adityanath government over the deaths during the anti-Citizenship (Amendment) Act protests in the state. But they were detained by police and later released.

According to Jamia Coordination Committee, the convener of CAA protest, the Uttar Pradesh government is "firing bullets" on the protesters agitating against the new citizenship law. Students have planned to register their protest against the state government.

Wajahat Habibullah, a former chairman of the National Commission For Minorities, said the new law is against the basic principles laid down in the Constitution.

'NRC or NPR, It's Tax On The Poor': Rahul Gandhi Slams BJP